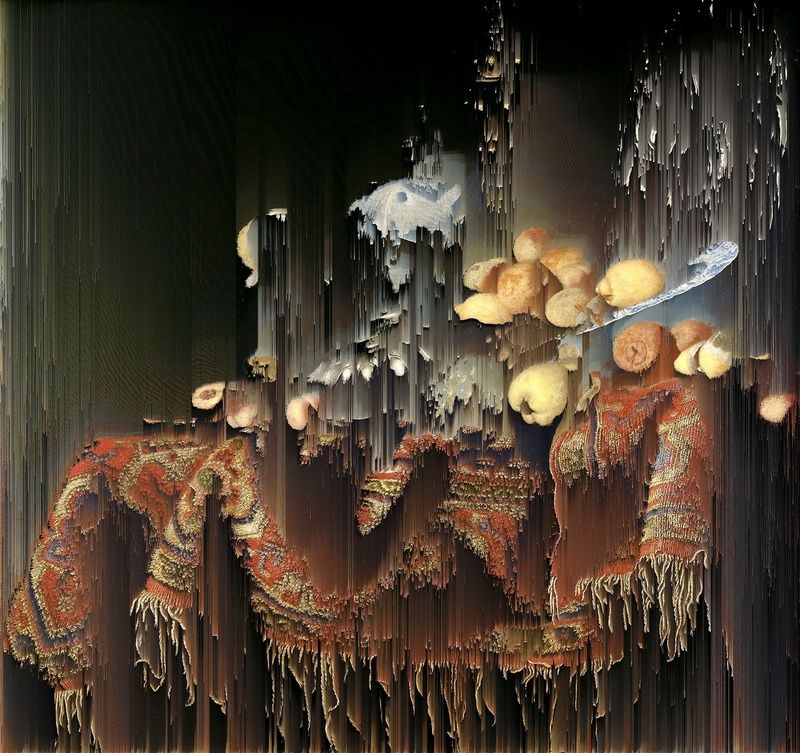 Unknown Knowns, a solo exhibition by Gordon Cheung, opens at Edel Assanti, London on 10 March 2017 and runs until 15 April.

The exhibition deals with a theme which has been of long term interest to Cheung - the mechanisms of historical revisionism, in other words the chain of decisions leading to the way in which world events are framed and presented. Its title is drawn from Slavoj Zizek’s addition of a fourth category to Donald Rumsfeld’s 2003 theory of knowledge:

This fourth category, Unknown Knowns, contains the things we don’t yet realise we know, the beliefs and the histories which form our active perceptions and behaviours.

In Unknown Knowns, Cheung presents two complex monumental triptychs that explore the evolutive production of the known. The works weave the imagery and stylistic influence of traditional Chinese landscape painting together with political narratives shaping the contemporary world. In A Thousand Plateaus, a forest in the mountains is dotted with ‘nail houses’. These houses refer to the Chinese proverb “The nail that sticks up will be hammered down”, which describes homes whose owners refuse to sell to state-sanctioned property developers, and which as a result become emphatic markers of the past within the new landscape formed around them. Cheung’s use of the nail house, which has become a politicised symbol of resistance in China, indicates the rhizomatic nature of the contemporary landscape: multiple politics, temporalities and cultural forms exist in the most ordinary of locations.

In Great Wall of Sand, Cheung combines elements of the practice of 3D Google mapping with the practice of ancient cartography to weave a narrative centred around the Chinese plans for the One Belt One Road initiative. The work shows a series of artificial islands, produced when coral was dredged up in the South China Sea as part of plans to develop a new ‘Silk Road’. The use of mapping employed by the artist is designed to emphasise the historic and ongoing interlacing of politics, ideologies, bodies and minerals with the production of maps.