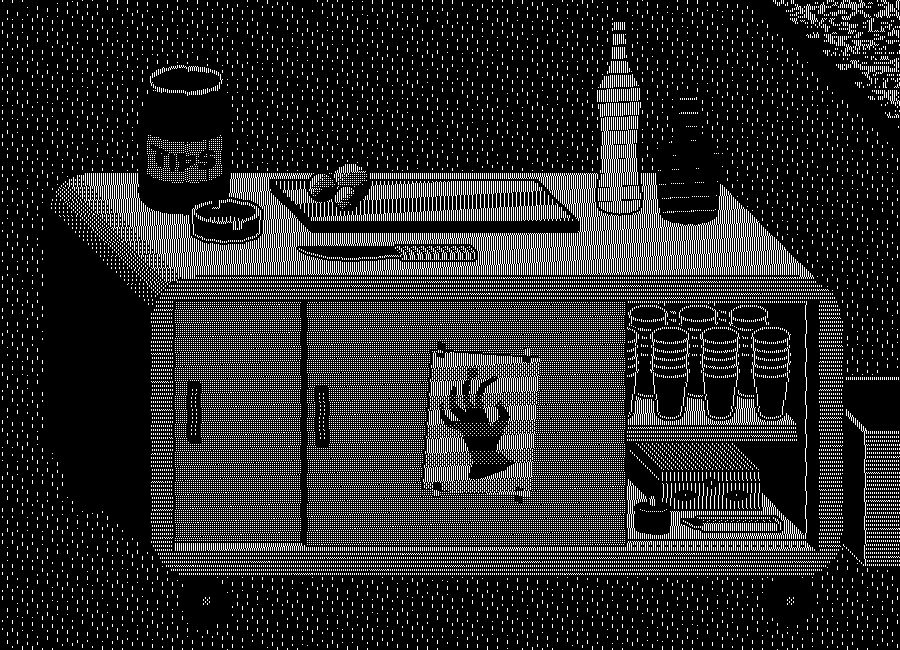 As part of a residency for Akademie Schloss, Nicolas Sassoon has created a series of GIF animations which explore digital spatiality.

SKYLIGHT was developed in July 2017 as part of the web residencies program by Akademie Schloss Solitude, Stuttgart & ZKM | Center for Art and Media, Karlsruhe on the topic FRACTAL HORSES (curated by Claudia Maté). The residency’s output was an animated GIF whose dimensions of 7680 x 2160 px make it vastly larger than standard screen sizes.

The GIF uses digital moiré and pixel patterns to depict an IRL physical space, an artist-run space in Canada which ran between 2014 and 2016 and was also named Skylight. The GIF shows the space in a transition phase, being set up for an event which Sassoon co-produced in 2016.

“SKYLIGHT (alongside previous works INDEX and AVENUE) considers the representation of undocumented spaces hosting cultural events on the fringe of legality. The animation is a subjective record of an existing space. It is drawn from memory and portrays the venue prior to a music event, mixing accurate elements with imaginary ones. SKYLIGHT employs idiomatic visual elements from Sassoon’s practice to evoke the culture and communities surrounding the venue: pixelated patterns, digital moiré, and isometric perspective are used to render a multitude of details, textures, and fictional elements. Through a process of recollection and imagination, SKYLIGHT manifests an environment that looks dated, idealized, and ethereal. The architecture appears floating through a starry night, void of human presence and seemingly charged with energy. SKYLIGHT offers a dreamlike and intimate experience of the venue, using minimal means of representation.” (text from the SKYLIGHT webpage)

By making a digital depiction of a now-defunct space in action, SKYLIGHT creates an overlap between physical and digital space, past and present, process and outcome. The work also opens up spaces for questioning the habitual use of, and presentation of files on, computers. The GIF’s unusual dimensions force the viewer to spend more time and mouse clicks than usual on navigating a file of this format. They may be led to ask, as a result, why there is a standard display for GIFs, and how the standard came about.

SKYLIGHT is available to view online at http://skylight.schloss-post.com/. Read an interview with Nicolas Sassoon about the artwork here. 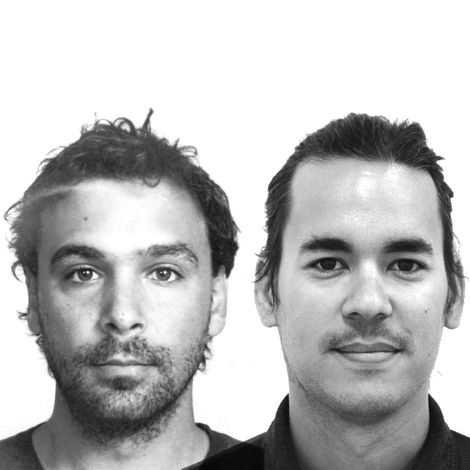 No Lemon No Melon: Group Exhibition At Flowers Gallery