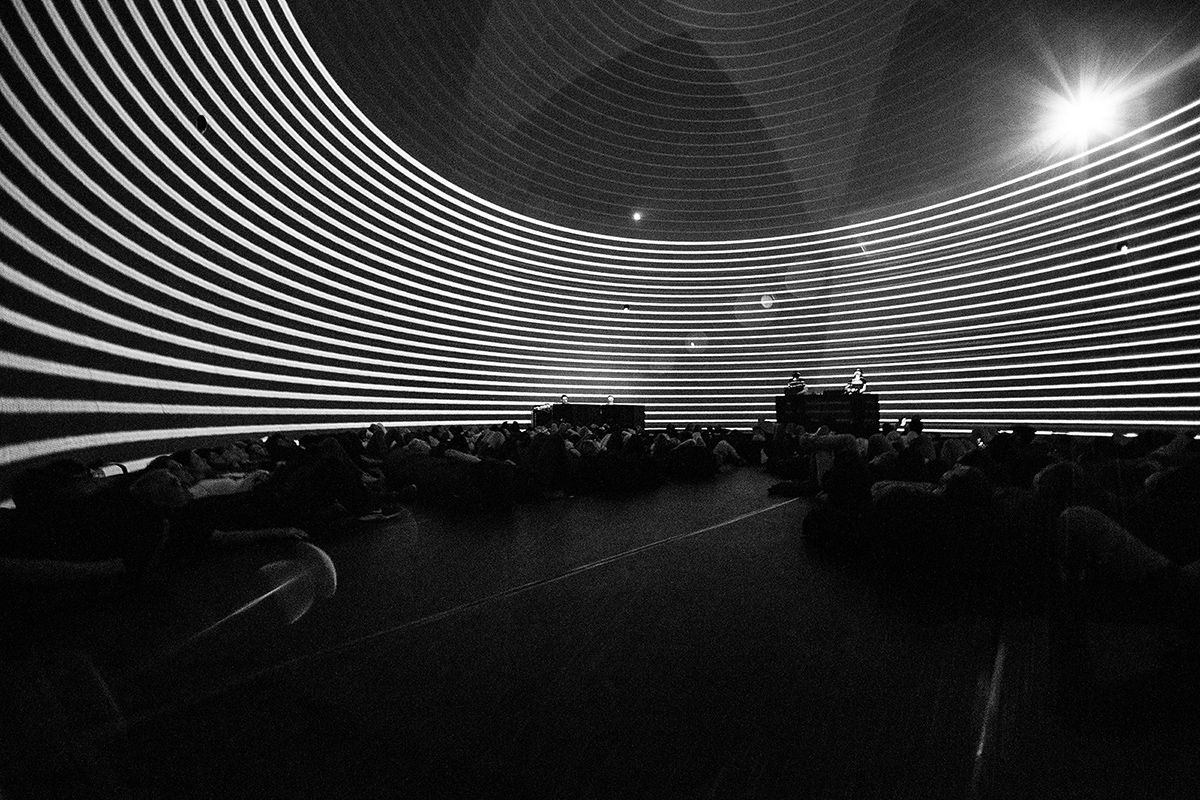 August 22 to 26th marked the 19th edition of MUTEK’s flagship festival of digital creativity and music in Montréal, and as per usual it served up a bounty of audiovisual delight. Once confined to the dedicated A/Visions program, projection, LED, and laser-based performance now splash across the entire festival. While much of this illumination is relegated to ‘background spectacle’ for techno, house, and experimental musicians to perform alongside, a number of the festival’s marquee visual artists comfortably move back and forth between the art world and ambitious audiovisual performance. This post highlights some of the works premiered and performed, which notably includes projects by some of Sedition’s finest. 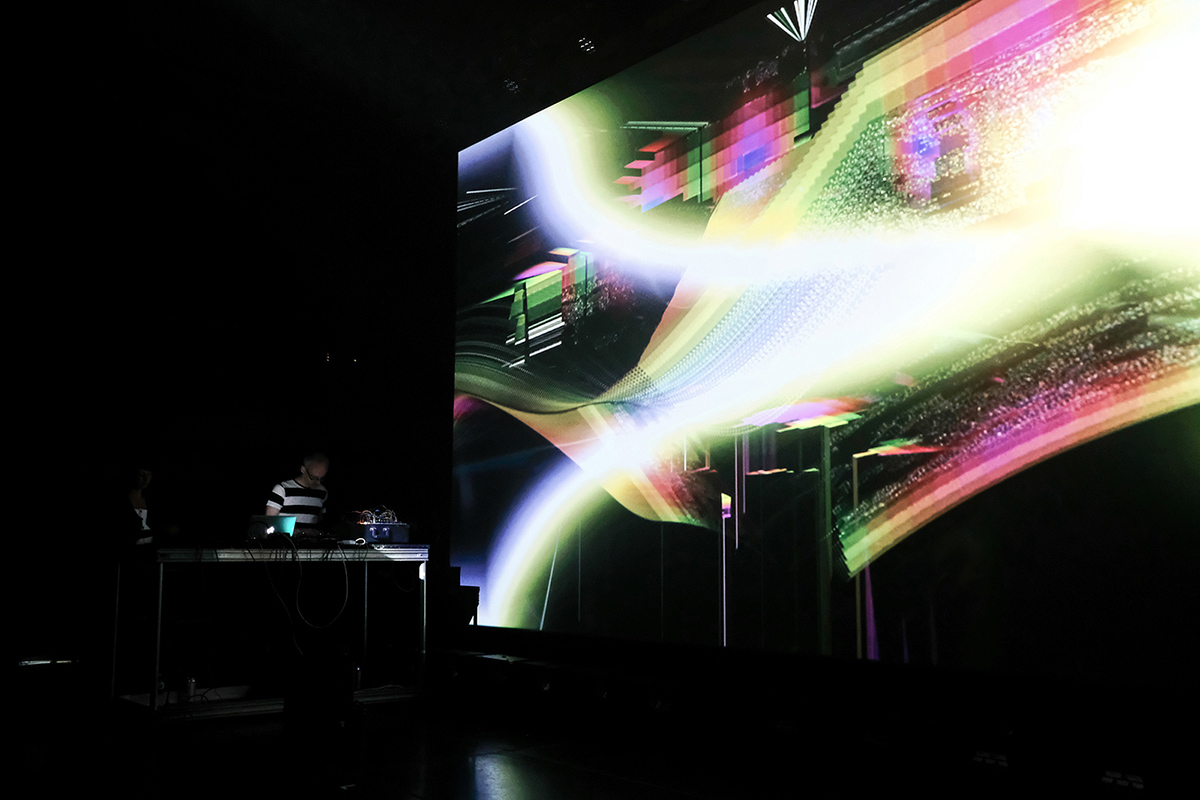 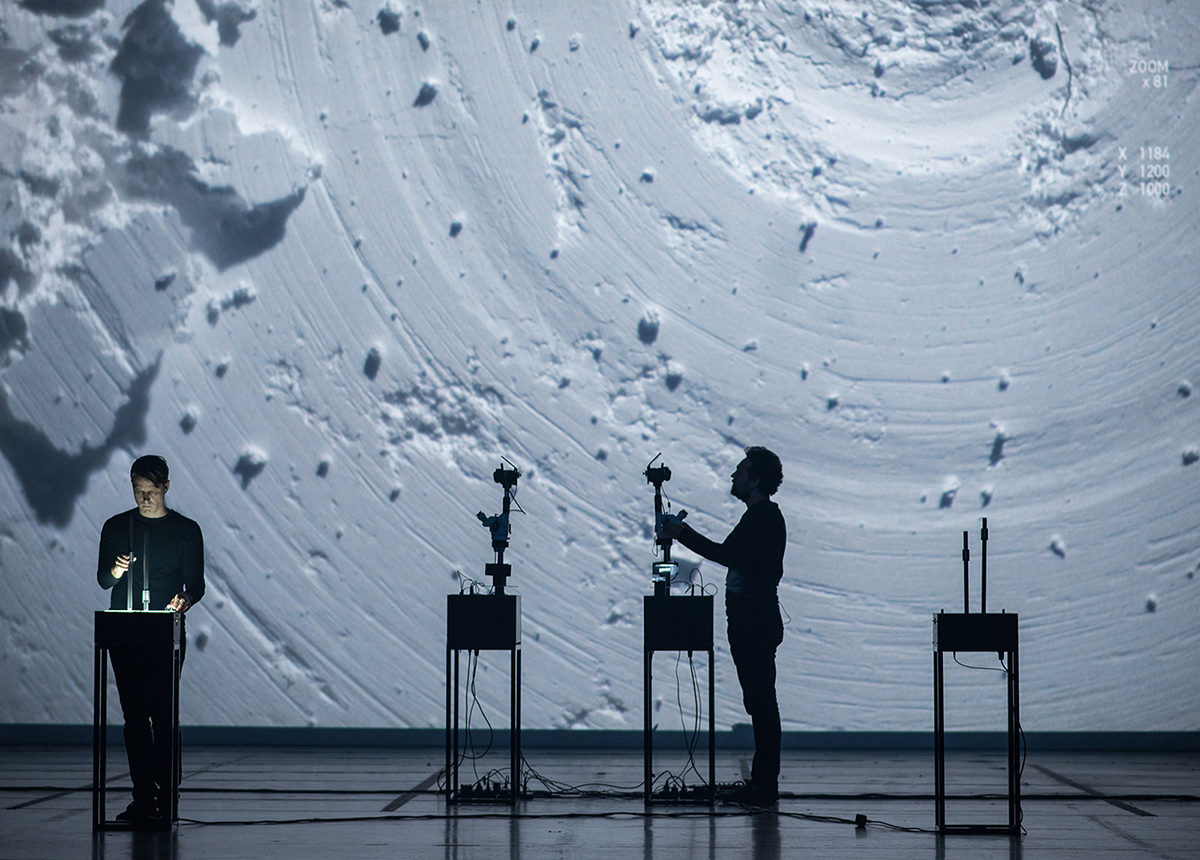 Zooming in from the city block to the microscopic , Martin Messier teamed up with Paris’ YRO to present the North American premiere of Ashes. Inspired by a fire that ravaged a material stash that was to be used during a residency, the pair embraced the blaze as a readymade. Scurrying back and forth between a pair of microscopes and gearshift-like controllers, the duo operated a camera system that panned and zoomed across slides of ashes and detritus in time with skittering electronic rhythms. When pulled, the levers applied band-pass filters to the underlying soundtrack and shifted between musical scenes—creating a performance perhaps best described as a cool counterpoint to the dramatic factory floor scenes in Frtiz Lang’s Metropolis. 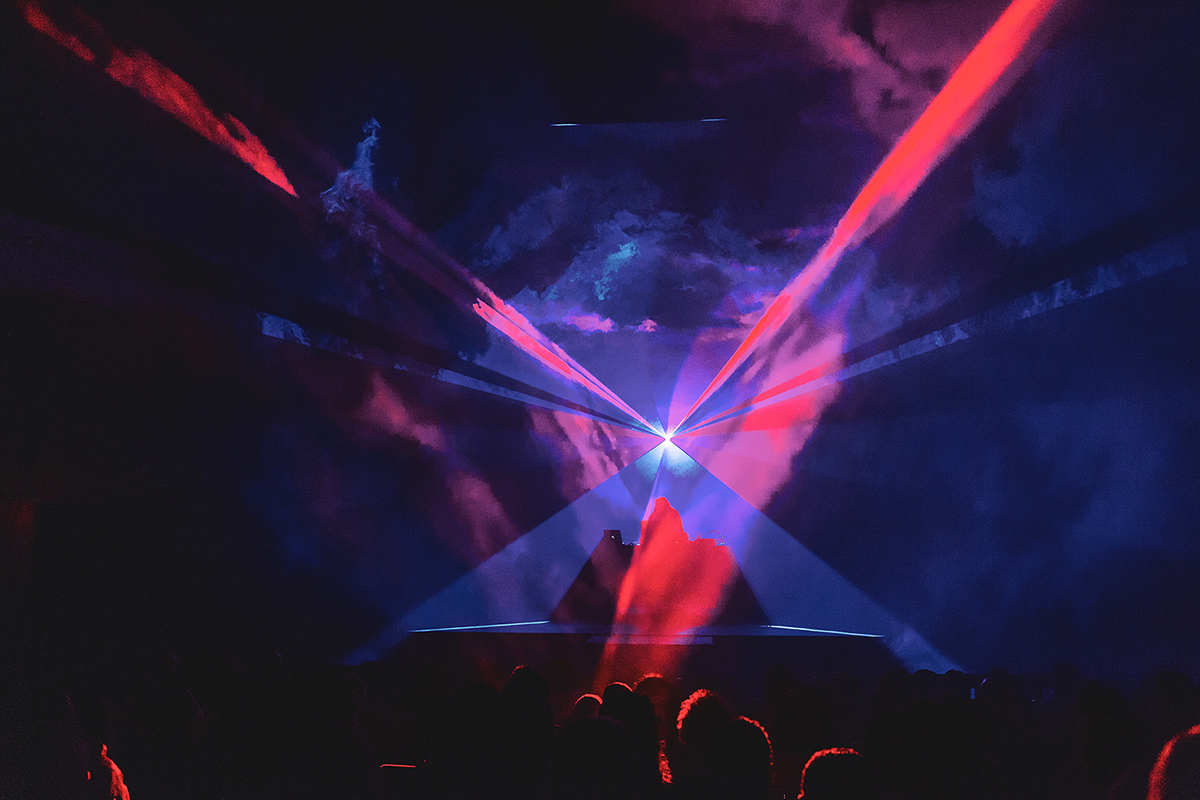 Lasers have been received ecstatically at MUTEK in recent years, if only as means to get ‘beyond the screen’ and activate entire spaces. Laser maestro (and Sedition artist) Robin Fox engaged in his 1:1 laser–music fusion, where every note and texture in his abstract compositions is matched by the jerky machinations of a matrix of laser beams (Russian light installation specialists Tundra also beamed brightly with their performance Nomad).

Nonotak (also with Sedition) also made a strong impression, taking full advantage of the Satosphere—a 360 degree projection environment at the SAT (Société des Arts Technologiques). For their performance, the duo took their signature monochromatic aesthetic and bathed the dome in immersive barcode-like striation and aliased geometries, while viewers lounged on pillows—soaking up the majesty.