Interview with fuse*: Making, Meaning, and the Multiverse 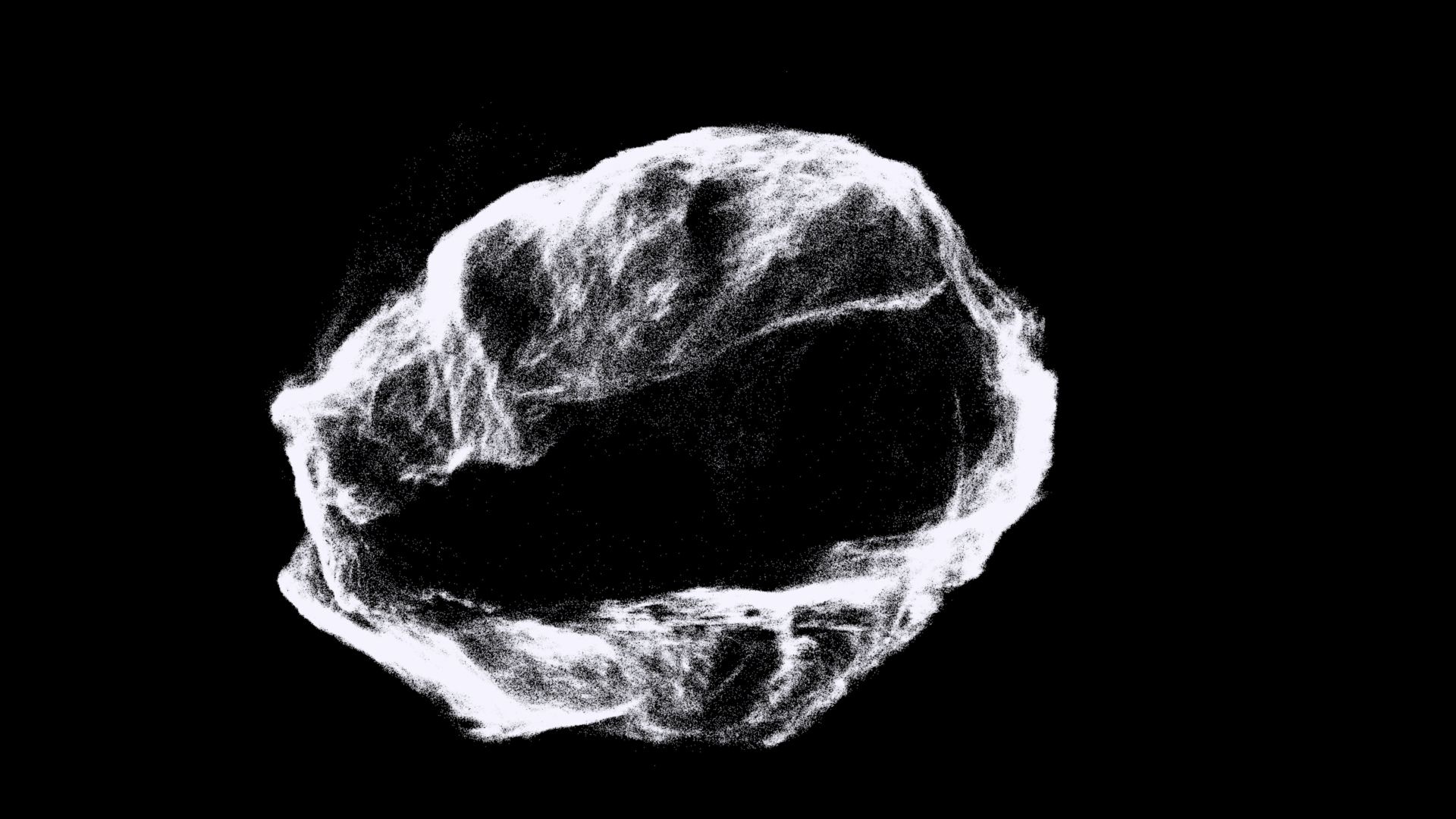 Designers of dynamic interactive experiences since their 2007 founding,

fuse* is an Campogalliano, Italy based studio exploring the intersection of art and science. And that is ‘capital S’ science, as the forces that drive their exquisite installations and performances are derived from theoretical physics, sentiment analysis, biometrics—cutting edge research. Careful inspection of their body of work reveals both a serious commitment to the craft of code and digital animation, and a deep reverence for the majesty of the universe.

fuse* have exhibited internationally at festivals including the Athens Digital Arts Festival, ACT Festival in South Korea, STRP Biennial in Eindhoven, and Milan Fashion Week. To coincide with the release of six new works on Sedition, we checked in with the fuse* team to talk about their recent works and enduring inspirations.

Amongst your recent interactive projects, you realize an aesthetic system inspired by theoretical physicist Lee Smolin (Multiverse, 2018) and more subjective metaphysical models (Dökk, 2017)—big, bold, universal themes. How do you even start projects addressing topics this expansive, and how do you design a corresponding aesthetics for perceptions and phenomena that are so intangible?

fuse*: When we start working on a new project, the exploration phase might begin from different starting points in parallel. Working in a team enables the inclusion of different perspectives, and once we have defined a perimeter in which we can move, we start to play with ideas and test options. For Multiverse, for example, one of the inspirations was the place where the installation was situated, in its first showing: a deconsecrated church located in Parma. We started by thinking about the possibilities that this space could give us in terms of architecture and meaning. We asked: what does it mean to realize something in a place where people go to look for answers to deep questions that in a certain sense go beyond space and time? Starting from this question, we looked for a way of allowing people to conceptually get out of the site and connect with everything that exists—the universe. The mirror system suggested the theme of the multiverse, and while exploiting it we found inspiration in Lee Smolin's theory. In a certain sense, his writings guided us in the definition of the graphics. Parallel to all this, we reasoned on what kind of emotional experience we wanted to make the spectator have, and the idea of ​​recreating a feeling of ‘suspension’ between different spaces led us in creating the music.

The theme is trying to work to inspire people on several levels, allowing viewers to live the work with different levels of depth and different points of view, as have been created. 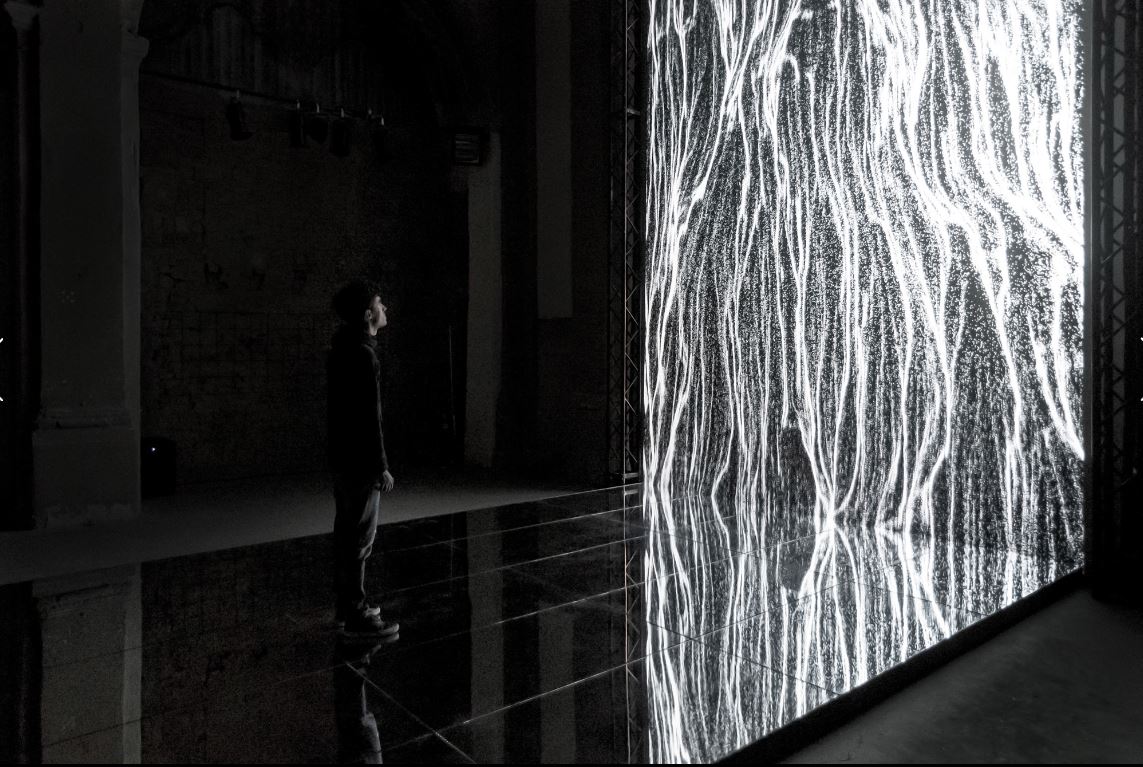 Like Smolin’s multiverse hypothesis, the system you create to represent it is generative. Could you talk a little about how you set up Multiverse to evolve with each viewing?

For Lee Smolin, our universe is only one in a much larger cosmos—a member of a growing community of universes, each one being born in a bounce following the formation of a black hole. In the course of this process, the values of the free parameters of the physical laws are reprocessed and slightly changed. His vision sees this cosmological natural selection as the main force responsible for the nature of our own universe. The ability to support life by our universe is seen as an offshoot of this process of self-organization. This model asks: why do the about twenty free parameters of the standard model of elementary particle physics and also some important cosmological parameters have the values they actually have?

We found this open question particularly intriguing, both for its real-life meaning and for its potential to be further explored in our realm. We then took advantage of this concept and tried to encode parameters that—while defining important elements responsible for the generation of the graphics—they could also be affected over time. They might change according to some internal or external impulse and even slight changes can lead to really different scenarios and aesthetic results. Each time the cycle begins and a new multiverse storyline unfolds, the scenes are then repeated but with different internal parameters giving birth to new behaviours and aesthetic results. I would say that the global process is a mixture of top-down strategies in which you design certain behaviors to look like you want and a generative tendency that takes advantage of open rules and enriches the results with variations, and gives life to a process that otherwise would be immutable in time.We also intentionally set one particular scene to be deeply influenced by random changes occurring inside the generative track. Those real-time generated signals are responsible for the variation of the music which in turn affect the particles behavior on screen. 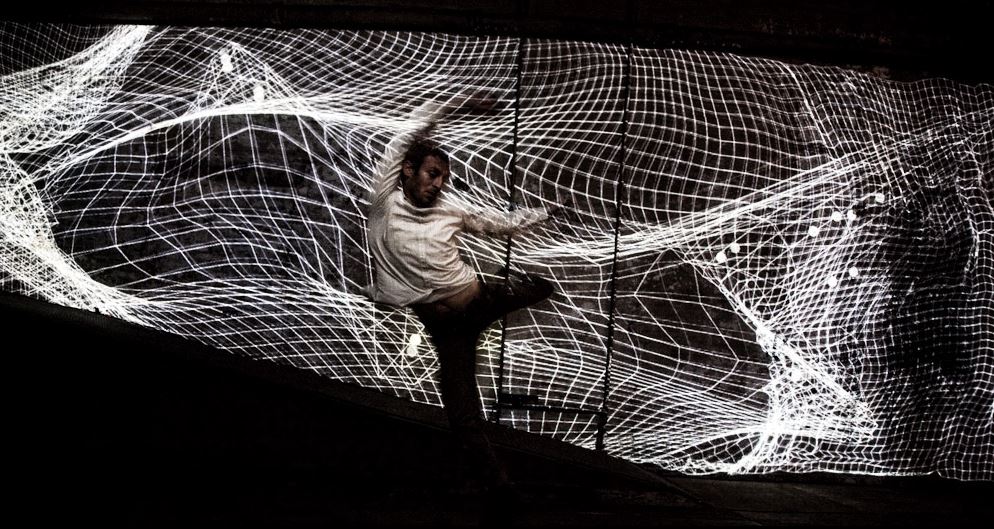 In looking through the earlier works in your portfolio, I noticed a bit of a jump from Snow Fall (2009)—an interactive installation that used computer vision to translate video of viewers into point clouds—to N 4.0 (2011), your first collaboration with a dancer. How did moving from engaging ‘viewers’ to ‘dancers’ inform how you build and refine your interactive systems?

N4.0 was born by chance; initially, the interaction had been thought to be with people who accidentally passed in front of the installation while we played live and moved this network with the sound produced. At the same time, the network interacted in different ways with people. With this idea, we went to present the project for the Celeste Prize final in New York at the Invisible Dog Art Center. A few minutes before the performance, Simon Courchel, an incredible dancer who worked at the venue asked us if he could improvise dancing during the performance. That evening a new universe of expressive possibilities was casually opened for us, merging the language of dance together with our visual and sound digital languages. From there we started exploring new ways and new technologies to make this connection between different languages ​​ever deeper. 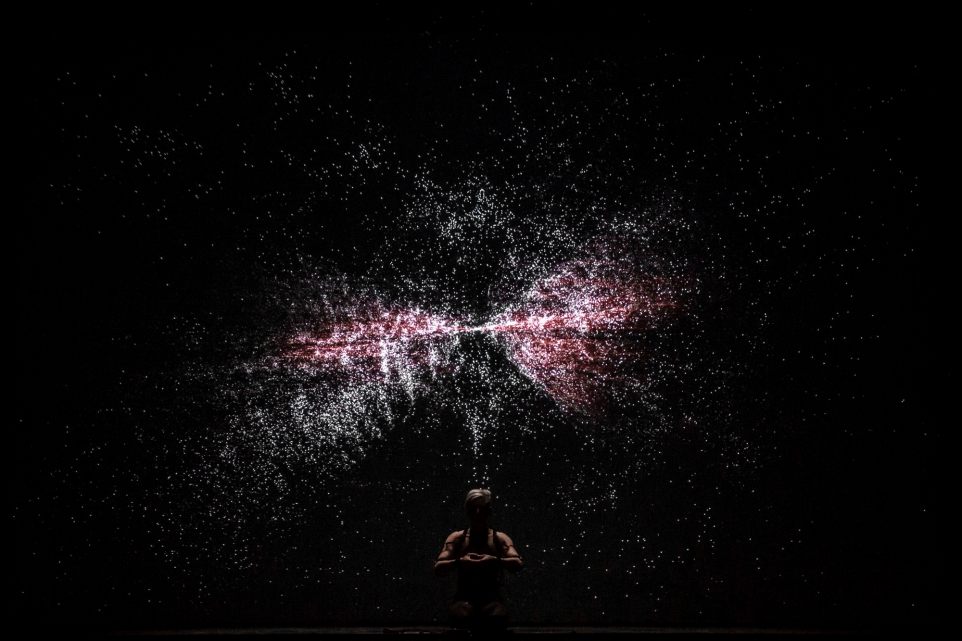 The aesthetics of many of your projects embrace the artificiality of the digital, but also seem to strive to be ‘something more’. What visual phenomena, natural processes, and theoretical models most inform your modes of representation?

As mentioned before, our studio consists of people with different backgrounds and points of view—each project represents in the team that worked on it. We are very attracted to the cognitive processes that lead to creating a personal perception of reality in the minds of people, and therefore we are fascinated by the idea of ​​altering this perception and transporting people into a parallel reality created by us. We seek inspiration in nature, starting from its laws and we like to look at it from a scientific point of view and then come to represent something more intangible as emotions, sensations and thoughts. 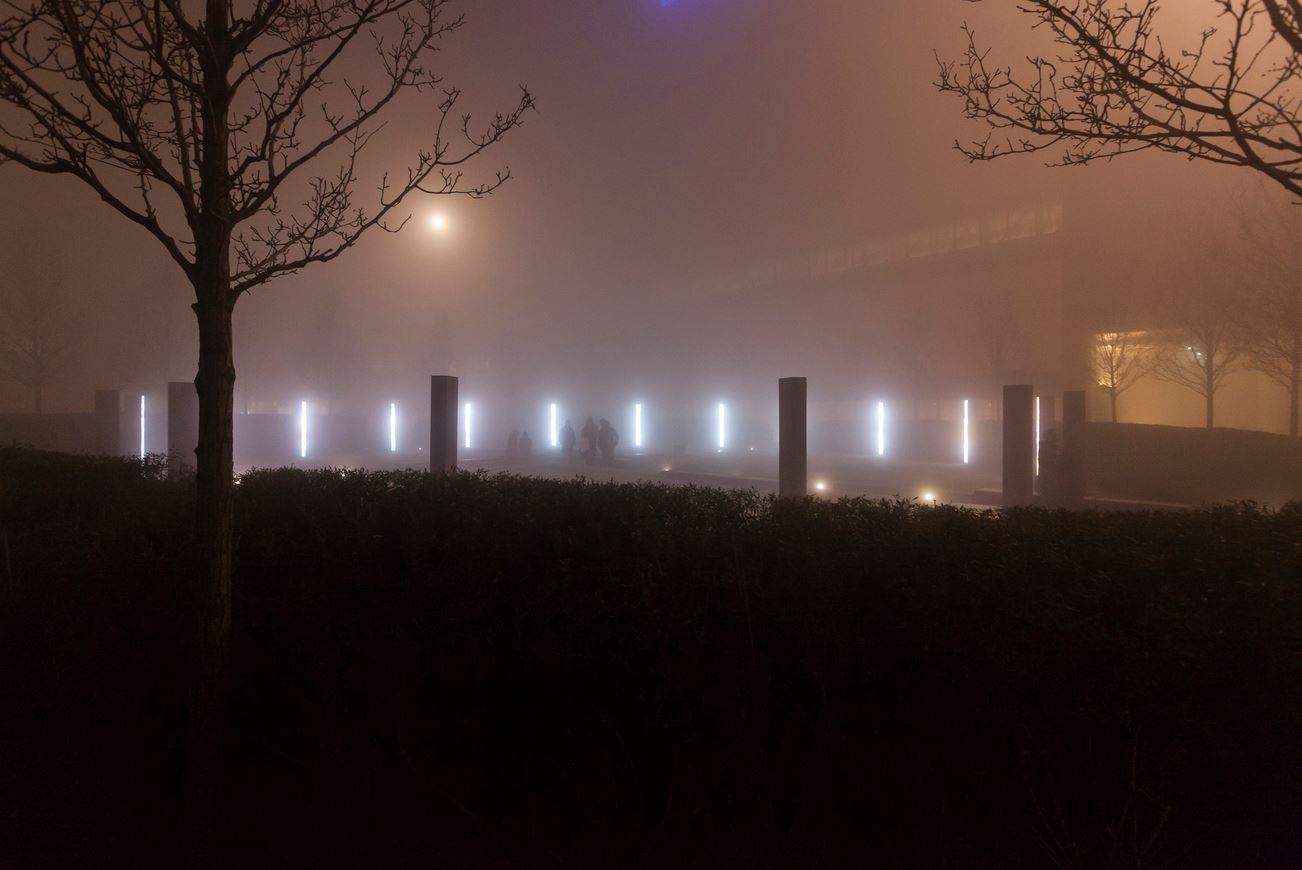 You simultaneously run a commercial arm, FUSE*FACTORY, which launched shortly after your collective was founded. How do you keep ‘both sides’ of your practice in balance, and how do they inform one another?

FUSE* FACTORY aims to become a platform that creates innovative projects that inspire people. These can come from us or emerge from a collaboration with an institution or a company—a client.

The initial idea was to create a virtuous, sustainable system where the aesthetic and technological research that we do with the independent production company fuse* is partly financed by the commissioned projects. Over time, with the increase in the quality of fuse*'s projects, we noticed that the commercial projects were getting more and more interesting, and, sometimes, thanks to the client projects, we were able to experiment with technologies that we then used in our independent productions. Our objective is to continue to grow quality and value of both souls harmoniously.