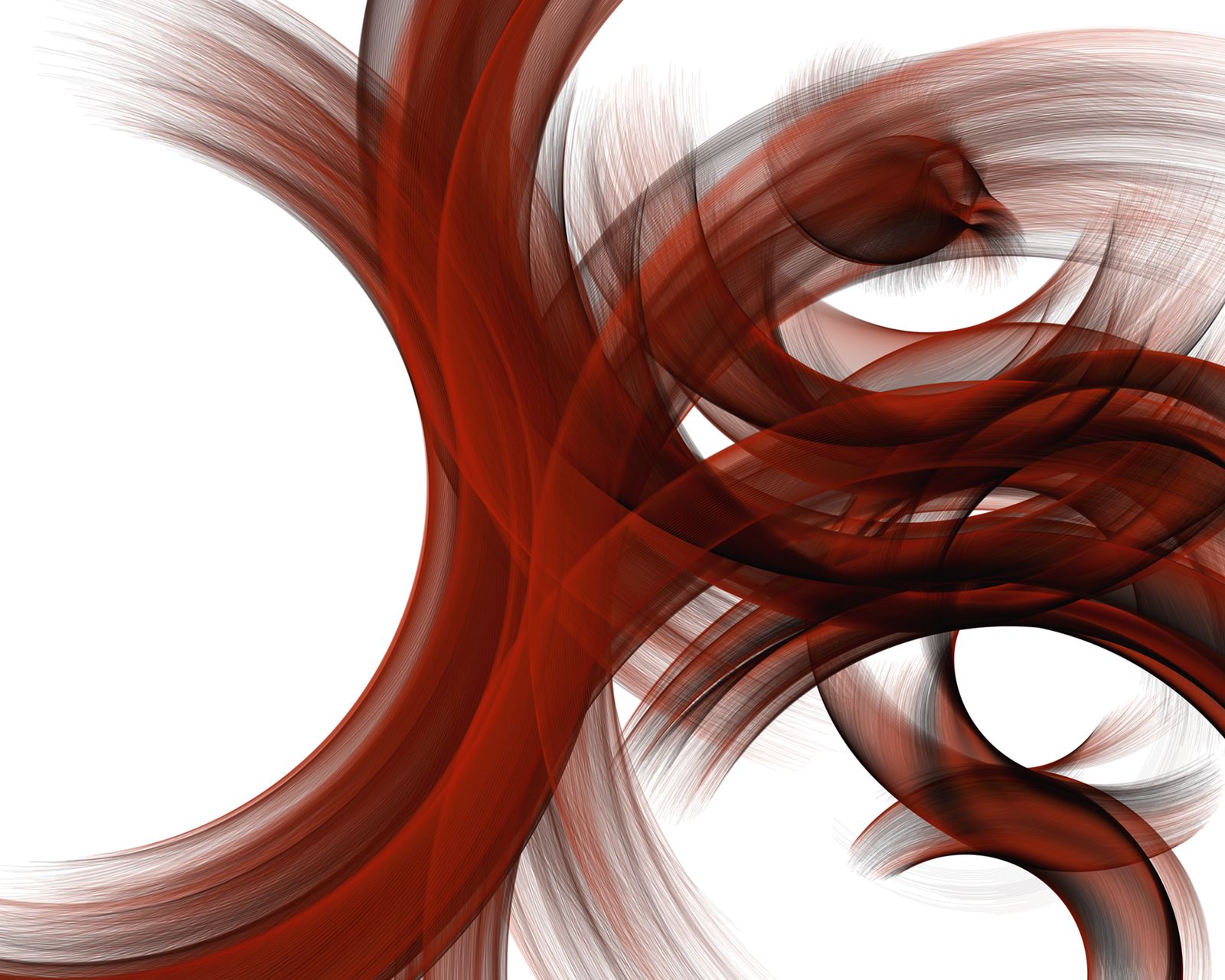 Over the last decade, I have been following closely the work of Vienna based artist LIA . Just as painters use oil, LIA’s raw material is code. With this base, she creates moving images, installations, interactive pieces and physical sculptures. In her abstract compositions one can find connections with the shapes, forms and colours of nature and the world around us, creating a sense of expansion and harmony. The beauty of her ever evolving digital paintings has always captured me. They relate to how I perceive art, same as life, as a constantly evolving material which is also immaterial.

Today LIA releases her new artwork Animal Imagination on Sedition. The work consists of 50 unique variations of the same original piece, and I am here to ask her some questions about this new work and her practice.

LIA , you have been working with code as your main tool for over 20 years, in the last few years, there has been a boom in creative coding, it seems to be much more widely used amongst the artistic community. How do you think things have changed for artists? Has your relationship with code changed?

LIA : Access to code certainly got a lot easier since the framework Processing was introduced. It was initially aimed at students to learn how to programme and also for professional coders to quickly create drafts. My relationship to code has not really changed a lot over the years, I am still learning new things (like every programmer) and I am still curious. Maybe the only thing that has changed since 1995 is that now I am a bit better with programming ;)

Your work is presented in the form of video, AV performance (projections) or interactive projects such as apps, usually using screens or projectors. With the increase in the number of screens in the world - in the personal, private and public realms, the potential for digital art is ever growing. How do you think this will impact you and the way you work?

LIA : I am rather happy that now I have more opportunities to show my work than I had in the beginning. Now projectors and screens are much more affordable and they are around almost everywhere. That means that I can continue to do what I always wanted, stay digital with my work as much as possible. I like the way you can “consume light”, that the screen can always show you different things, that the screen is actually really a medium that transports rather than stores art. And I like that I can continue to produce work without having to worry about real live storage space for it. 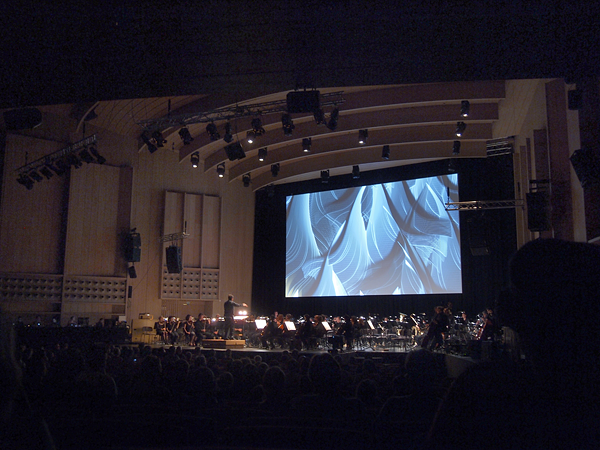 Everyday, I see more and more digital artists exploring physicality and materiality. You have also created physical objects, your beautiful 3D printed sculptures (Filament Sculptures) or the interactive box Rain. How was the experience in making objects? is this an area you would like to develop?

LIA: When I saw a 3D printer at a maker faire, I was mainly impressed by the errors that would happen during printing and by the unintended “sculptures” that the filaments would produce after a print was finished, but the filament still got extruded because of the printhead still being hot. I got my 3D printer as a gift from my husband who was convinced that I would do something interesting with it. I was doing non-stop-research for 10 months, writing my own software that would translate from processing code to gCode (which the printer understands), writing down all the test results on small pieces of paper, pinning them next to each other onto the wall. I felt like I had my own research lab and I liked to imagine myself in a white lab coat. I am exhibiting and selling these pieces. However, I stopped doing that for now, as I found out that I really prefer working digitally only and I felt that I had explored everything I wanted to know to the full extent. 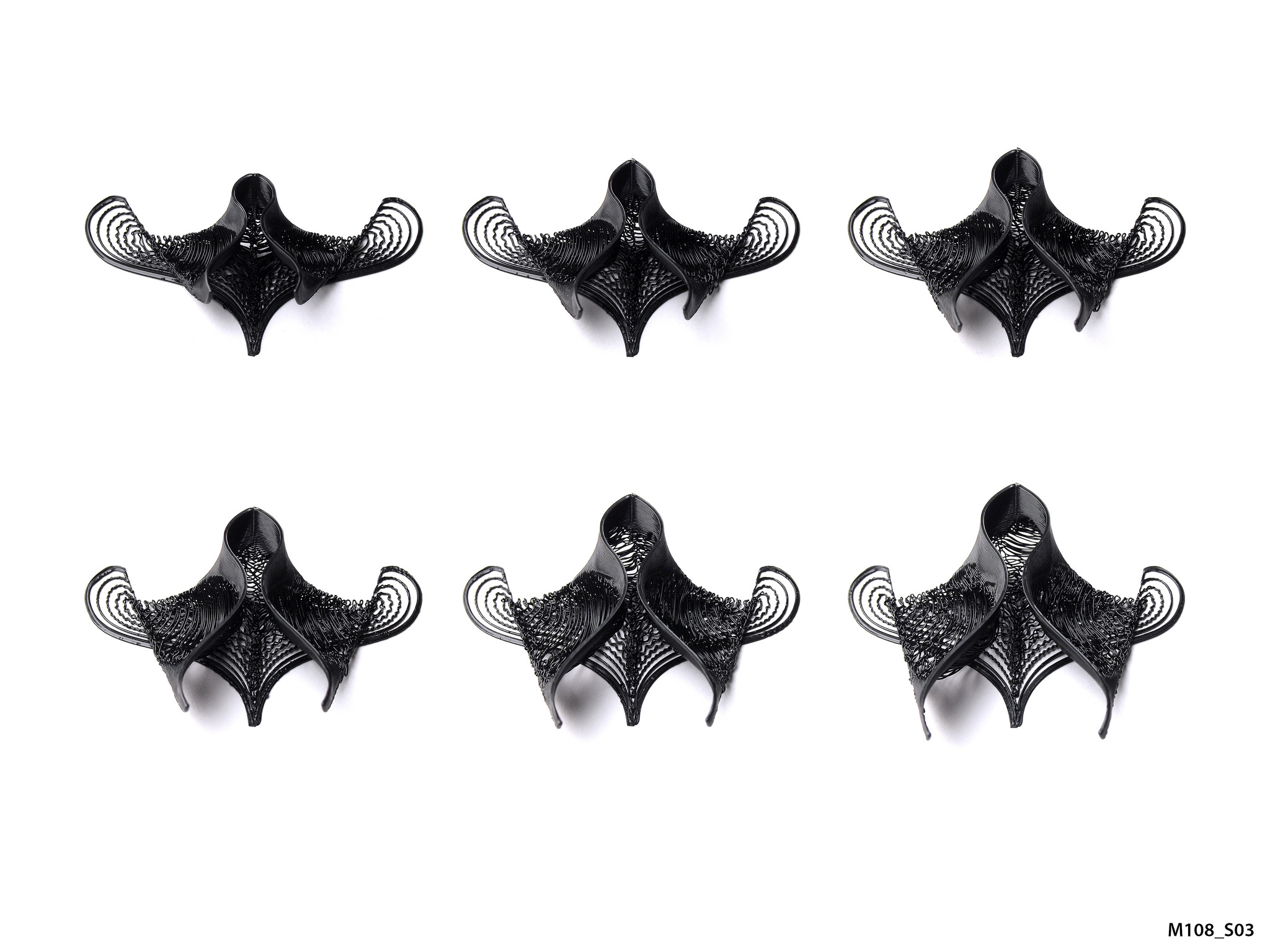 I am excited about the new collection you are presenting - Animal Imagination - as it’s made of 50 unique artworks. Collectors will have the chance to own an exclusive, unique artwork. What do think of this way of offering digital art (as unique iterations)? Do you think it increases the link between the artist and the collector?

LIA : With every work that I am doing I hope I can trigger some thoughts in the viewer. But with abstract art the really nice thing is that the experience that one person has with a piece can differ completely from the experience of another person. What a person sees in or experiences with a particular piece of work is pretty much defined by that person itself, by her/his experiences, expectations, feelings, thoughts and so on. So by offering variations of basically the same original, I hope that every collector can select a piece that is even closer to her/him. 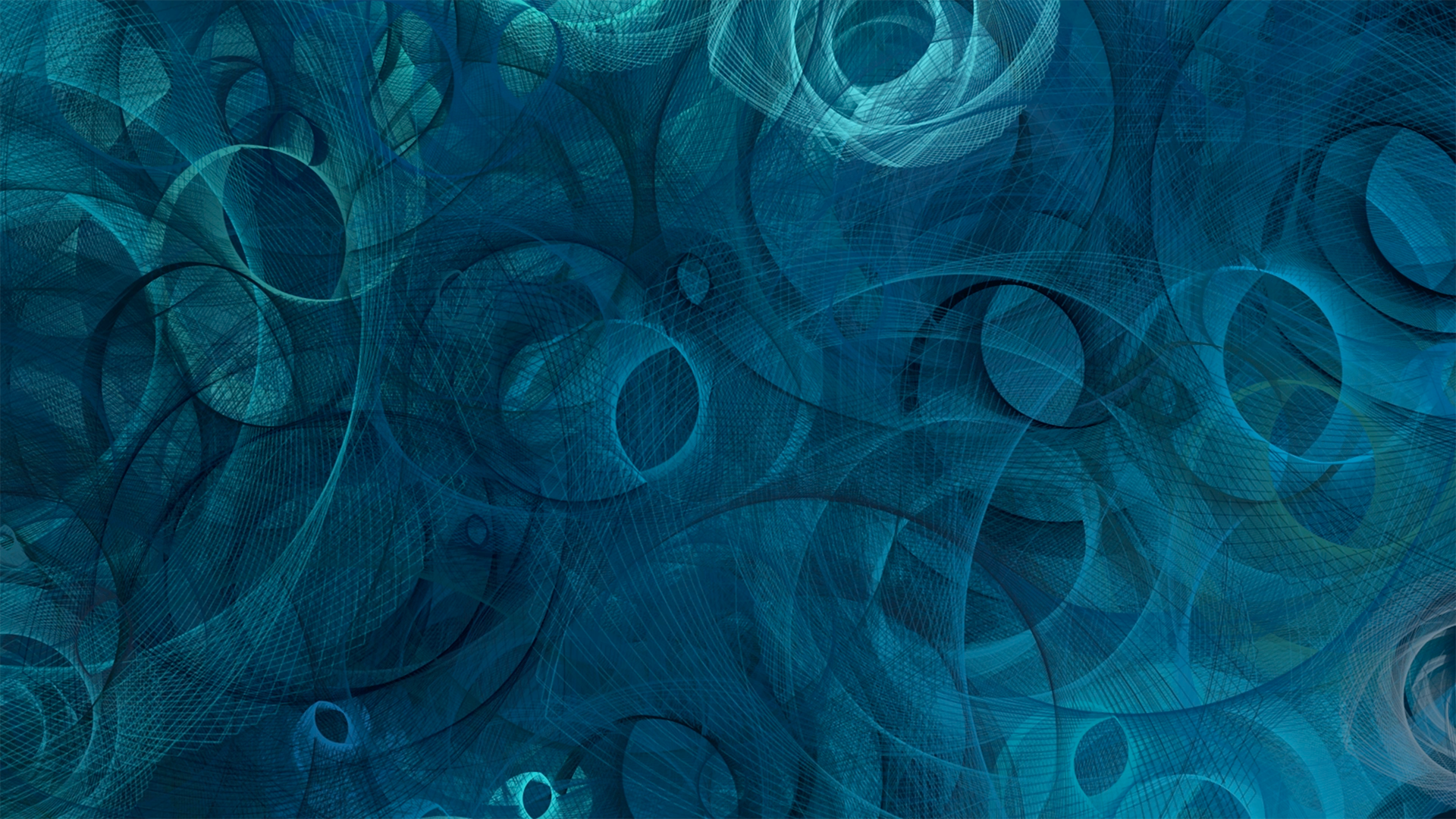 In Animal Imagination, you initiated the project as a collaboration with musician Phonophani. Can you tell us more about how the project was born?

LIA : Phonophani released his new album (with the same name) on the 12th of May 2017. He asked me if I wanted to join him for the release concert to do live visuals. We have some history of being on the same generatorX Tour in Norway that Marius Watz (a fellow software artist) organized in 2006 to promote electronic music and live visualisation. So I already knew his music (which I really love!) and that’s why I agreed to do it. The visual system for this first concert was similar, but for the second concert this year in May I could further work on it and fine tune it and add more features to my code. When working with musicians I try to translate what they want to express with music into something to see at the same time. For this live visualisation I imagined wolfs in a forest, hidden but also visible, a bit mysterious, little fireflies at dusk, fog that rises in the morning, hills as the landscape. But then again, this is only what I had in mind, people have already seen all sorts of things in this piece and it’s really not up to me to tell what it can be.

There are 50 unique and different artworks that are part of this collection. What was the process for making them?

LIA: I have reproduced the experience of playing live in which I work with a live visual system using all the keys on the keyboard including all possible combinations of shift+alt+ctrl to allow me to customise and influence the colours, the movements, the appearance of shapes itself, the rotation, the size, the transparency etc. The output of this live creation is then recorded as a sequence of images and then put together as a moving image.

For the iterations, I have previously studied the possible combinations including colour of the waves, colour of the “eyes”, dots (fireflies), type of movement, vertical movement, rotations, visibility of the shapes. In theory, there could be many more variations, but I chose the ones I liked the most. ;) 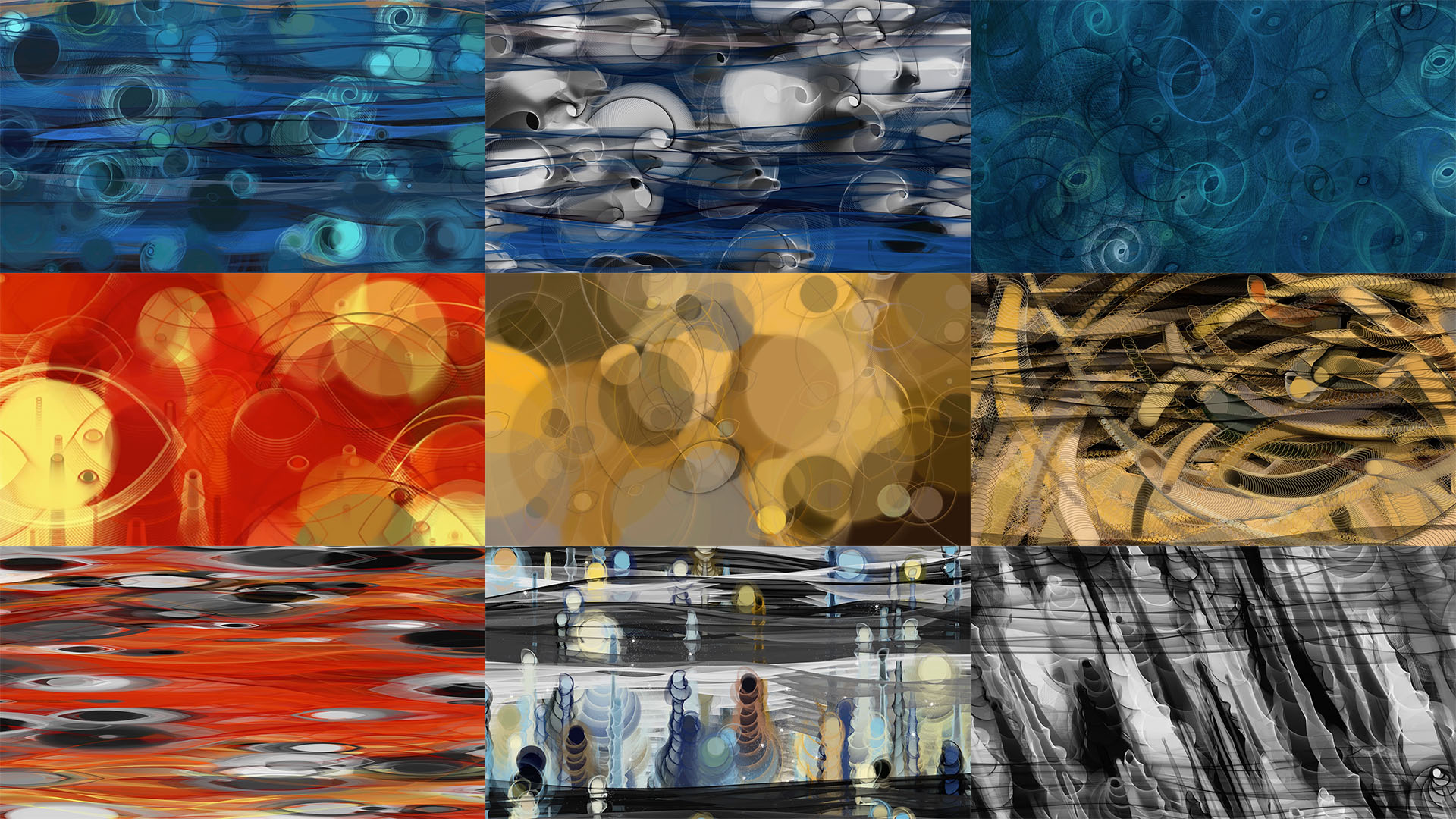 Your process might seem complicated for those who don’t have technical understanding. How would you explain it in simple words?

LIA : When people don’t understand what I do, I explain that a painter would tip her brush into an orange pigment color, and I am writing down the numbers 255, 80, 30 for red, green, and blue so, writing code is not much different from painting. I basically paint with code.

When I was a teenager I painted a lot, I basically copied many paintings from about 30 issues of history of painting books, like a historical encyclopedia - I just skipped the cave drawings, as I probably had done them as an infant. I stopped painting when I got my first computer. The benefit of working with the computer is that it’s much cleaner, and I don’t have any storage issues anymore, I can paint millions now!

You are a very prolific artist and always making new artworks. What new projects do you have in mind ahead?

LIA : This is a hard question for me, as I rarely plan out things from the very beginning to the end. I am always interested in so many different things. When I have an idea then I start working on it, first on a piece of paper, then on the computer. But I never know in which direction I will go for sure, I always decide that while I am working. And I also never know in advance what kind of work might be commissioned to me in the future. Right now a company in Italy is doing some tests with etching an image of mine into a copper plate, but I still don’t know what might come out of this collaboration. Maybe I will be commissioned to make some generative artwork for a cruise ship soon, but I will only know for sure next week. So basically, I am constantly working on something and if there is an opportunity to show or sell/licence my work, I already have some material that I can use or reuse. I should also still read the book about using Processing for creating VR applications by Andrés Colubri. And then I also have to take care of my food blog Vegetaria, which also takes some time.

Talisman in the age of difference