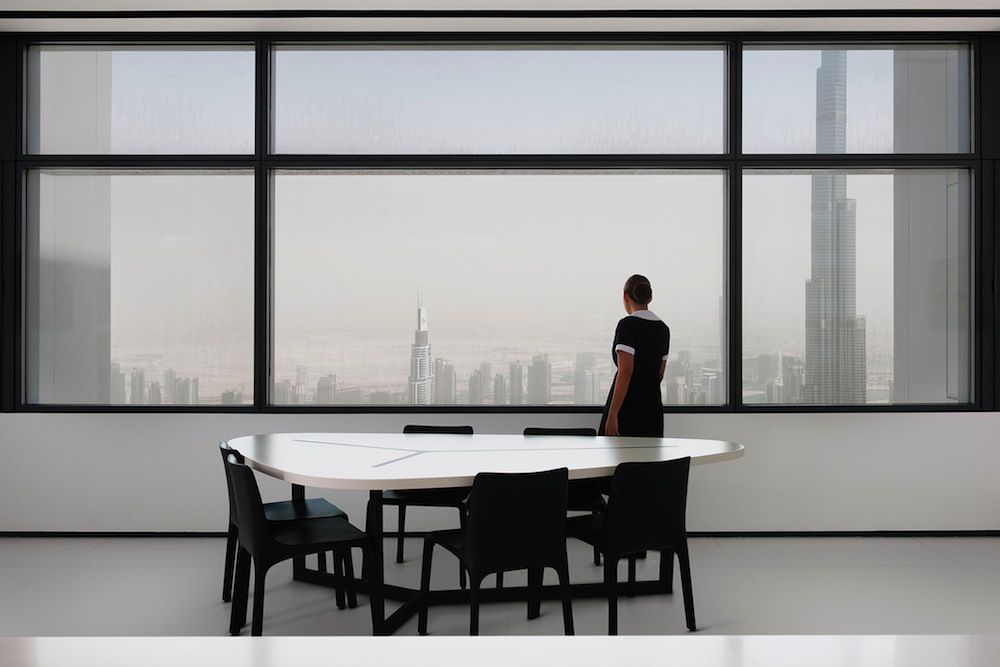 Isaac Julien presents a new body of work PLAYTIME opening from 24th January until 1st March 2014 at Victoria Miro’s Mayfair and Wharf Road galleries in London. The exhibition features a world premier of a seven-screen film installation featuring notable actors including Maggie Cheung, James Franco and Colin Salmon amongst others. PLAYTIME follows on from Julien’s acclaimed nine-screen installation Ten Thousand Waves (2010) of which his digital edition on Sedition, Encore: Tabula Rasa (Ten Thousand Waves) is derived from. An underlying theme of Julien’s work is capital as it drives people across continents in search of a “better life”. PLAYTIME is set across three cities defined by their role in relation to capital: London, a city transformed by the deregulation of the banks; Reykjavik, where the 2008 global financial crisis began; and Dubai, one of the Middle East's burgeoning financial markets. Part documentary and part fiction, the work follows six main protagonists –the Artist, the Hedge Fund Manager, the Auctioneer, the House Worker, the Art Dealer, and the Reporter -interconnecting figures in the world of art and finance with the real stories of individuals deeply affected by the crisis and the global flow of capital. Also on display at the galleries is KAPITAL a two-screen installation which features an interview between Julien and the Marxist theorist David Harvey, providing the intellectual framework for PLAYTIME. PLAYTIME and KAPITAL are on view at Victoria Miro, 16 Wharf Road, London, N1 7RW. PLAYTIME: accompanying photographic works are on view at Victoria Miro Mayfair, 14 St George Street, London W1S 1FE. (Image credit: Courtesy the Artist, Victoria Miro, London and Metro Pictures, New York © Isaac Julien)
Mentioned artists