Jane and Louise Wilson: Stasi City at the Met 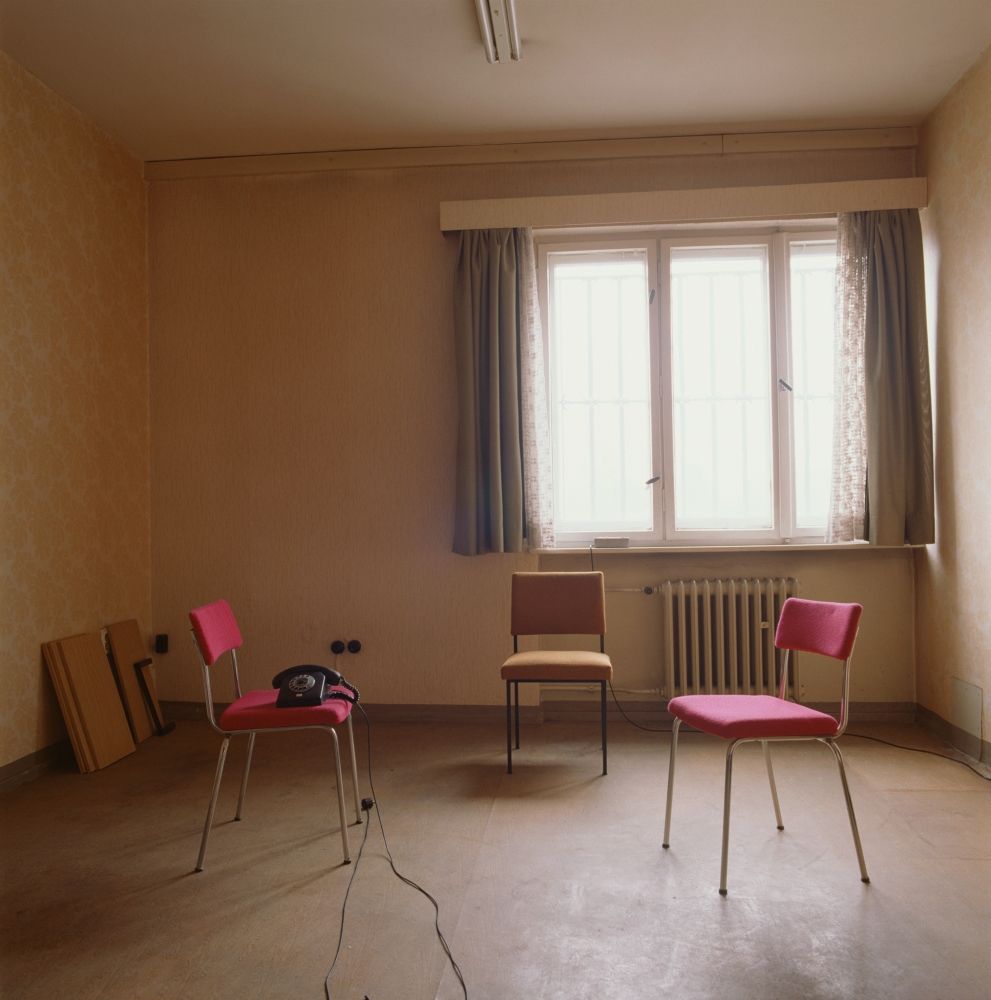 An influential work by

Jane & Louise Wilson is on display at the Metropolitan Museum of Art until 31 March 2019.

Stasi City is a four-channel video installation which immerses the visitor into the world of the East German secret police or Staassicherheit. The work was first shown in 1997 and features footage of the Stasi headquarters, filmed in 1996 just a few years after East and West Germany rejoined. The Met exhibition, Jane and Louise Wilson: Stasi City,  brings this historic video art work back to the public eye in the context of a programme of exhibitions looking at the power and consequence of government actions.

Stasi City has a prominent place in the history of video art due to its immersiveness and theatricality. Thought provoking and relevant subject matter is carefully framed and timed to create a work which creates narrative and tension without words. Slowly panning footage of the Stasi headquarters emphasises the empty redundancy of the place, which in turn is a reminder of the cruelty it used to contain. A human figure floats slowly upwards, disconnected from gravity and from the ordinary horrors of the confined spaces and interrogation rooms The slowness of the footage evokes surveillance, the feeling of being watched, as does the installation’s layout, which draws the visitor into a corner.

Jane and Louise Wilson: Stasi City is on display alongside the group exhibition Everything Is Connected: Art and Conspiracy, which is on display at The Met Breuer until January 6, 2019. The exhibition features work by thirty artists including Sarah Charlesworth, Emory Douglas, Hans Haacke, Rachel Harrison, Jenny Holzer, Mike Kelley, Mark Lombardi, Cady Noland, Trevor Paglen, Raymond Pettibon, Jim Shaw, and Sue Williams, and looks at government power structures and the mutual suspicion between government and citizens that defines Western democracy.