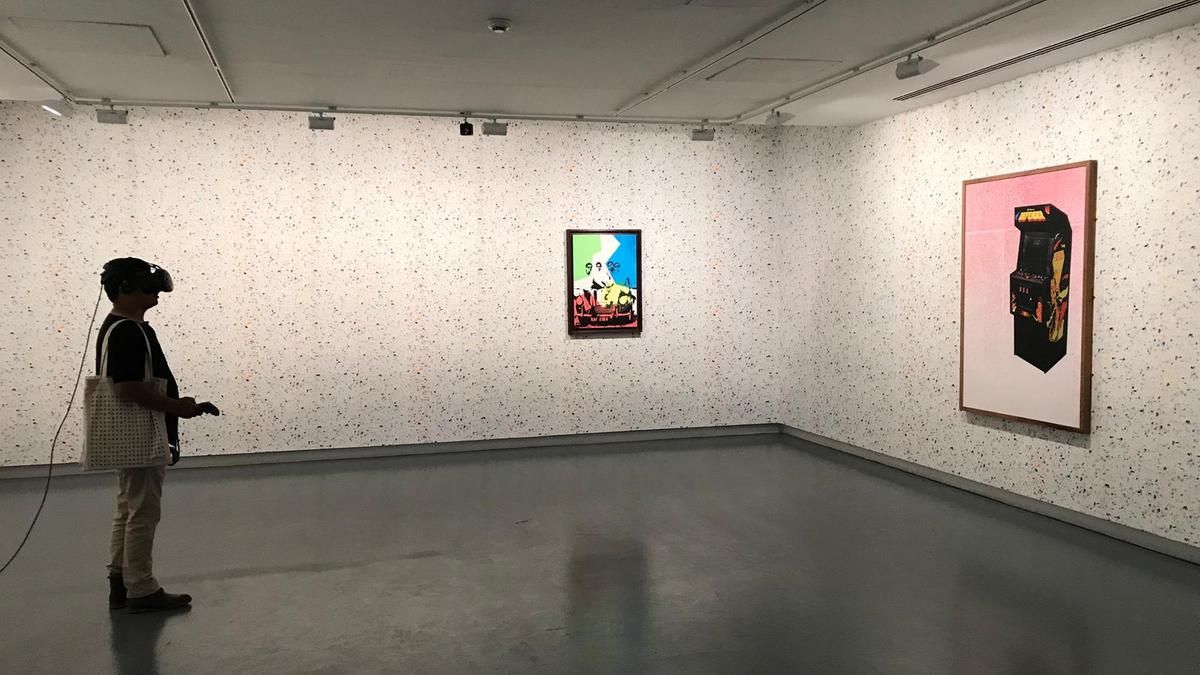 Shezad Dawood joins Laurence Abu Handan, Ian Cheng, Huguette Caland, Heather Phillipson, Astrid Klein, Lubaina Himid, Jon Rafman and others in a group exhibition curated by Omar Kholeif as part of the Sharjah Biennial 14. Dawood has won a Biennial award for his work Encroachments, a virtual reality work which reanimates lost memories of Pakistan and looks at the history of US interference in the country.

The exhibitions and events comprising the biennial focus on the term echo chamber, a term which refers to the state of contemporary news media as closed networks where the spread and exchange of information is tightly controlled. This control is carried out via software infrastructures such as social networks, which, while supporting the formation of online communities, also restrict messages within those communities via algorithms which filter and sort news items and ‘decide’ where information is shared and concealed.

The structure of the social network echoes that of capitalist networks; desire and demand are encouraged, creating ‘hot spots’ of activity, often with financial gain as underlying goal. These infrastructures make it difficult to experience echoes of cultural experience remote from one’s own. They create ‘reverberation chambers’ where the same messages echo while others have no reverberations.

Each of the three group exhibitions unpacks an aspect or property of the echo chamber. In doing so, the exhibitions seek to demystify the echo chamber and to offer “a series of provocations on how one might renegotiate the shape, form and function of this chamber in order to move towards a multiplying of the echoes within, such vibrations representing the vast forms of human production—its rituals, beliefs and customs”. The biennale, whose title is Leaving the Echo Chamber, presents works which tell multiple stories, resonating together at a multitude of frequencies. Truncated sound bites are replaced by a complex territory to be navigated, where the boundary between individual and collective is indistinct and where complicated signals can be transmitted.

Journey Beyond the Arrow, curated by Zoe Butt, looks at the co-evolution of humans and objects. Since time immemorial tools have shaped the way we survive, expand our dwellings, and produce markers of culture and civilisation; this group exhibition examines this reciprocal relationship and emphasises the huge variety of forms of exchange that have supported and restricted growth and debate throughout history. Journey Beyond the Arrow features work by Lee Mingwei, Jompet Kuswidananto, Anawana Haloba, T Shanaathanan and Antariska among others. 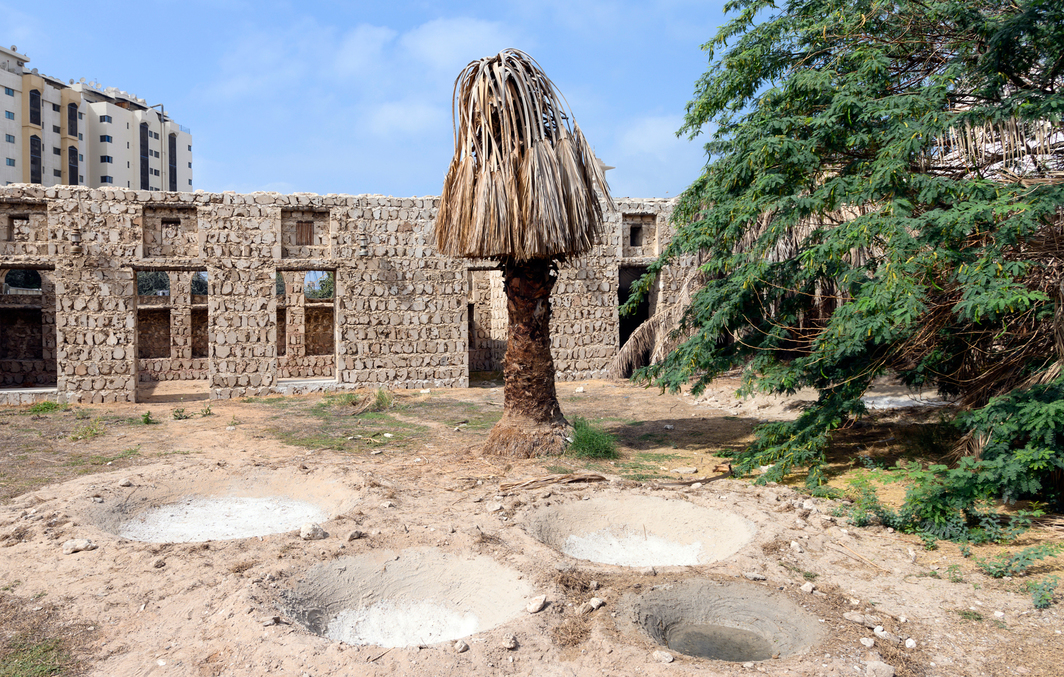 Otobong Nkanga and Emeka Ogboh, Aging Ruins Dreaming Only to Recall the Hard Chisel from the Past, 2019.

Making New Time, curated by Omar Kholeif, examines the influence of time on society, politics, culture and art. The way time is measured and understood is intrinsic to how we form economic, philosophical and political models; some of these models are monopolistic, restricting the growth of others. Making New Time looks at time as a continuum and invites artists to explore alternate worlds shaped by alternate temporal structures. As part of Making New Time Kholeif commissioned Shezad Dawood to make Encroachments, a VR project which takes visitors on a disorientating journey through four recreations of Pakistani locations disrupted by violent interventions from the US. Dawood was one of four artists to receive biennial prizes: the other winners were Mohammed Bourouissa, Phan Thao Nguyen, Qiu Zhijie and the winners of the main prize, Otobong Nkanga and Emeka Ogboh.

Look for Me All Around You, curated by Claire Tancons, is a platform for the fugitive, the migrant, that which is unseen in plain sight. The turbulent flow and control of people around the world shapes cities and nations, concepts of identity and mechanisms for policing, inclusion and exclusion. Much of this turbulence goes unnoticed or is grossly distorted in mainstream media. The third group exhibition takes as starting point the famous 1925 speech of Marcus Mosiah Garvey Jr, the political activist who emphasised the power diasporic communities have to dismantle colonialism. Artists exhibiting in Look for Me All Around You include Otobong Nkanga and Emeka Ogboh, Torkwase Dyson, Mohamed Bourouissa, Ulrik López, Meschac Gaba and Wael Shawky.

The Sharjah Biennial takes place in Sharjah, UAE from 7 March to 10 June.