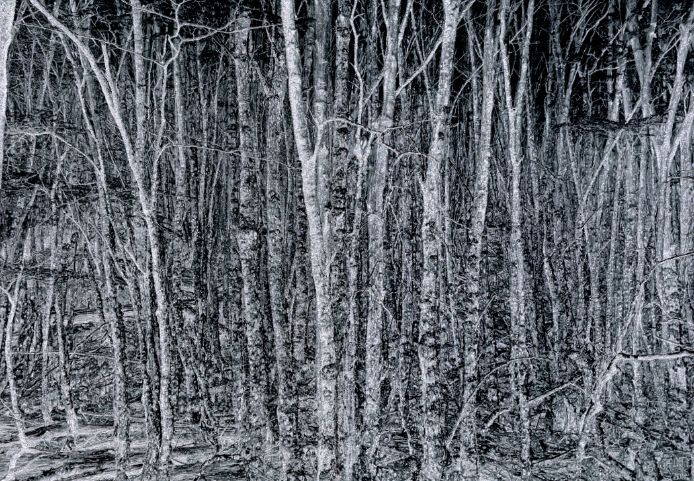 Stephen Walter is one of three artists presenting work in The Wild Wood, a group exhibition at James Freeman Gallery. The exhibition is the first since a flood caused James Freeman to close; the opening is also a celebration of the gallery’s survival. The artists exhibiting are Stephen Walter, Carolein Smit, and El Gato Chimney.

The works in The Wild Wood focus on at how imagination influences perception and on building narrative through mark-making. Carolein Smit’s sculptures are influenced by folkloric archetypes, to build them the artist has assembled, magpie-like, some of the most resounding stories and motifs to have emerged from our collective imagination. The paintings of El Gato Chimney transform magical birds into wandering hobos, compulsively hoarding everyday objects and carrying their load on their backs. The creatures are a mirror to a world of fetishised objects.

The Wild Wood is the first public exhibition to feature Stephen Walter’s new forest drawings. The large scale drawings represent a physical location, a forest, through the use of abundant mark-making. The scale of the forest is replicated in the size of the drawings; its depth and complexity is extended in the density and intricacy of marks. Walter’s representation of physical terrain is scalable, as much psychological as it is physical.

Alongside the exhibition, Walter presents a collection of animations on Sedition. The collection, titled The Rewildings, features animated forest-scapes in which detailed drawings of woodland transition between light and darkness. 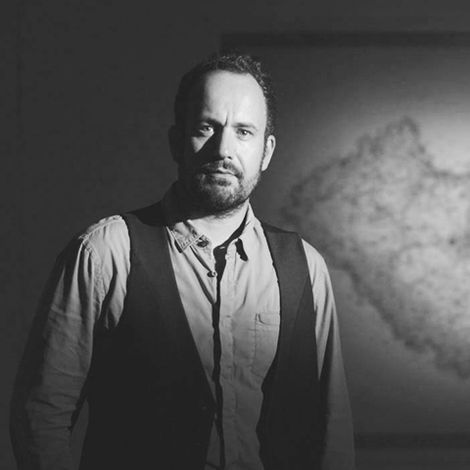