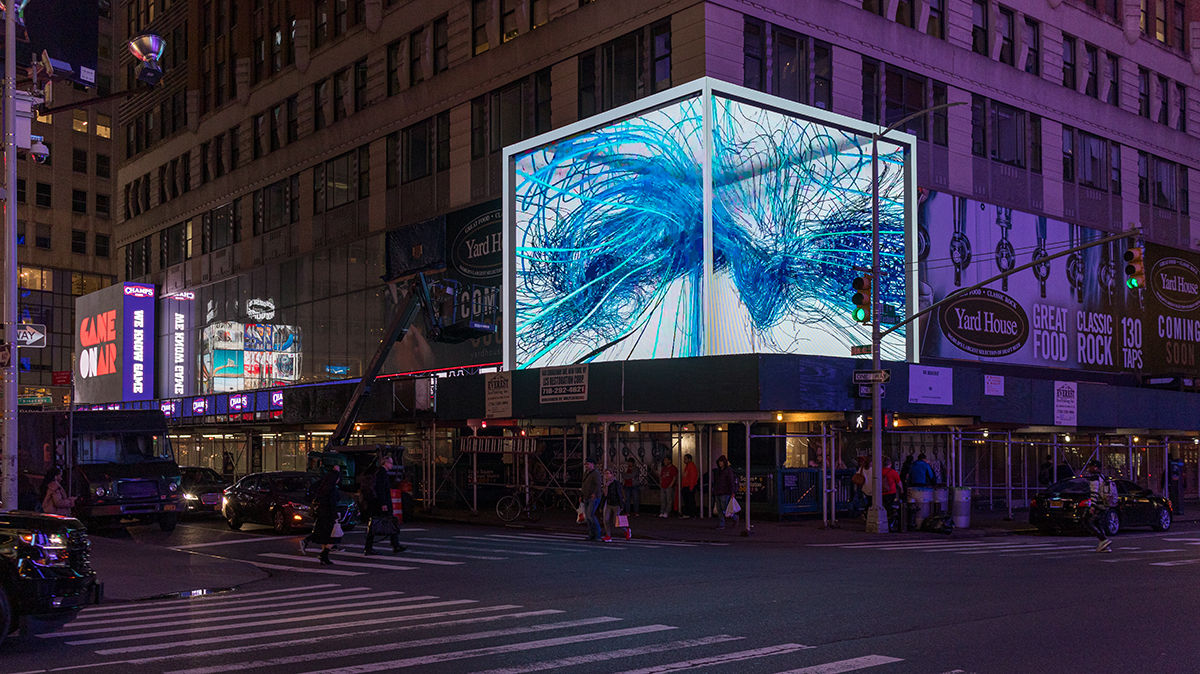 On 29 July we are delighted to welcome Arash Akbari to Sedition as he launches his new collection, Sonomotion. To accompany the launch, we are introducing two of the artist’s recent public projects.

In March, Akbari presented an audiovisual artwork at 10 Times Square in New York City as part of ZAZ Corner, a public billboard exhibition which is part of ZAZ10TS, a cultural initiative that brings art to the office building at 10 Times Square. The billboard has featured work by artists including Uri Kazenstein, Sara Bonaventura, Brian Alfred, Debbie Simons and Dana Click, and from organisations including Tel Aviv Museum of Art, San Francisco Art Institute, and Bezalel Academy of Arts and Design 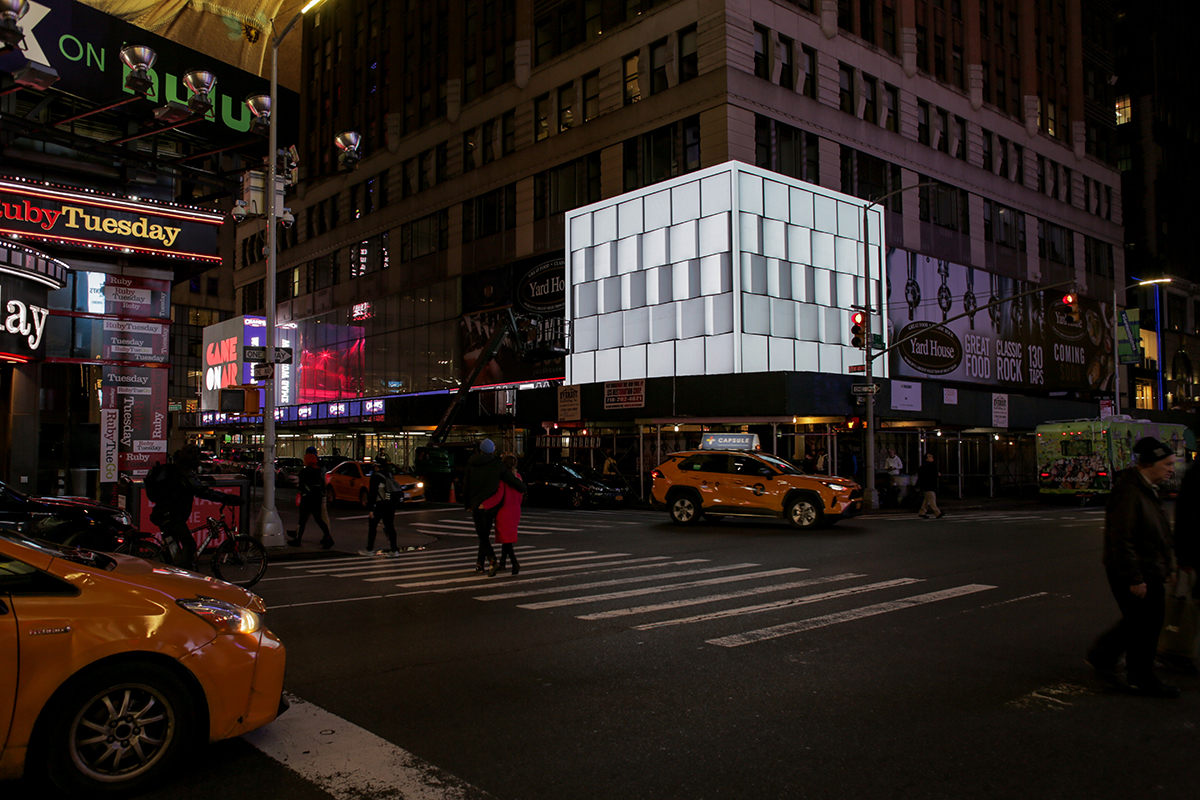 Arash Akbari was invited to present a display during the lockdown; the result was M.S.L, “a digital data sculpture inspired by the global average absolute sea-level change data collections provided by the US Environmental Protection Agency.” The piece integrates data on changes in sea level from 1880 to 2014 into a digitally rendered abstract kinetic structure. The work reflects on the impact humans have had on the local and global environment over the past 150 years. 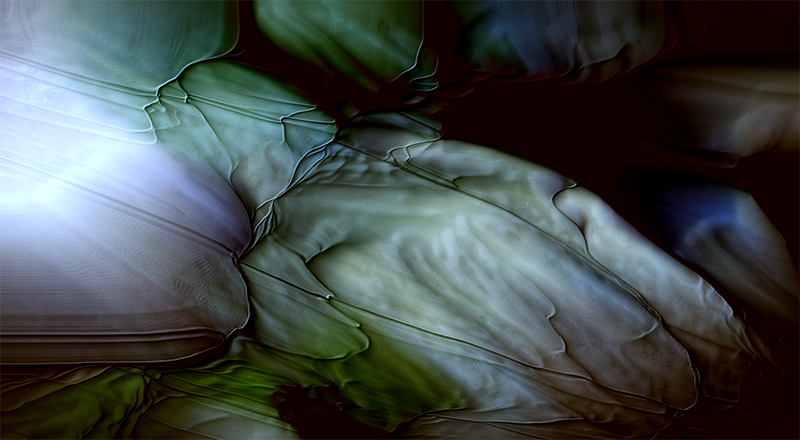 In July, Akbari collaborated with Martin Sheer to create Sonic Healing, an audiovisual work released under Sheer’s Bad Stream moniker which features contributions from twelve artists including Hanno Stick and Kai Mader. The album is the third full-length release by Steer and premiered on 13 July. 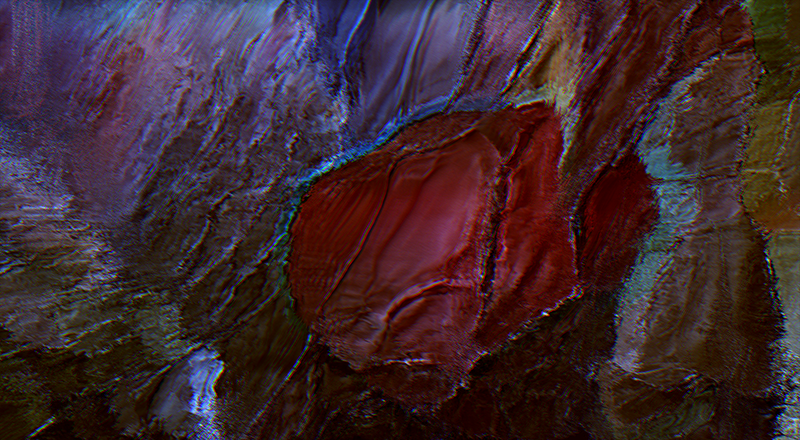 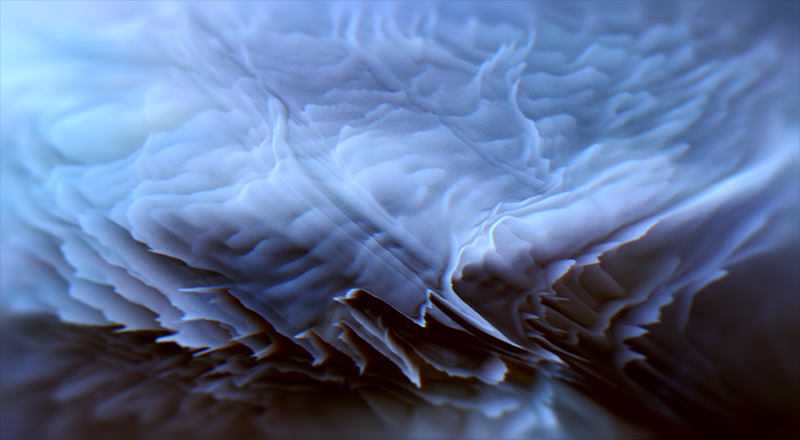 Akbari produced visuals for the album, using real-time image processing and generative algorithms to respond to the sound. The animations created explore dynamics of chaos and harmony and the influence of natural forms and phenomena on human perceptions and ideals. Akbari’s contribution is a poetic and complex one which adds new dimensions to the many already present in the sound pieces.