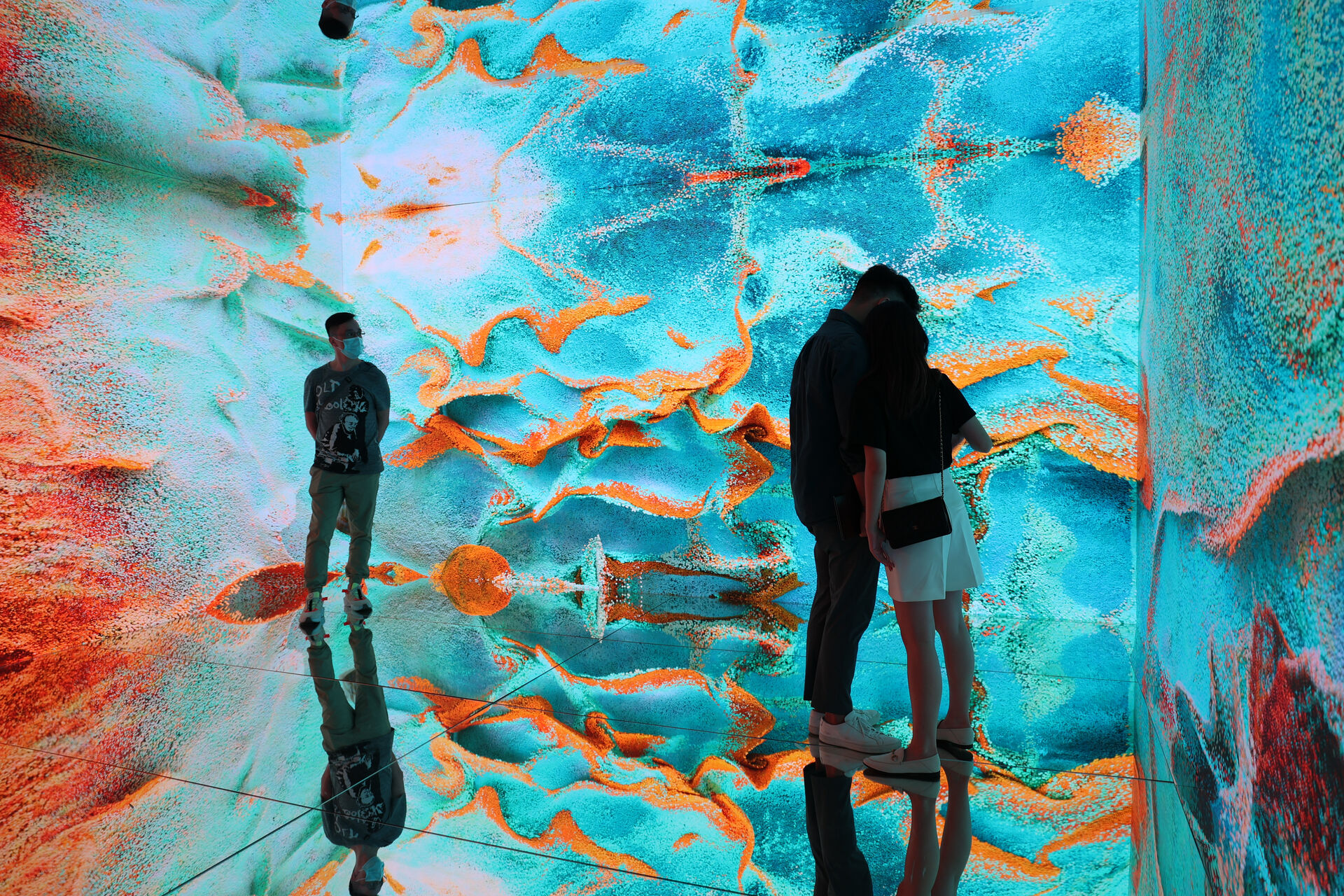 Held in Hong Kong from 30 September until 20 October 2021, the Digital Art Fair Asia was the first and largest physical and online fair in Asia dedicated to new media art, non-fungible tokens (NFTs) and immersive art. Organised into five zones: Immerse, Pioneer, Prestige, Inspire and Virtual, the fair featured over 40 international and local artists.

Refik Anadol collection Machine Hallucinations was prominently displayed at the entrance. The mesmerising movement of his works provides a great welcome to the fair, inviting visitors into the world of digital art. Machine Hallucinations: Space Metaverse was the first physical/digital NFT immersive installation, which uses photographs from NASA of deep space captured by satellites. The room filled with projections on all four walls felt like a space journey itself: bursts of lights transition into colourful moving particles that mirror the movement of water, insinuating the idea of potential extra-terrestrial life. Anadol’s collection was sold for a combined total of HK$39.9m (US$5.06m), with Space Metaverse alone sold for HK$18m (US$2.2m), to Jehan Chu, a Hong Kong-based blockchain investor and art collector. This sets a new record for an immersive installation sold as an NFT in Asia. Sold well over the estimated price, it proved that NFTs have a place in Asia’s art market. The Prestige Zone includes works by artists such as Andy Warhol, Beeple, Daniel Canogar, Pejac, and Yang Yongliang. While not for sale, they represent the work of world-renowned artists, aligning the NFT market with the blue-chip art market. 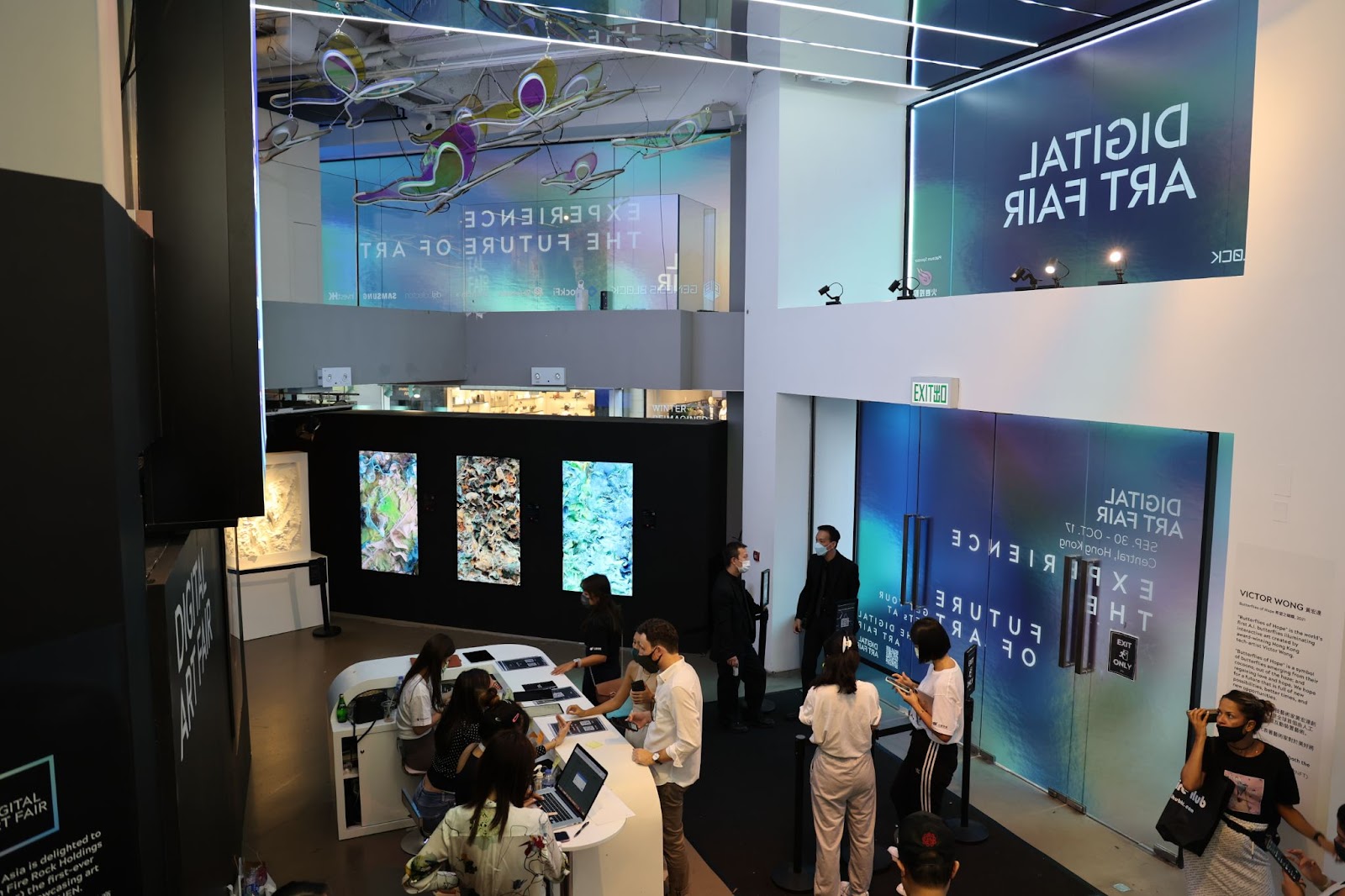 The fair aimed at introducing and educating the local art community on NFTs, demonstrates the vast potential of a digital art market in Asia and Hong Kong. In the Immerse Zone, works by Refik Anadol, 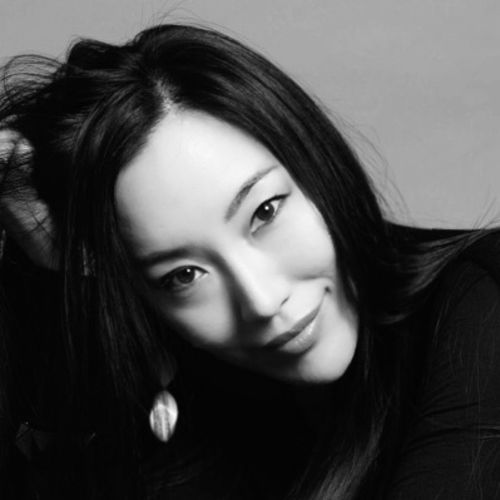 Krista Kim, and Henry Chu, showed how digital art transcends the visual and involves all of the senses. Kim’s Super Blue V.2 exudes a sense of tranquillity despite the business of the fair, including healing sound frequencies to create a meditative experience. The Blockchain Piano installation by Hong Kong artist, Henry Chu, is a scintillating spectacle at the fair, encouraging visitors to participate in the work. A piano connected to real-time data of the crypto market generates sounds according to fluctuations of value on the market, while with every key played, a cryptocurrency is bought. Chu’s work speaks directly to the fair itself and brings visitors’ attention to the market of cryptocurrencies by engaging audiences, who while participating in playing the artwork, help the artist to purchase cryptocurrencies. 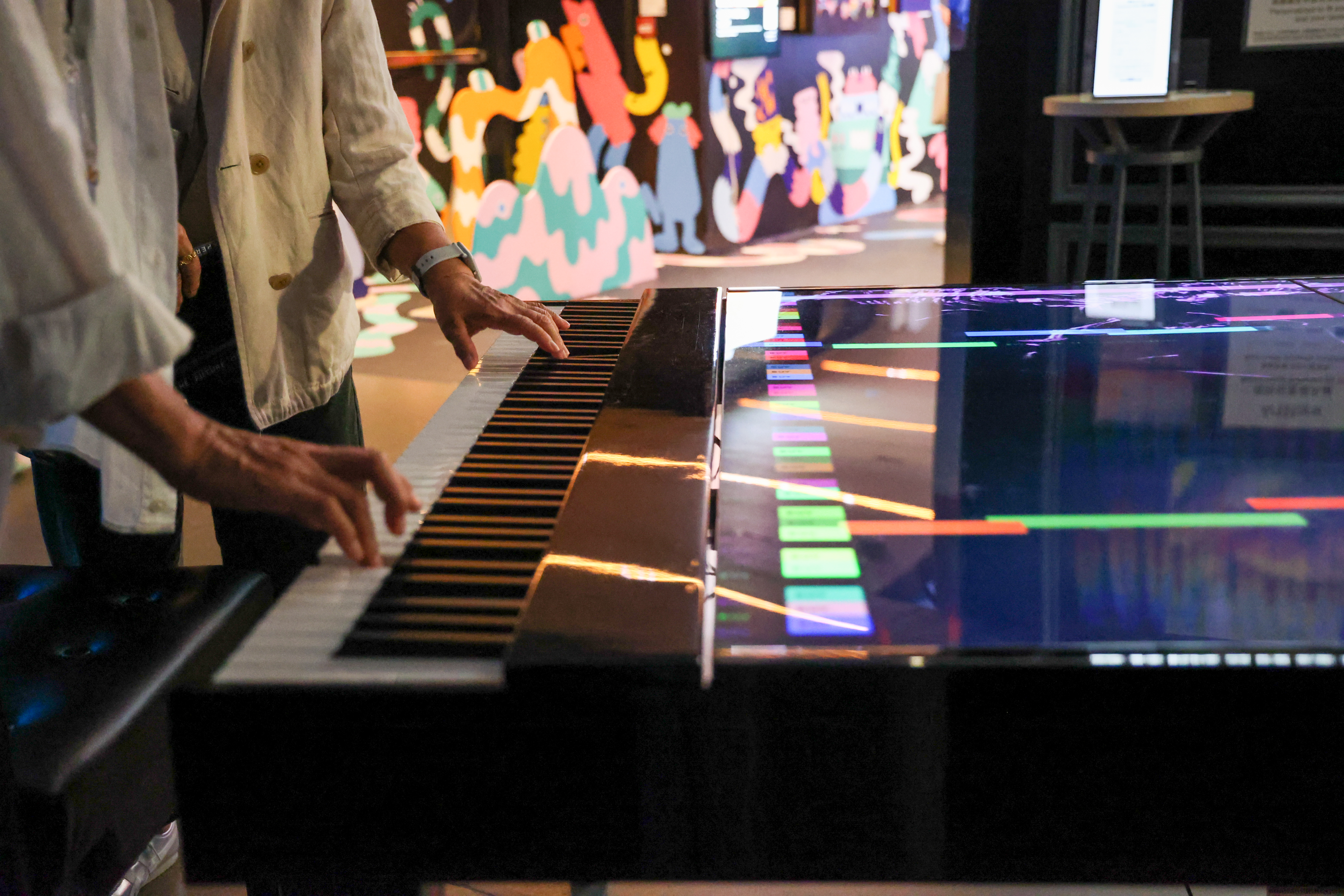 The fair also took the opportunity to bring NFT to the mass public by offering relatively affordable digital art that could only be paid for in Ethereum (ETH). The Pioneer Zone features many up-and-coming local artists popular in the local social media world, including Tommy Fung (@SurrealHK), Sean Foley (@stfeyes), and Jeremy Cheung (@rambler15) who are no strangers to sharing their digital art on Instagram. These artists, like many others, are also testing the waters in the NFT space. The Pioneer Zone allowed the public to easily purchase these NFTs, where each piece had a QR code allowing anyone to bid and buy the works in ETH. The Urban Art section in the Pioneer Zone presented street art and graffiti art as both physical photographic prints, as well as, and digital artworks. The Urban Art section demonstrated that NFT did not have to be only digital. Artworks could also be purchased with a Samsung 4K QLED TV, The Frame to display in the home. 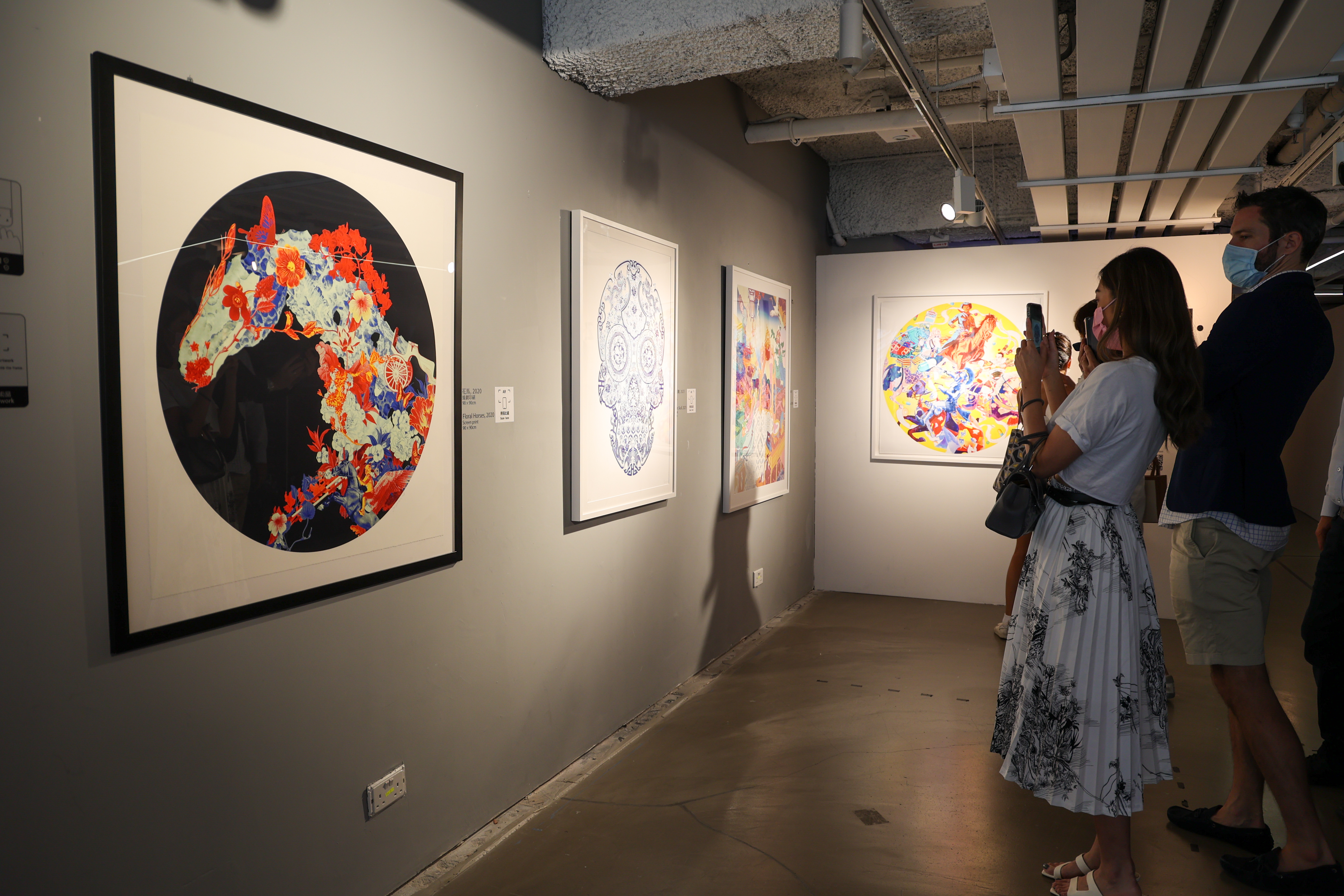 On the second floor, ZHEN was a crowd favourite, where the artwork incorporated real-life prints and the virtual world. ZHEN is a new generation artwork authentication platform powered by blockchain to reimagine ownership and build a radically different art experience. Using the ZHEN application, visitors can scan artworks by Jacky Tsai, where the work would come to life as augmented reality (AR) animations on their smartphones. For instance, horses would leap out from the frames, or there a tiger would be resting nonchalantly on top of artwork swinging its tail. This highly popular corner successfully engaged people in the discovery of art with new technology.

The Digital Art Fair Asia made efforts at honouring the city and cultural context it was held in. Yang Yongliang’s Glows in the Night and Nine Dragons emphasised Chinese heritage and merging traditional Chinese art techniques of ink painting with digital art, giving a contrast to commonly western approach in digital art and displaying a variety of styles. The fair also incorporated works by King of Kowloon (Tsang Tsou Choi), and the yellow rubber duck created by L.T. Tam, both icons of Hong Kong. Rediscover Kowloon King, a collaboration of digital artist Kurt Chan and local artist Willie Chung (who was also a friend of Tsang) recreated the King of Kowloon’s work as an interactive installation to excavate the lost calligraphy that was once all over Hong Kong, but now lost to the constant redevelopment of the city. The father of the classic rubber duck, L.T. Tam, at the age of 97.5 might be the oldest NFT artist and collaborated with Visual Effects Director and Cross Media Artist, Victor Wong, to create Stormy Water? So What? especially for the fair. The work shows a rubber duck floating despite the ferocious waves that try to engulf it. The work echoes the ongoing hardship Hong Kong faces and a reflection of the Lion Rock Spirit; no matter the circumstances, Hong Kong people will stay afloat. Seeing works that are widely known by the community creates a sense of familiarity with the artists, ideas and aesthetics, bringing viewers in closer relationship to the fair. 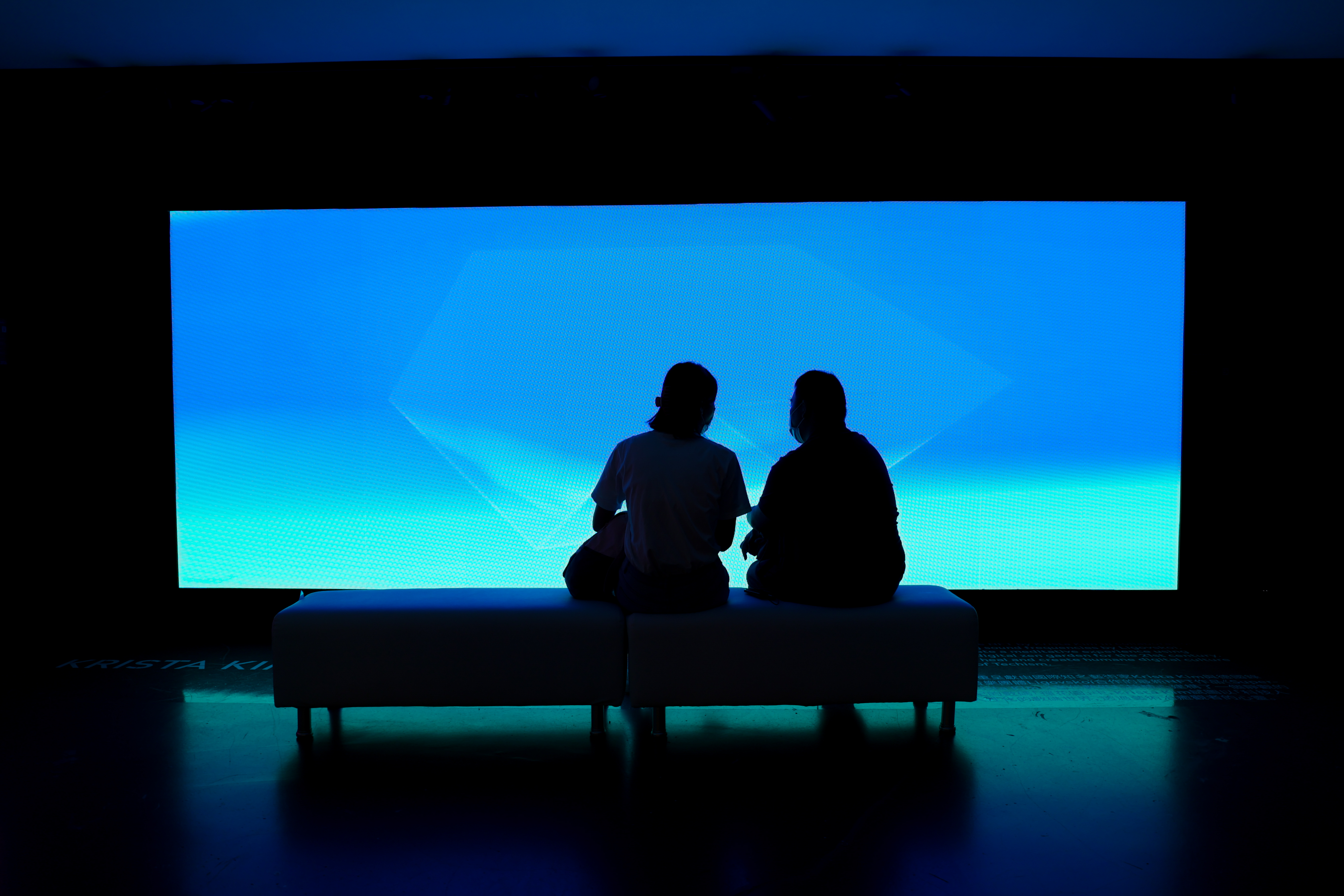 Gillian Howard, Co-founder and Director of Digital Art Fair Asia, ambitiously incorporated elements of what digital art could be in a limited space of 20,000 square feet in the former Topshop store in Central. The fair attracted the attention of not only art collectors but also the general public. The successful auction of Anadol’s work shows the potential of Asia’s digital art market. The fair demonstrates the accessibility of bidding and owning NFTs and demystifies digital art and cryptocurrencies for the public. Bringing together different forms of digital art from VR, AR, to immersive and interactive installations, alongside physical prints and installations helped to contextualise digital art alongside, and as part of, the contemporary art market. The inclusion of local elements that are iconic to Hong Kong helped to introduce a sense of familiarity for the audience in a new medium. It will no doubt be interesting to see the future of Digital Art Fair Asia, and what approach would the fair take in the years to come.

Guli Silberstein: beyond binary of human and computer