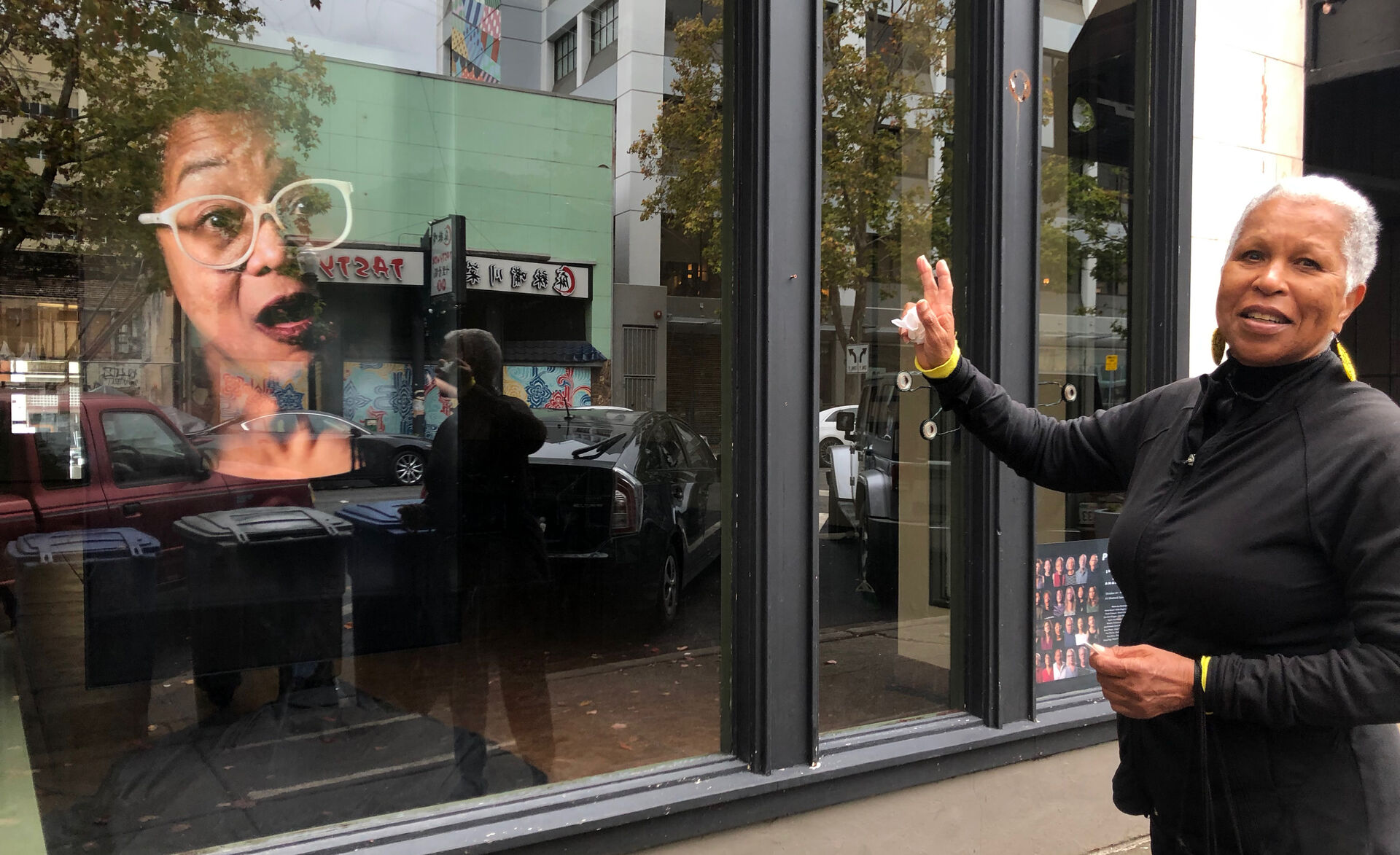 John Sanborn’s new public artwork Parade can be seen at a vacant storefront at 61 Shattuck Square in downtown Berkeley. It is on view 24/7 until the 28th of November. 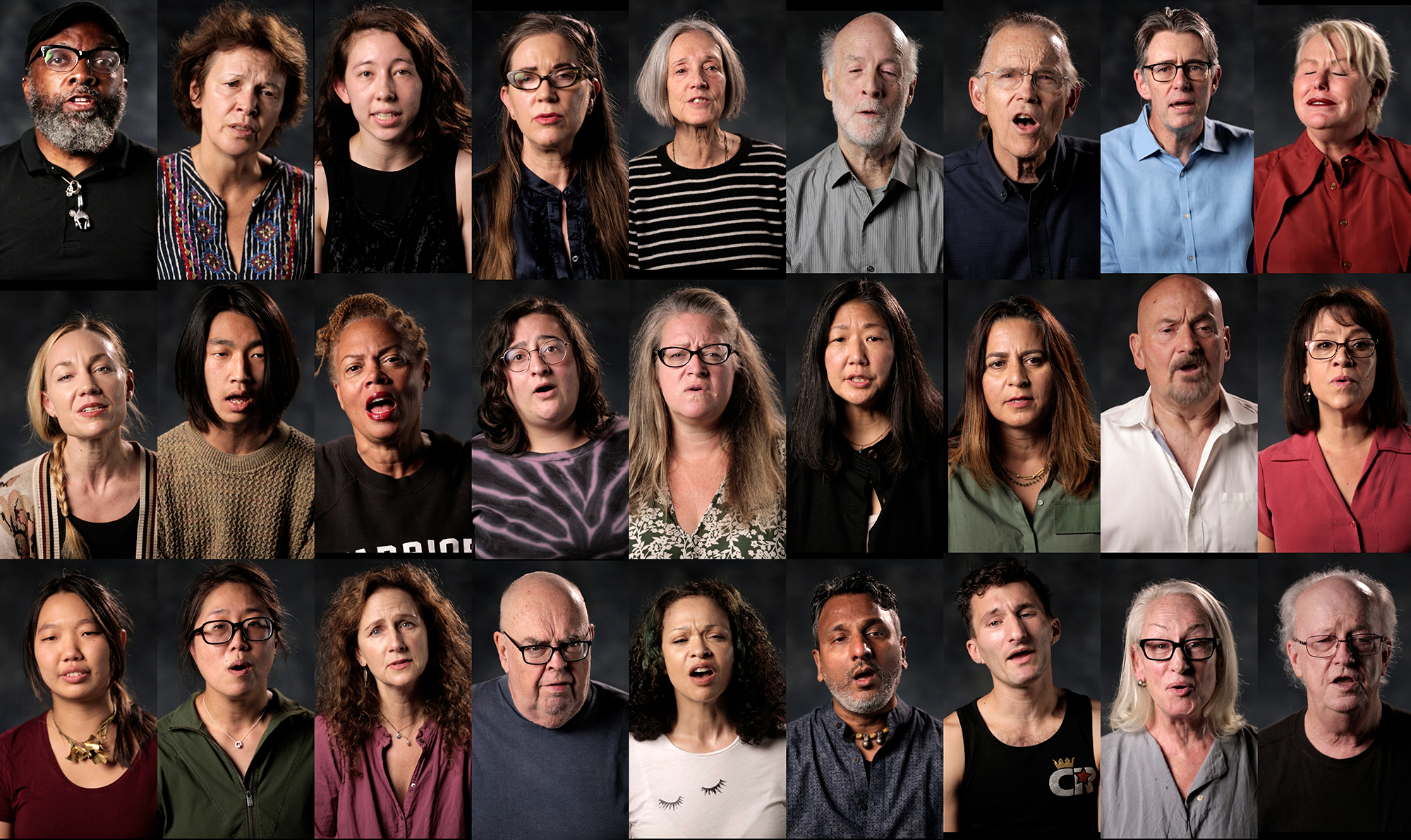 Over the last year as isolating at home has become our new “normal”,

John Sanborn's recent work points out the power of collective interaction and unity. Parade is a video and sound installation on a large screen of an idle storefront, featuring a record of 29 performers singing a Capella, a performance sung by a group of people without any musical instruments. 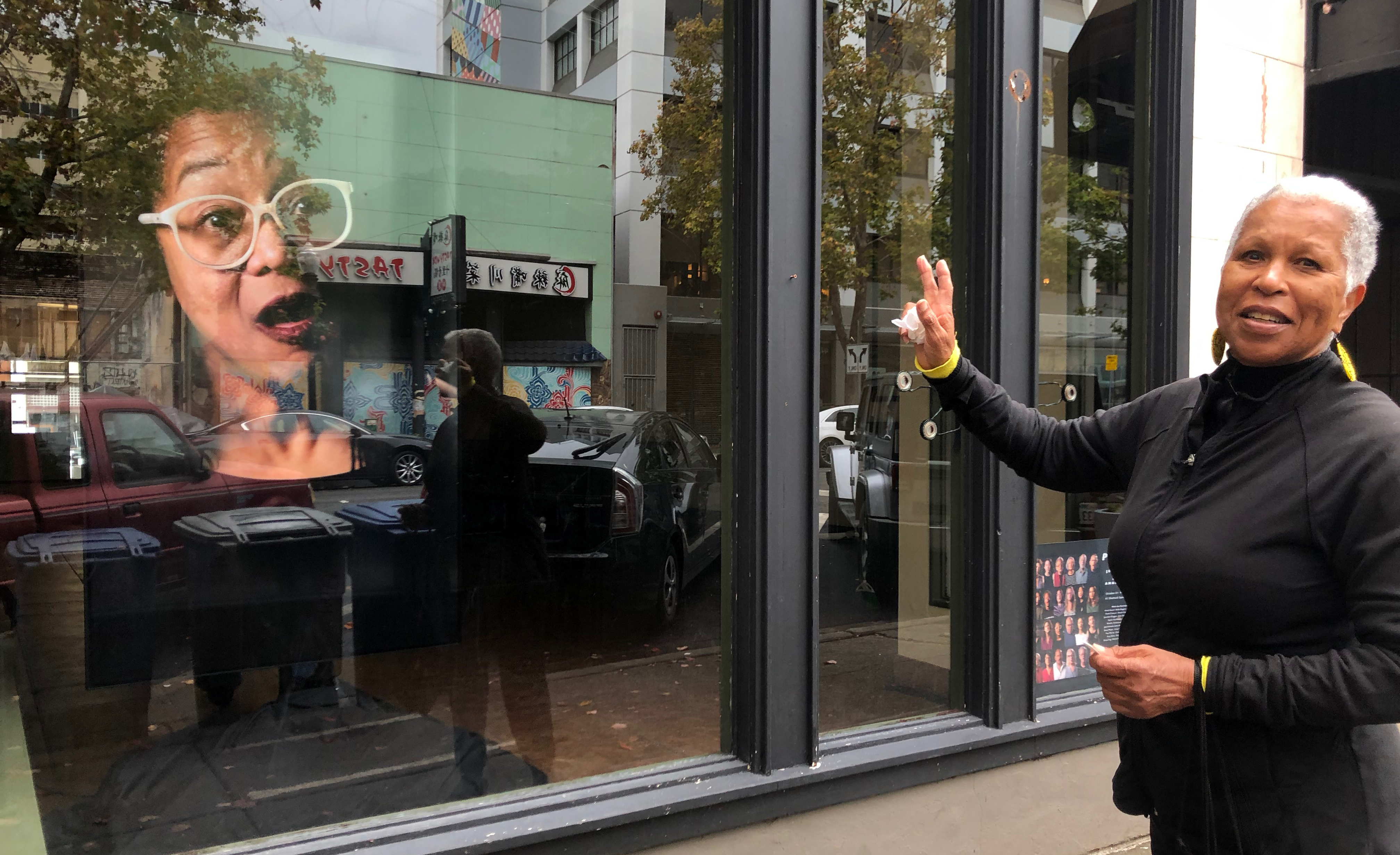 For this recent project, Sanborn called a diverse group of singers from different backgrounds, who are both trained singers and people who just love to sing, together to record the song in his studio. As the title of the work indicates, singers of Parade accompany the passers-by of Shattuck Square as they sing along in a choir style. In one regard this video and sound installation forms a kind of parade through the participation of random passers-by. As the work portrays different faces, expressions and voices that are projected on the screen, the piece reminds people the sense of community and celebrates unity and solidarity.

“We are united by our love of music, and the inescapable pleasure of vocalizing. This project draws on this tradition, while inserting a work of media art into our community where anyone who passes by can discover the work. I have done projects like this multiple times, blending a traditional viewing experience with the joy of finding something unexpected – and the result is always a crowd pleaser.”

The work is a comment on joyfulness which can be the most rebellious act to get through the challenging times. As a strong metaphor for renewal and renovation, the song that was written by Berkeley composer Amanda Moody, with lyrics that inspire us to unite and restore our sense of community, powerfully calls out “I’ll See You” at the end.

Parade was commissioned by the City of Berkeley's Civic Arts Program with one a Berkeley Art Works Projects (BAWP) grant.