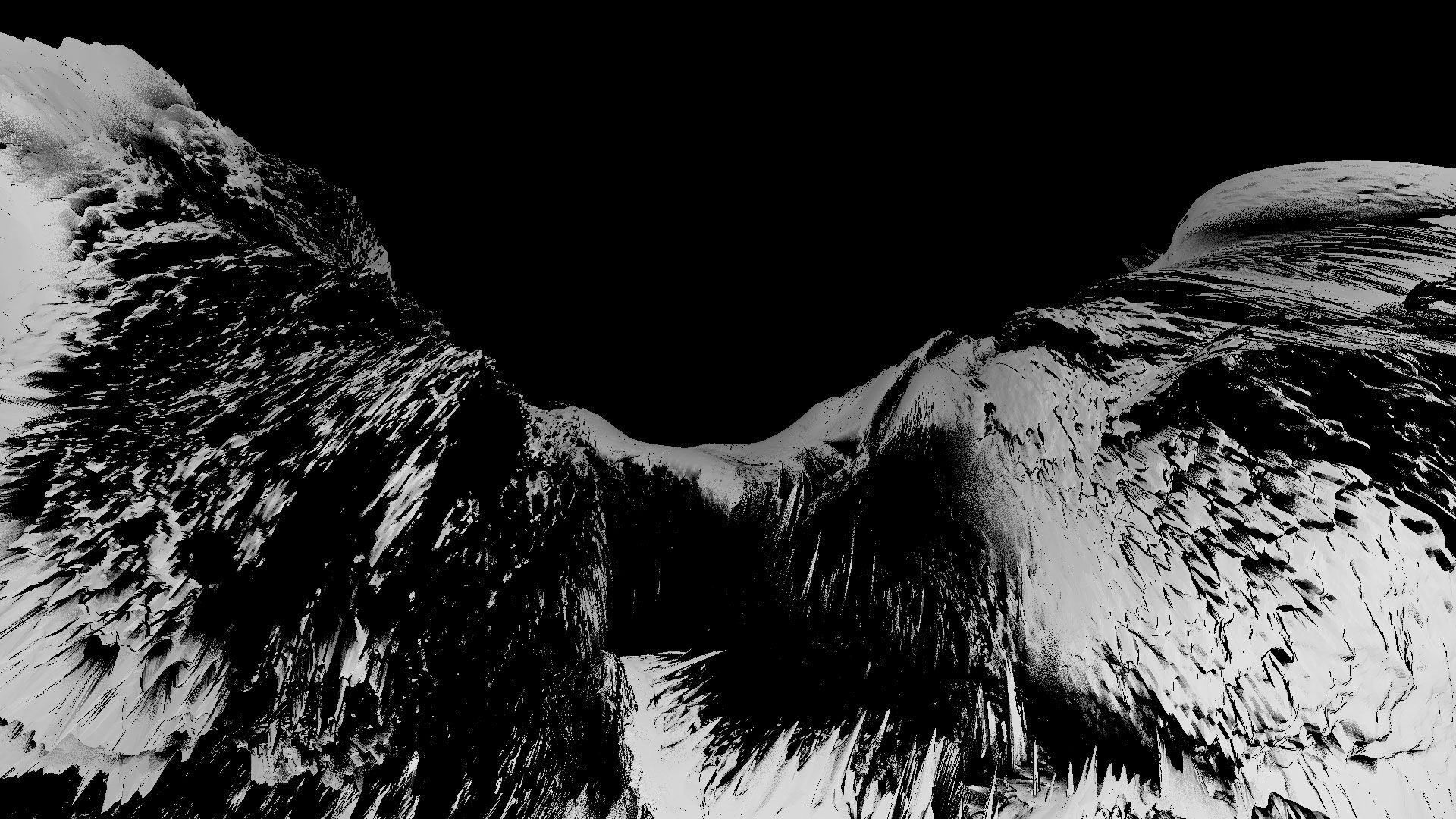 ﻿As the end of October draws nearer, nights in the Northern Hemisphere get darker and shadows get longer, people around the world are getting ready for Halloween.

The Halloween tradition started in Pagan times to mark the end of the harvest, before being entwined with the Christian calendar festival of All Soul’s Day or All Hallow’s Eve. Nowadays the festival is mostly associated with the practice of dressing up in creepy costumes and collecting sweet treats door-to-door and evil tricks for the kids, or an excuse for a morbid fancy dress party for the adults.

We thought we’d take part in this year’s Halloween festivities by picking out some of our most sinister and evocative artworks - take a look at what we’ve chosen and let us know if you find one that’s spookier!

Halloween is a time to celebrate the unsettling. Turmoil is an audiovisual piece by 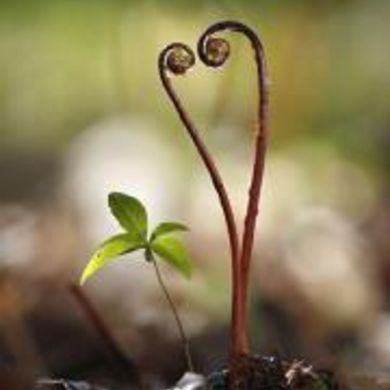 Gretchen Mielke Snaith in collaboration with electronic artist Killawatt (see above) which deals with fragility, desolation and the tension between order and chaos. As with all of Joëlle’s work the piece asks questions about the relationship between human and machine. A digitally rendered form, vast in scale and complex in detail, surges and mutates. The form (or swarm) seems permanently at the edge of collapse. Image and sound come together to produce a work which sits at the junction of different renderings of the real, referencing both the ocean wave and the algorithm. 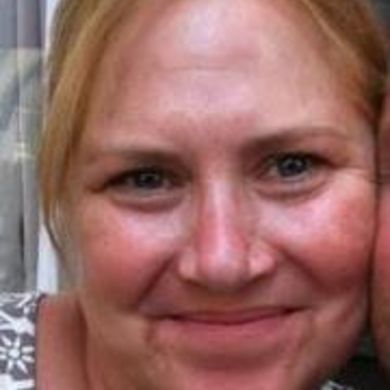 Christine Orrall’s Civilisation (Hell and Heaven) which comes from the artist’s Megaplex series. The high resolution digital edition is produced by the artist building an elaborate visual language from collaged movie imagery. The result is a commentary on the link between capitalist culture and duality, focusing particularly on the duality of Heaven and Hell, played out in cinemas in the form of battles between Good and Evil.

From Nick Cave & The Bad Seeds’ song Carny to the theme of Inverso Mundus or World-Upside-Down (also explored by Russian collective AES+F), the carnival carries with it a long established connection to the macabre and the frightening. Perhaps it makes sense that the swirling lights and magic tricks of the fair unsettle the visitor’s sense of safety and stability.

Rachael Goddard’s digital edition Carnival links the past and the present - ancient fire festivals and Disney movies - via the funfair to remind us that culture has not changed as much as we might think, and that maybe the more civilised we say we are, the more vulnerable we are to the flashing lights of the fair.

Humans have long been fascinated by the strange, the overwhelming and the abyssal. 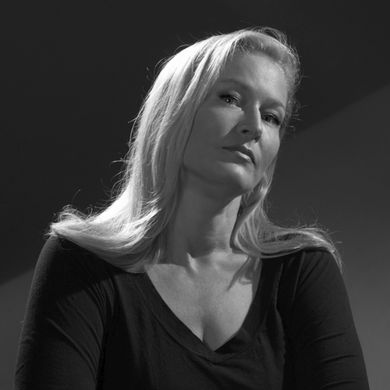 Jill Greenberg’s digital edition Dark Place taps into this fascination - it is inspired by the 'gravitational waves' that are thought to permeate the universe. These theoretical, minuscule ripples in spacetime are being sought by scientists as evidence of a rapid 'Inflation' subsequent to the 'Big Bang' which may explain the even distribution of matter throughout the cosmos. Tiny invisible waves are tied to cataclysmic events - forces we cannot see are direct links to forces which could destroy us in an instant. 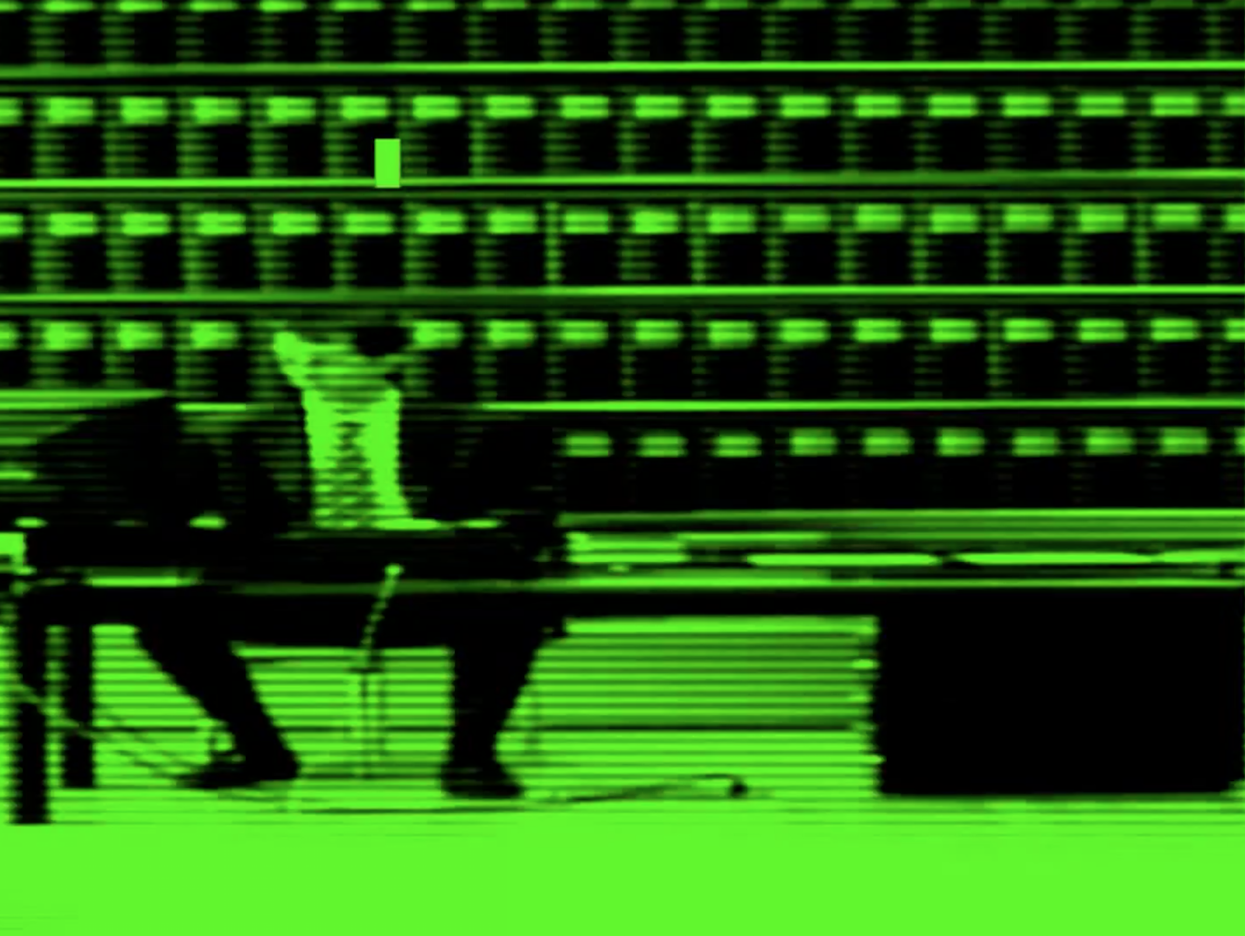 The concept of the dystopia is a familiar one and dystopian fictions are mainstays of the literary and cinematic worlds. What is often left unsaid is that these fictions are means of processing the dystopian worlds we live in - the powerful and frightening structures which influence our lives in uncontrollable ways.

Private collector’s piece A Twinge of Misgiving is a man who “leads a dismal existence, typing away seemingly meaningless snippets of information.” Which begs the question, in an age of constant content production, in which everyone is an author and curator, in which a swipe of a phone screen is a comforting - and unbreakable - habit for most: who are we producing for? Who is watching what we say, and why? 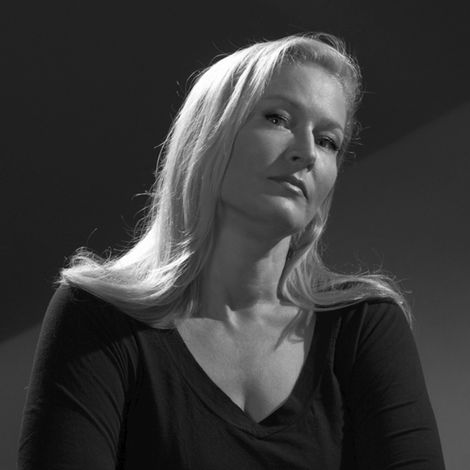