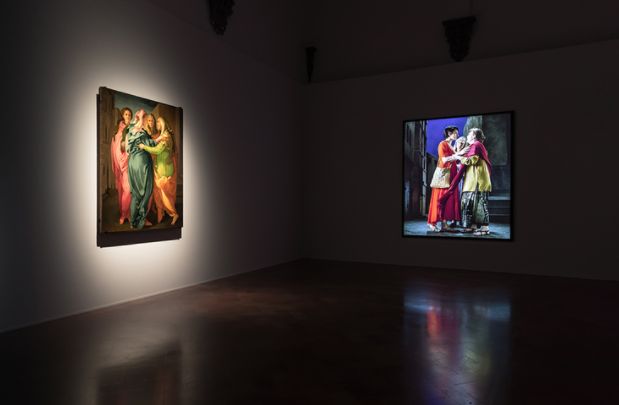 Bill Viola. Electronic Renaissance is a major survey exhibition of work by the pioneering video artist. The exhibition takes place at Palazzo Strozzi, Florence, Italy from 10 March to 23 July.

Electronic Renaissance is a celebration of an artist whose experimental practice has broadened the horizons of video art and inspired moving image artists for decades. The exhibition combines early work from the 1970s and monumental installations from the last decade.

Over the decades Viola has become known for exploring intensely human experiences and concepts - birth and death, consciousness, transcendence, through the medium of video. His series The Passions presented slow-motion video works inspired by Renaissance painterly traditions. Electronic Renaissance emphasises the links between the artist and the art of the Renaissance.

The exhibition also examines the relationship between Viola’s work and the city of Florence. The artist lived and worked in the city from 1974 to 1976, when he was technical director of video production centre art/tapes/22 in the city. The years spent in Florence were important for the development of Viola’s practice; as well as being a time of technical exploration, the period also introduced the artist to the work of influential video art practitioners including Nam June Paik and Bruce Naumann.

As well as being displayed at Palazzo Strozzi, Viola’s works will also be displayed in other venues throughout the region, including the Uffizi Gallery and Santa Maria Novella Church Museum, in an extension of the exhibition.