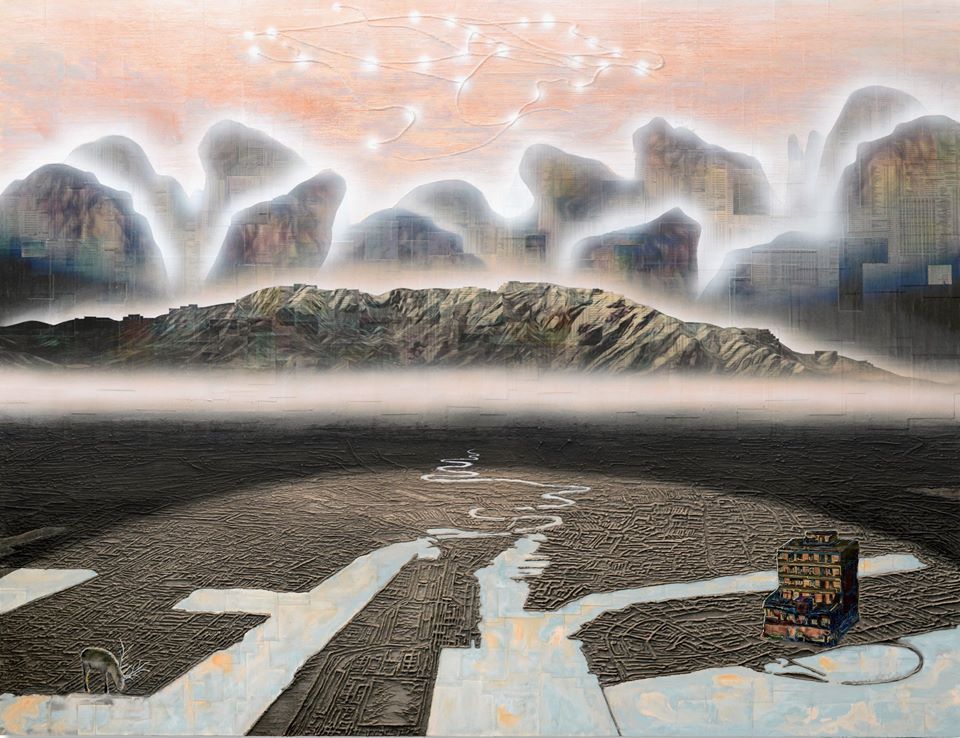 The title of the exhibition refers to the milky white latex exuded from poppy plants to make opium - otherwise known as ‘poppy tears’. Tears of Paradise is a play on words, ‘tear’ being linked both to crying and to ripped fabric.

The exhibition traces the history and impact of opium production in China, juxtaposing the country’s power, wealth and ambition today with the opium wars and with the ‘Century of Humiliation’, the period of Western and Japanese intervention in China from 1839 to 1949.

“Britain, the 1st narco state in history, forced China under semi-colonial rule to consume opium sold by the East India trade company. It resulted in multiple invasions by Western powers and Japan, the 'Unfair Treaties' and the loss of Hong Kong. Within this historical framework, Communist China developed Capitalist policies that have resulted in economic miracles and the largest human project in history; The Belt and Road initiative or the revitalisation of the silk routes that connects more than 70 nations.” - Gordon Cheung

The exhibition features five paintings which meld together satellite imagery, speculative future maps of China, references to classical landscape paintings, dynastic iconography, and layers of sand and pigment. The compositions explore future geopolitical landscapes while remaining aesthetically connected to those of the past and present. The futurescapes Cheung creates are a nod to the ambitious plans currently driving China’s (global) economy - notably the Belt and Road initiative, which intends to improve infrastructure and exchange following a route approximately matching that of the great silk road.Through the paintings, China has come full circle; the route that brought great power to the country, yet later enabled exploitation of its people, is now being woven into a new twenty-first Century trade route.

Tears of Paradise is at Edel Assanti, 74A Newman St, Fitzrovia, London W1T 3DB until 7 March.