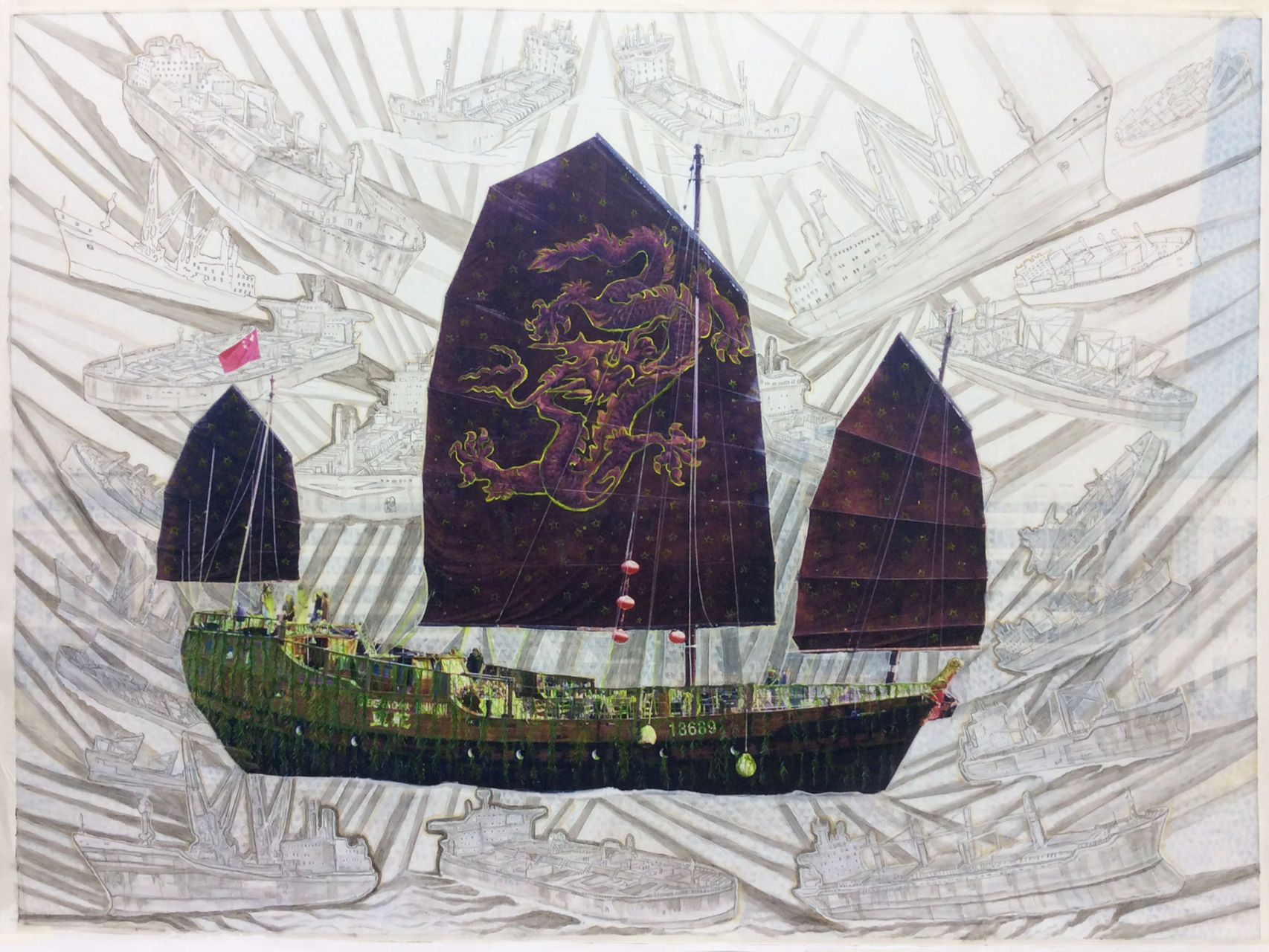 Hew Locke focuses on symbols of public status - their brittleness, their power, and how links between past and present can be traced through emblems of prestige and war. Here’s the Thing is on display at the Ikon Gallery, in Birmingham, UK, from 8 March to 2 June, and is the most comprehensive exhibition of Locke’s work to date.

The exhibition brings together works made by Locke between 2013 and the present. Through these works the British artist, who grew up in Guyana at the time of its independence, articulates the role of insignia, warships, weapons and the regalia of state in forming the colonising empire. The works collectively reveal and examine languages of colonial and post colonial power, forming a nuanced critique of governmental structures and symbols still in force today.

The works in Here’s the Thing range from video and installation to drawing, painting and photography. Many of the works incorporate, re-work or reference found objects. Often the works include multiple found or referenced emblems of power in dialogue from different eras, drawing links between then and now. Emblems of monarchy, might and wealth are woven together with evidence of the often brutal and corrupt infrastructure that enables them.

Migration and diaspora are recurring themes in the exhibition, which includes On the Tethys Sea, the work known for being displayed at the Diaspora Pavilion in Venice in 2017. The installation piece features a flotilla of boats customised with decorations, emblems and talismans, and plant life and suspended from the ceiling. The airborne boats evoke flocks of birds or escaping souls; their density and number evokes flowing water and crowds of people in transition. Crew and passengers are absent; the only people who can see the boats are underwater. 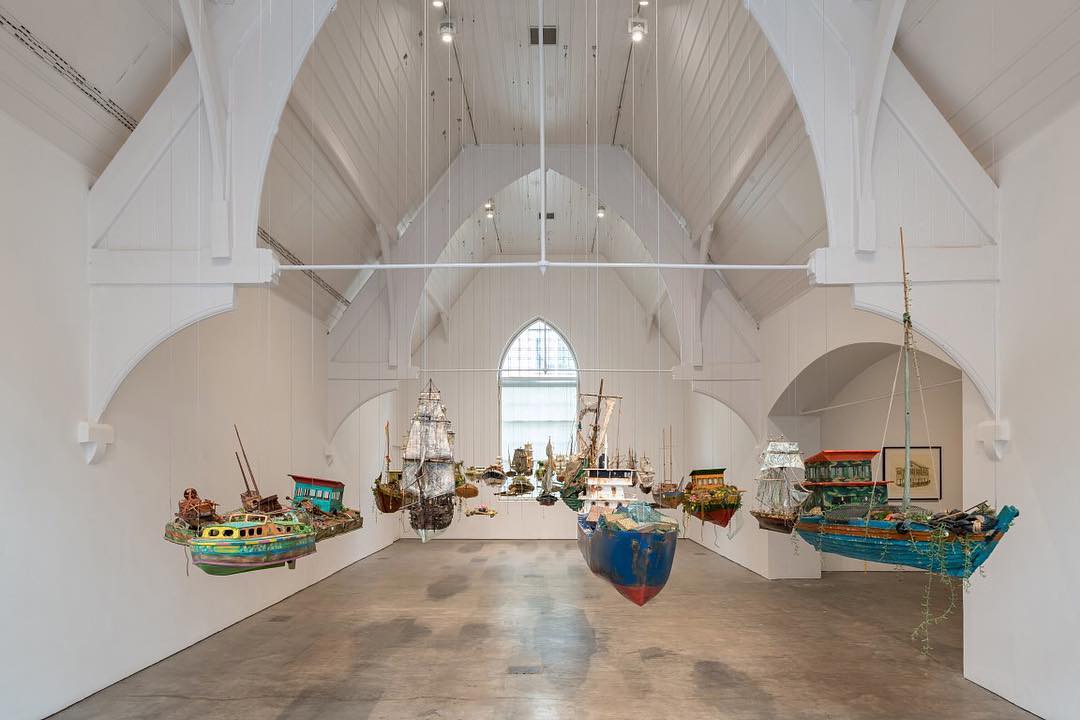 Elsewhere in the exhibition, 2015 video installation The Tourists invents an alternative history for the HMS Belfast, the often celebrated battle cruiser with a role in World War 2 and the Korean War. One of the ship’s last visits, as an emblem of power and a flexing of muscles, was to the Caribbean where it stopped in Trinidad in 1962. The Tourists uses satire to usurp the military display of might by sending mannequins on board the ship to the Carnival. Through this use of satire the work is a reminder of the significance of warships as vehicles of exploitation and unfair trade.

Another recurring theme is monarchy. In Locke’s 2015 Souvenir series of sculptures, busts of royals are decorated with costume jewellery and displayed alongside antique share certificates which hint at the exploitation underpinning the success of empire. Hinterland (2013) reworks a photograph of a Queen Victoria statue from Georgetown in Guyana, which was taken down and dumped in 1970 before being reinstalled in 1990. The statue’s history evidences aspects of the turbulent post-colonial politics of Guyana. As is so often the case with Hew Locke's work, the piece cleverly interweaves the personal and the global, repurposing mainstream narratives so they amplify narratives that have been suppressed.

Here's The Thing by Hew Locke is at Ikon Gallery, 1 Oozells Square, Brindleyplace, Birmingham B1 2HS, UK until 2 June.