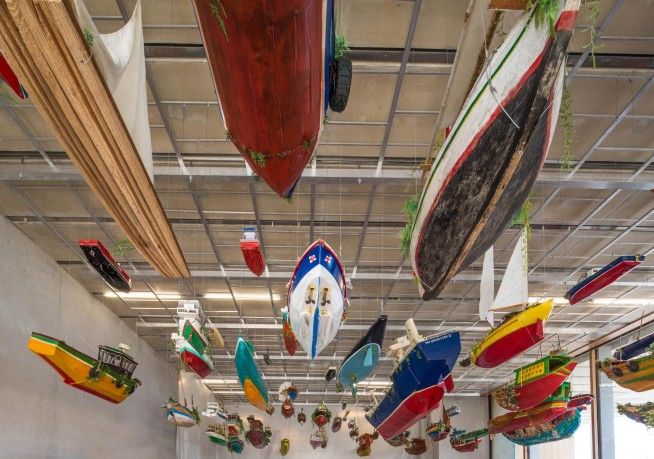 Hew Locke is on display this December at three simultaneous exhibitions in Miami. As well as being represented at Art Basel Miami, Locke is exhibiting at Peréz Art Museum Miami (PAMM) and has a new public art commission which can be accessed via mobile devices.

Click here to see Hew Locke talk about this work in Miami.

As part of Art Basel Miami, which takes place at Miami Beach Convention Center from 7-10 December 2017, PPOW Gallery will display a series of sculptural works by Locke. The works are part of Locke’s Wine Dark Sea series. The series, whose name references Homer’s description of the mediterranean in The Odyssey, is a visual poem composed of models of significant historic and contemporary boats.The vessels are heavily symbolic, representing escape and confinement, safety and danger, beginnings and endings. Boats have existed in various forms for thousands of years and have been built by peoples from around the world for fishing, travel, commerce and exploitation.

Another boat based piece showing during the fair is the second iteration of Locke’s installation work For Those In Peril on the Sea which is on display at Peréz Art Museum Miami and is part of the PAMM’s permanent collection. Re-installed by popular demand, the exhibition opened on 21 July 2017 and runs until 26 August 2018, and features a display of dozens of replicas of sea vessels (skiffs, catamarans, ships and cruise liners among others) suspended from the ceiling. The piece pays homage to the many waves of immigrants who have come to Miami, particularly from the Caribbean, throughout its history and has specific resonance for the South Florida community. 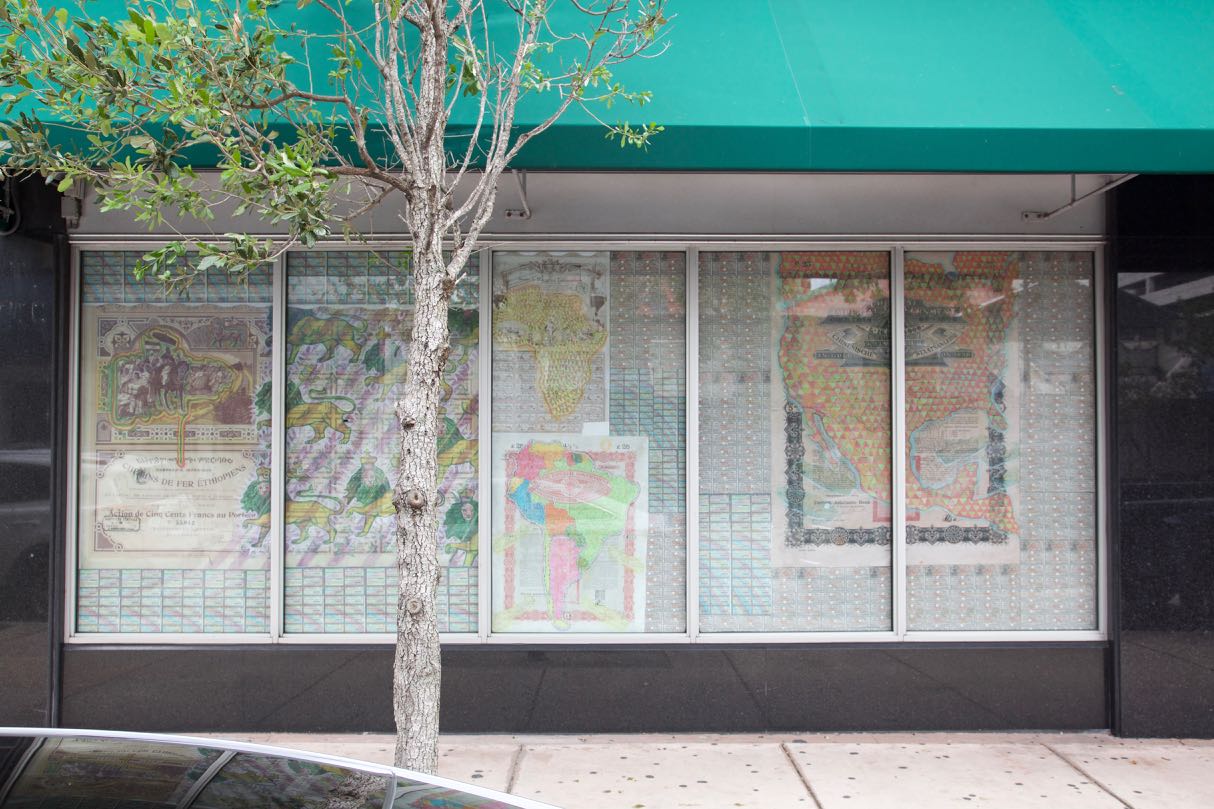 In addition to these two exhibitions, Locke also presents a public art commission titled Reversal of Fortune in a vacant former jewelry store in the historic Alfred I DuPont building in downtown Miami. Presented by Fringe Projects, the installation explores the history and global distribution of money, power and ownership through displays of antique share certificates. The artist has added layers of paint to the certificates and replicated the results, drawing attention to the economic cycles the certificates were and are part of, and to the certificates’ aesthetic.

There will be guided tours around the installation during Art Basel Miami, one of which the artist will attend, as well as the opportunity for visitors to take away a memento. The installation can also be experienced as a virtual 3D tour via this link.

Top image: Hew Locke, For Those in Peril on the Sea, 2011. Collection Pérez Art Museum Miami, museum purchase with funds provided by the Helena Rubinstein Philanthropic Fund at The Miami Foundation

Sedition Art Stream – Better than ever!

unREAL. The Algorithmic Present in Shanghai