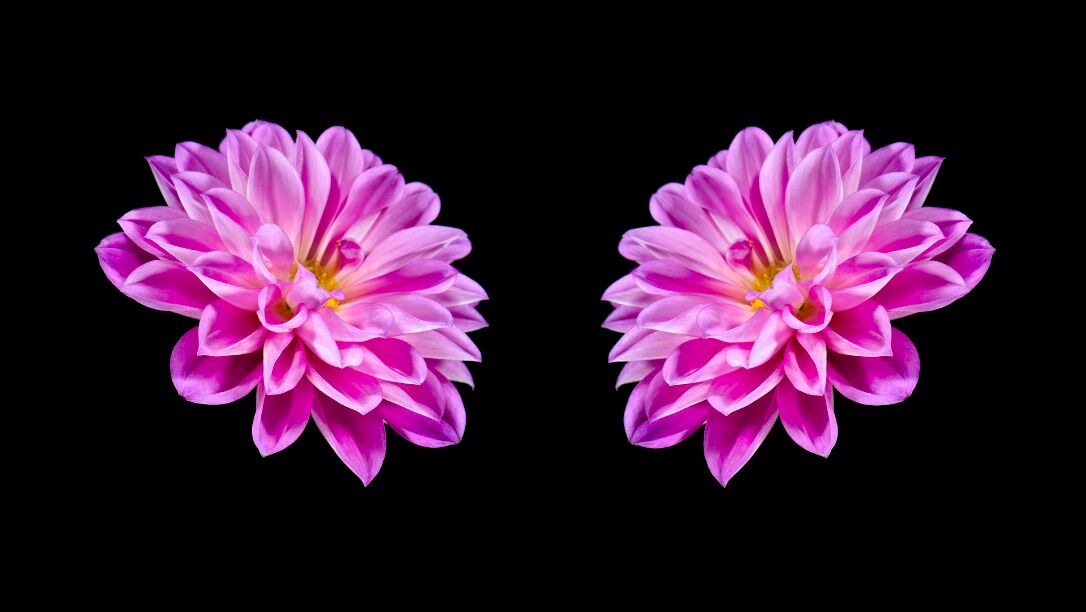 Sedition: Particle physics and the science of seeing are underlying themes in the series Quantum Field. Could you tell us about your research? What are the concepts that fascinate you?

Graham Fudger: Deconstruction is central to my approach to contemporary art and the question of vision begins with the process of nucleosynthesis – the fusion of elements inside stars – and the scales involved are immense. Scientists have calculated that our star converts over six hundred million tons of the base element hydrogen into helium every second at temperatures reaching fifteen million degrees, and it’s been doing that every second for the last four billion years. These elements emit electro-magnetic radiation at specific wavelengths as their nuclei fuse and electrons move between orbital states and that energy radiates out into space at the speed of light. 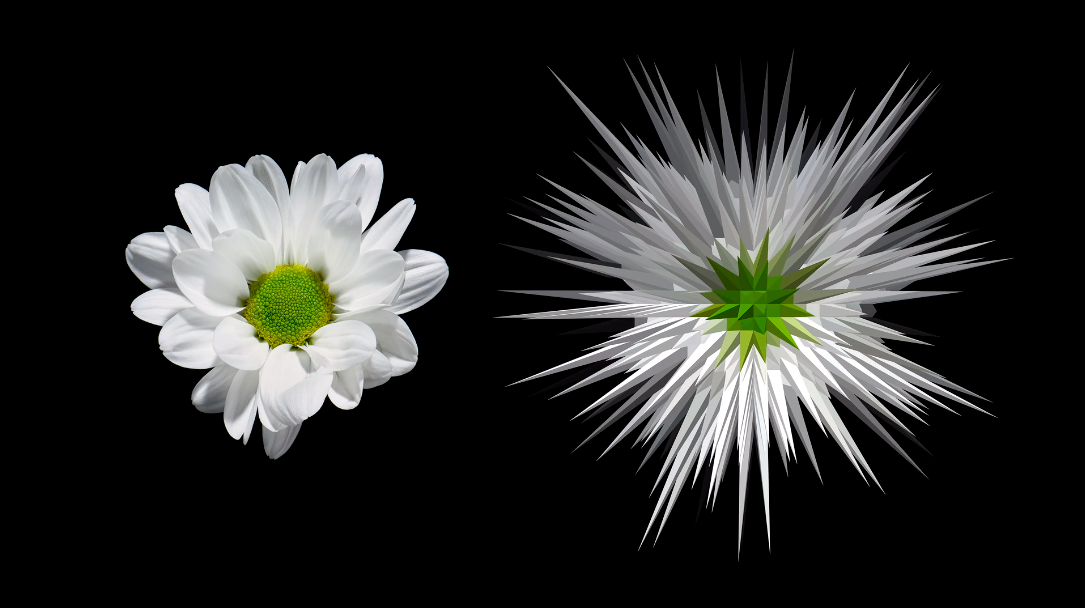 Eight minutes later, a tiny fraction of that radiation reaches the earth, orbiting at a distance of ninety-three million miles. The energy that penetrates the earth’s atmosphere and magnetosphere is absorbed and reflected in differing degrees by all of the things it encounters, and through three billion years of evolution living, things have come to use this energy as a stimulus for metabolism or as part of a sensory process to locate the animal-entity in space. Five hundred million years ago, a multi-celled organism might have been able to distinguish between exposure to the sun and a sudden occurrence of shade, signalling the potential presence of a predator above, and this survival-enhancing sensory ability has developed over time to become a means of mapping the entity’s close environment by sensing the electro-magnetic energy it reflects.

Today, vision-sense exists in a diverse range of forms throughout the animal kingdom. In humans, the biological / neurological process of seeing accounts for around eighty percent of the brain’s sensory activity at various levels across consciousness, perception, and memory - and most of that stimulus is gleaned by the fovea, the small central part of the eye’s receptor that yields the sharpest vision with the greatest colour acuity. 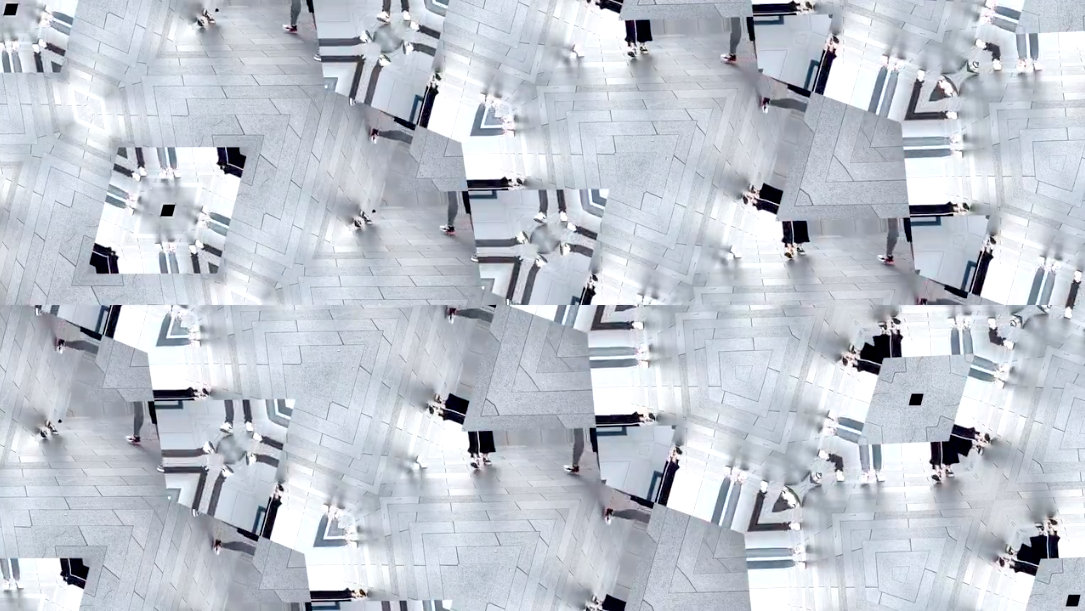 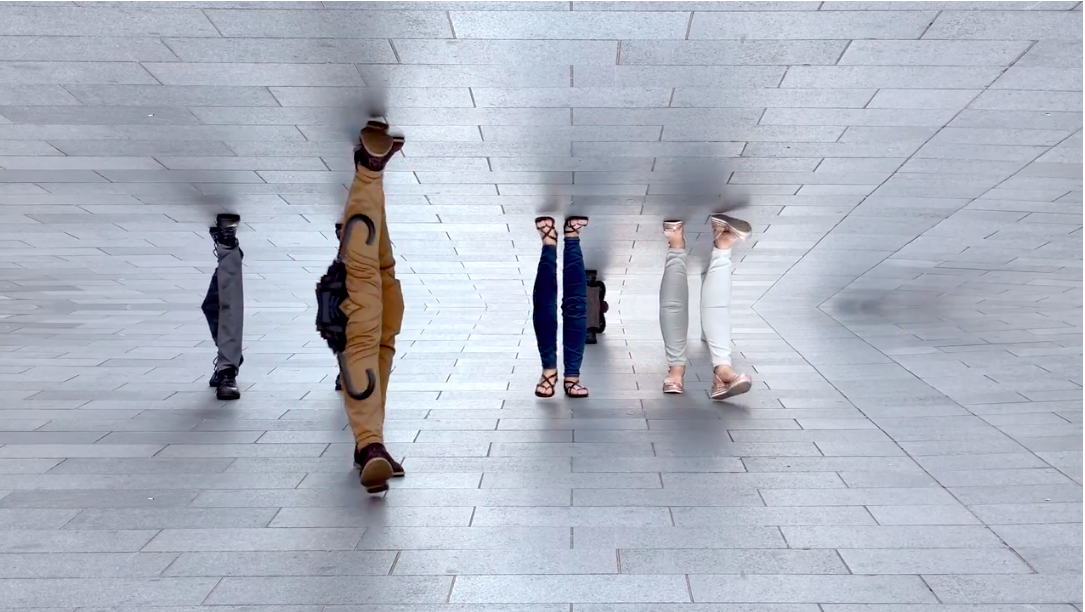 Above: An Absolute Uncertainity Ω8 by Graham Fudger

Sedition: Could you please tell us a bit about your research in the study of colour in art and the impact of colour theory in your practice? What is it that particularly interests you about this field?

GF: Most animals have little or no control over their lived environments, and their experience of light and colour is ‘animalistic’ in nature. Human animals have been manipulating their lived environment to a greater degree for a hundred thousand years, with an explosive technological acceleration in more recent times that has outpaced our species’ genetic ability to adapt.

Putting that into the context of the visual artefact, six hundred years ago, a practising artist might have been restricted to a pallet of five or six readily available colours to produce one individual work for a relatively restricted audience, whilst more recently, in Victorian times, advances in chemistry allied to new industrial processes facilitated the production and ever wider distribution of increasingly colourful artefacts in the form of products, posters and magazines.

The commercialisation of colour as a design aesthetic during the industrial revolution fuelled the development of a whole new sensory language. The introduction of photography and the cathode ray tube accelerated the process further, and the digitisation of the late twentieth century has since rendered the entire world visible in a nanosecond at the touch of an LCD screen.

If human visual perception is based on the central two per cent of our foveal vision, and that space is increasingly taken up by the smartphone and screen, then our sensory understanding of the world is becoming increasingly mediated by pixels and the colours they generate. The experience is still vision-based, electron-based, and rooted in the laws of particle physics, but factors that might have previously engaged all of the sensory minds, like presence and proximity, have evaporated.

Sedition: You have recently launched a new collection titled Electric Wallpaper on Sedition. Could you explain the inspirations behind this series?

GF: Electric Wallpaper draws upon this research and explores the issues raised. In essence, it asks: Does light exist or is it simply a construction of the earth-based animal mind? What does it mean for colours to be separated from their origins? And how do we adapt in evolutionary terms to the sudden appearance of this quasi-virtual world?

Sedition: What was the inspiration for the title of the series An Absolute Uncertainty, which was previously launched on Sedition? What did you intend to explore with this series?

GF: An Absolute Uncertainty is a tongue-in-cheek revision of Cartesian dualism that explores the existential dilemmas of dislocation and transience through a contemporary abstraction of the realist approach inherent in the documentary style. Notions of body and mind are central to the series that reflects on our inability to act collectively for the good of the species or for the planet as a whole.

Sedition: How do you think your professional background in photography impact your later works and shaped your digital practice?

GF: I studied photography at a university in London during the late nineties - a time when digital was on the rise - and my work transitioned from photochemical to digital during the decade that followed. In that sense, I was about ten years ahead of the general population, who now shoot and view at the touch of a button. Digital for me began as a convenience relative to the complexities of the photo-chemical C-type colour printing process, but I found the benefits outweighed the limitations as my Photoshop skills improved. My current series of colour animations are based on high-resolution stills shot in a dedicated macro-FX studio and manually assembled into 4K UHD video using Final Cut.

GF: For physical works, I’m mostly drawn to the meanings inherent in things, so I almost never make objects from scratch a material level. I sketch, relate and find, and then assemble according to the semiotic language of the piece. My Portrait of The Artist as an Omelette is a good example of this approach, taking my head as the basis of the work and overlaying new signifiers through the process of creating a mould, casting a model, and coating it with a raw egg to bake in a commercial oven.

Sedition: Are there any memorable projects/exhibitions that you regard as milestones in your artistic journey? And what excites you the most for this year?

GF: I signed to Noon Powell in Notting Hill last year, which was a milestone for my 3D works, and recently received funding from Arts Council England for a twelve-month root and branch study of the use of Colour in Contemporary Art, which will leverage my delivery in the public sector art-space.

Joining Sedition as a curated artist last year was quite a big deal. As someone who is deeply immersed in research and the artistic process, I like being able to distribute developed experimental work globally and gain feedback from collectors without the excessive marketing activity that can be found in the more speculative ( but equally intriguing ) NFT space.