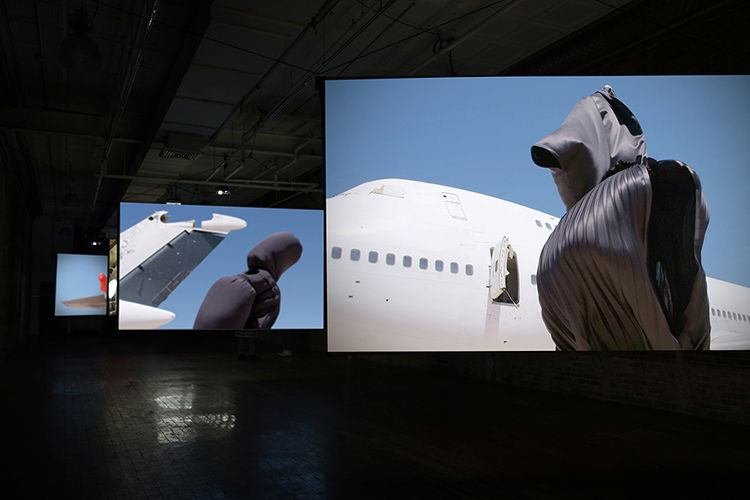 We had the chance to speak with Marie Vic about her Ten Blows collection that launched on Sedition this week. We asked Vic about her new work, her interests in fashion and her experience working in New York as a French artist. Vic’s Ten Blows collection features ten video pieces created by filming Givenchy garments fluttering in an airplane graveyard in the Mojave Desert in California. The work is currently on display in the exhibition Blowing Riccardo at Hotel Particulier in New York from 6-8 March 2015. A series of images from the videos entitled Blow-Up, will also be presented on billboards across Lower Manhattan.

Could you tell us about how your studies at École Spéciale d’Architecture and MFA from Parsons The New school for Design has influenced your work and practice?

Marie Vic: It’s the people I’ve met throughout my studies that influenced my work the most. I never forgot Sir Peter Cook’s advice during a studio visit: “if you want your ideas to prevail, you have to be the one who is up early”.

What interest do you have in fashion? What role does fashion play in your work?

MV: What I find interesting about Fashion is that it is a form of language, an immediate language. A garment is a commodity with which one communicates; it is a sign, a visual signifier that can operate simultaneously as an element of reference, or friction. To speak with the words of Roland Barthes, “Fashion is a kind of machine for maintaining meaning without ever fixing it, it is forever a disappointed meaning.” There is a poetic absurdity to fashion that I enjoy. And as far as the fashion world is concerned, I am not too familiar with it.

As someone from Paris, how do you find being an artist in New York and the American way of life?

MV: As someone from Paris, I feel lucky that espressos have finally arrived to New York! I am not sure that the American way of life is that strongly represented in it though. In my mind’s eye New York is an exciting and dizzying island with vivid colors and contrasted light.

You tend to create new narratives by taking something out of it’s ordinary context and placing it in unusual or contradicting situations. What are some of the key themes and narratives you are looking to explore in your Ten Blows collection on Sedition?

MV: In this work, I wanted to see symbols of luxury mingling with a dusty, decadent, environment. Ten Blows present lavish garments in a place of desolation, they are being inflated and deflated, taking shapes and forms one would expect. L’air de rien. The result is rather melancholic, sunny and dark at the same time.

You described creating the piece Blowing Riccardo with the intent of creating a “community of loners” could you elaborate on this idea?

MV: Ten Blows is a series of ten films. Each film portrays a lonely garment oscillating endlessly as the wind penetrates it. The garments are endlessly vibrating - they seem insufficient in their own world. Looking at them as a series seem to connect them; hence the community of loners. But in the end, they remain lonely.

How did you choose the Mojave desert in California for filming of the work? Does your work intend to make a comment on consumerism and luxury goods? If so, what is your view?

MV: I chose to shoot in Mojave’s bone yard after seeing images of it in Žižek’s Pervert’s Guide to Ideology. In the film, the aircraft cemetery epitomizes the waste generated by capitalist societies. The images were very powerful: the feeling of waste and nothingness was immense. The squandered landscape looked so impressive under the bright light of California. There was a paradox there that I thought was the perfect context for a work focusing on chiffon. There are things out there which serve nothing and I find it interesting to accept it.

Your work will be displayed on billboards around New York. How do you see your work displayed in space normally intended for advertisement?

MV: The commercial nature of the billboard turns Blowing Riccardo into a monumental commodity. I enjoy the irony of it.

How have people responded to the piece so far? Where will the work travel to after this installation?

MV: I have had interesting feedback so far. Riccardo Tisci himself responded very positively on social networks. Blowing Riccardo is supposed to travel to Asia this year, most likely to Hong Kong. And then… who knows?

What are some new projects or exhibitions you are currently working on?

MV: I have started working on a project flirting with the Stendhal Syndrome. But it’s too early on to even talk about it. 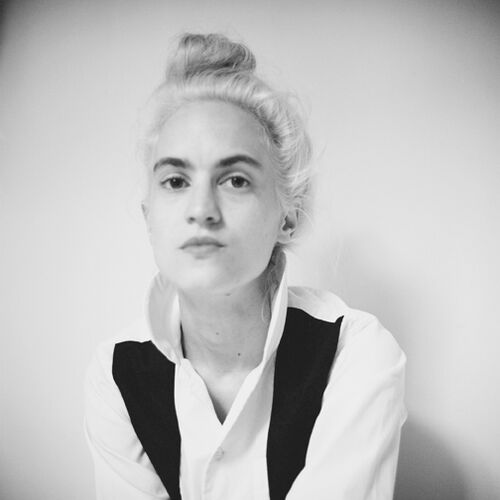