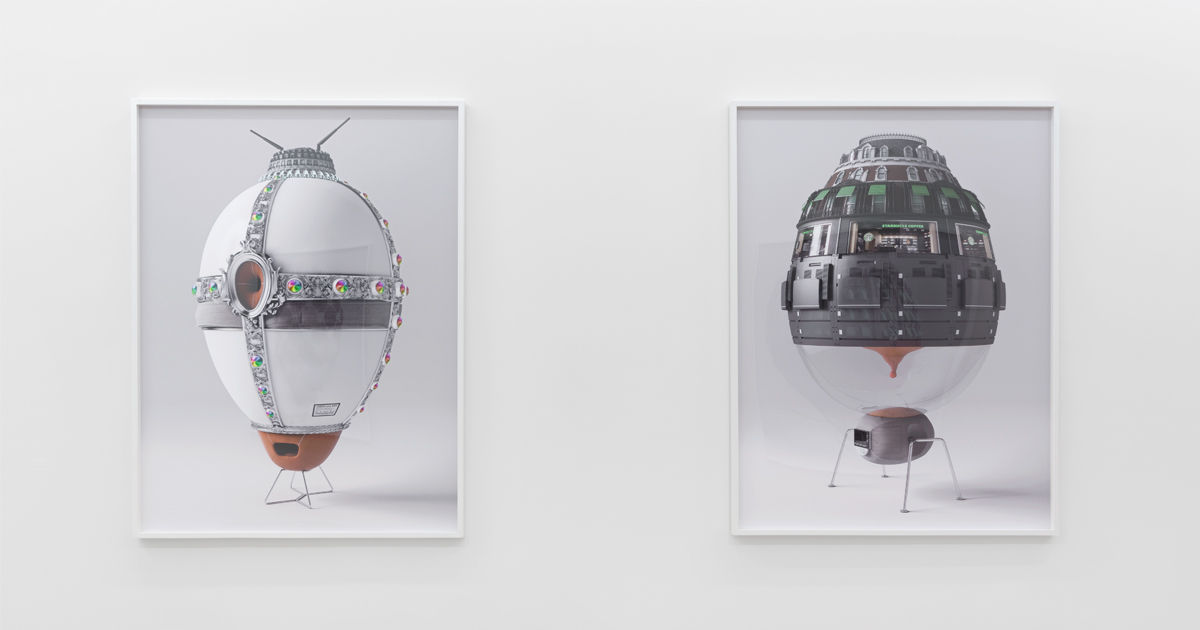 This year Walters Art Museum’s exhibition Fabergé and the Russian Crafts Tradition celebrates Fabergé Imperial Easter eggs, the jewelled icons of Imperial Russia. Two of the eggs are on display in the museum and are examples of luxury and master craftsmanship of the nineteenth Century. They are also icons of empire, and symbols of the Romanov Dynasty.

To complement and contrast the elitism the eggs represent, a series of works by digital artist

Jonathan Monaghan are also exhibited at the museum alongside Fabergé and the Russian Crafts Tradition. Monaghan’s work looks at the semiotics of luxury, tracing how historic symbols of opulence are rendered in the digital age.

After Fabergé is a set of five digital prints by Monaghan which skilfully emulate Fabergé eggs digitally, and recontextualise them by combining them with modern settings, objects and surfaces. “I place every detail and determine the surface texture and the lighting, so there is a level of craft that is similar to the original eggs, only instead of using gold and inlay, I am using pixels” - Jonathan Monaghan.

The prints incorporate references to the practice and language of brand architecture: the use of certain words, imagery and contexts to build a brand image. Brand architecture is a contemporary process for establishing the status of an object or service as ‘luxury’. Like luxury branding, Fabergé eggs were a combination of politics and process which had great but fragile power, which were both highly desired and a symbol of downfall.

“Fabergé is part of our cultural lexicon—it often shows up in popular culture, like in a James Bond movie or on the television show The Simpsons—and embodies a kind of obsessive desire.” - Jonathan Monaghan.

After Fabergé and Fabergé and the Russian Crafts Tradition take place at Walters Art Museum, 600 N. Charles St. Baltimore, MD, US from 12 November 2017 to 24 June 2018.