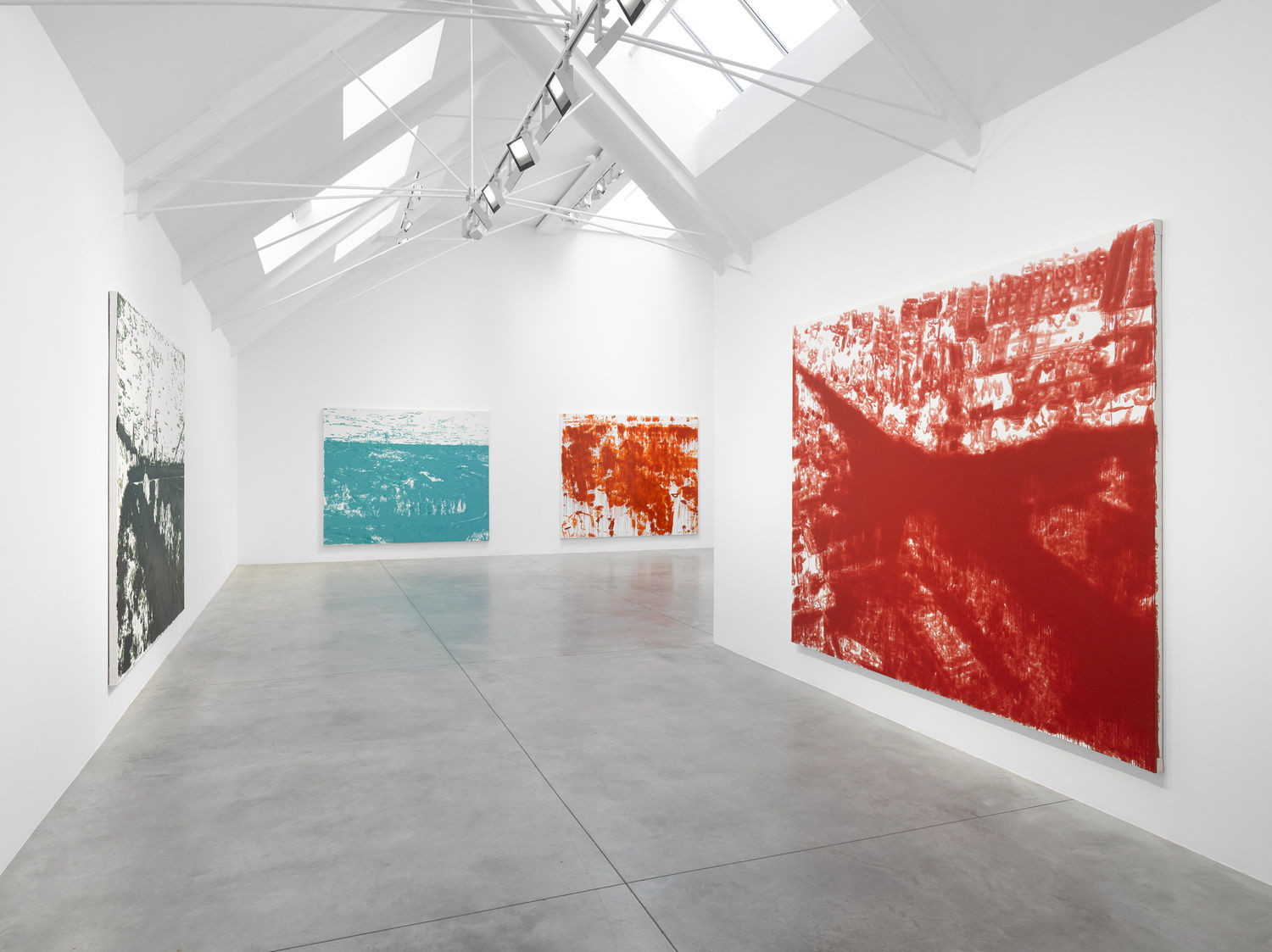 Liu Xiaodong presents a new solo exhibition of work at London’s Lisson Gallery until 2 March. Weight of Insomnia is Liu’s second solo show at Lisson and features a series of works from a long term project of the same name, which has been in development since 2015.

For the Weight of Insomnia project, the artist worked with a group of technologists to create a painting machine which processes a live feed of data streamed from cameras at busy city intersections and, via robotic arms and algorithmic instructions, applies paint to canvas. The resulting paintings are composed of multi-layered marks whose density and positioning speaks volumes about the relationship between physical and digital environments and about how algorithms process and replicate images.

To a surveillance camera’s hardware and software, the complex interactions of people, vehicles, weather in a city are exercises in pattern-making - the movement of a single person moving through a junction becomes a distribution of pixel values, a small set of concrete display decisions which relates to, and feeds into, a much larger set of problems. This multi-scale problem solving is communicated in the gallery through the movement of paint across canvas. Permanent infrastructural elements are marked out by repeated paint applications, while the fleeting movements of people and vehicles are rendered as abstract marks.

For his exhibition at Lisson Gallery, Liu has trained the painting machine’s cameras on Trafalgar Square. Throughout the exhibition the machine will process images from the iconic London location, building an image of the Square which will be unveiled at the exhibition’s finissage in March. Alongside this live painting are completed works made by the painting machine in locations around the world, including Beijing, Shanghai, Jincheng, Gwangju, Berlin, Karlsruhe and Sydney. The exhibition at Lisson Gallery gives a glimpse into urban life around the world as ‘seen’ by machines. 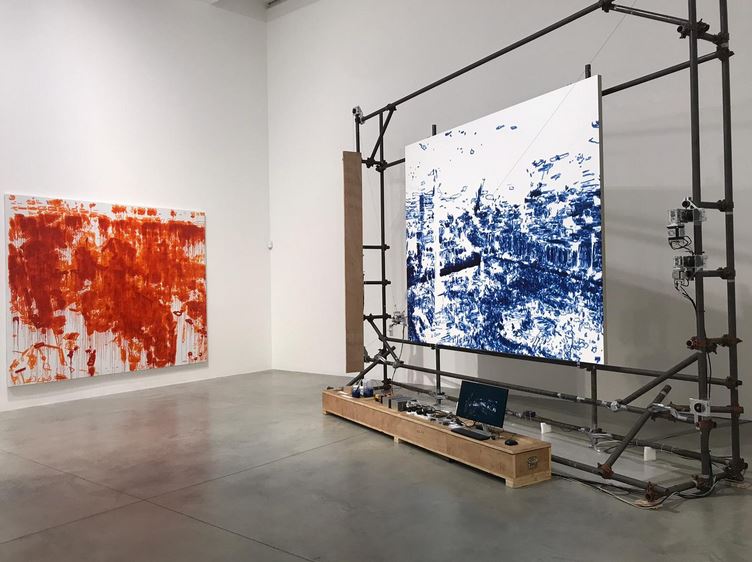 Weight of Insomnia is an investigation into authorship, ownership, privacy and surveillance, responsibility and autonomy. It is also an extension of Liu’s painterly engagement with documenting and archiving the real and his reflections on the collaborative responsibility of the painter, which in past projects have often taken the form of live performative painting and diaries of the painting process. The title is in part influenced by machine’s ability to paint at all hours, never tiring, slowing or wavering in its gaze. This relentless production may be gradually encouraging artists to spend more time thinking, developing and making - alternatively, time spent making by hand may be replaced by the work of robots.

As well as the Weight of Insomnia project, Liu’s exhibition at Lisson also presents his 2015 multi-panel work Time, which reflects on the impact of the 1980 South Korean student uprising through portraits of the children of the protesters, many of whom were killed during the protest by government troops.

Weight of Insomnia is at Lisson Gallery, 27 Bell Street, London NW1 until 2 March 2019.