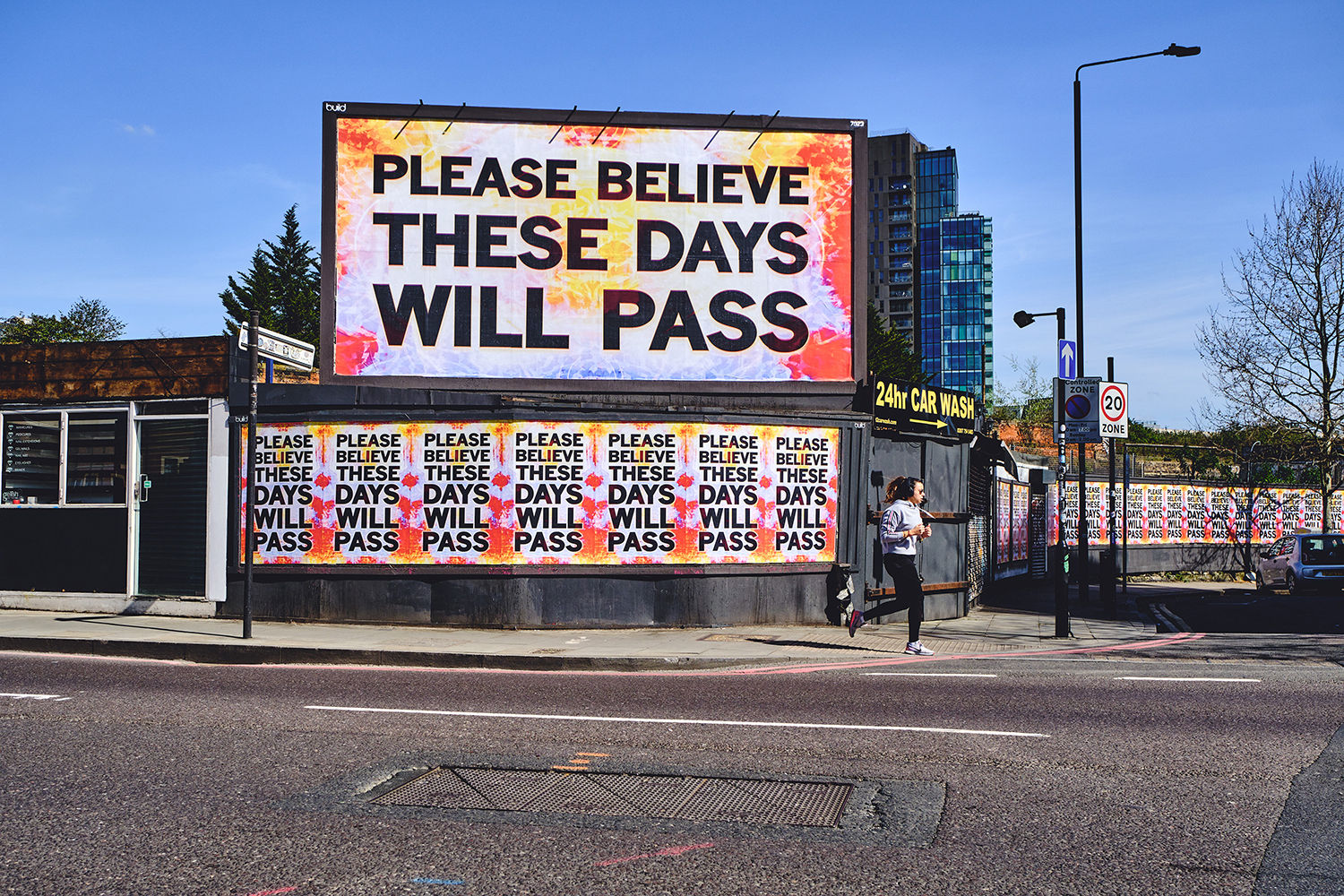 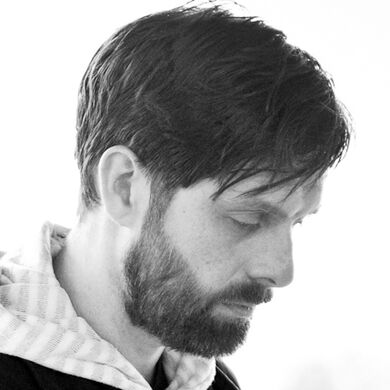 Mark Titchner launched a new artwork on Sedition. Please Believe These Days Will Pass is an animated version of an artwork developed by Titchner in 2012 which took on a new and powerful role in 2020 during lockdown.

Titchner’s work is often interwoven with or driven by short pieces of found or written text. “I’ve worked with hundreds of them. Of this number there are a small group that I think of as key texts. These are the words that I have found myself returning to over the years. They are phrases that have attached themselves to me and can manifest themselves in new ways and situations.” - Mark Titchner, 2020.

Please Believe These Days Will Pass is one such key text; a powerful phrase notably used in a Toronto exhibition of the same name produced by Titchner in 2012 while in residence at the Art Gallery of Ontario.”The title referred to both my personal situation and the political climate in the city, specifically the transgressions of its then Mayor. Again in 2016 in the wake of the Brexit referendum result I returned to these words to produce a new poster.“

More recently in 2020, the COVID-19 pandemic called the phrase and connected artworks to the fore again. In a time of crisis, the solid assurance and bold contrast of the Please Believe These Days Will Pass caught the attention of Jack Arts, a UK creative arts agency. “Part of [...] Jack Arts’s lockdown-related mission to make good use of surplus advertising space across the UK, it was distributed from late March this year to early May, across 10 cities, animating the daily commute of thousands of key workers and going viral (no pun intended) on social media.“ 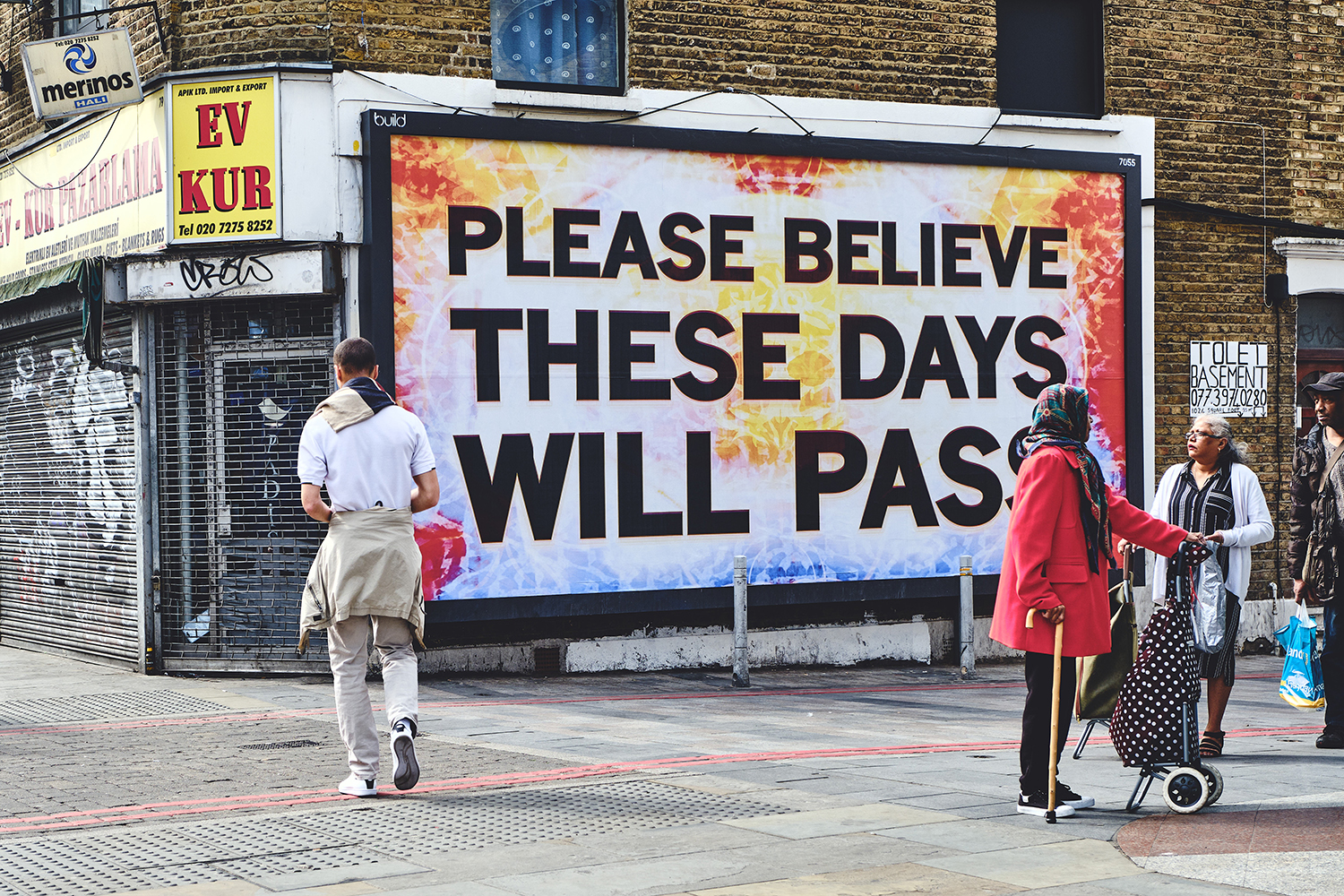 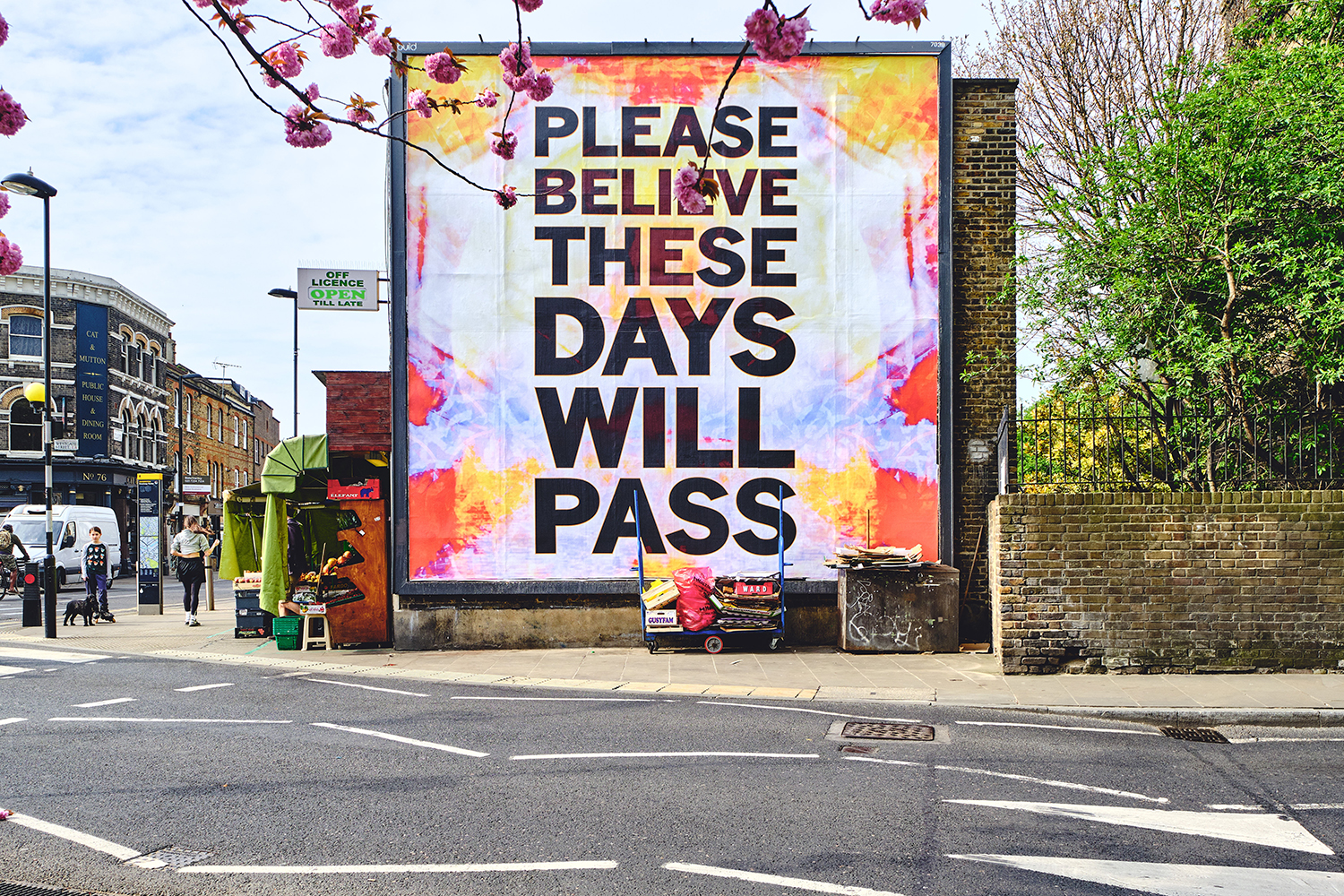 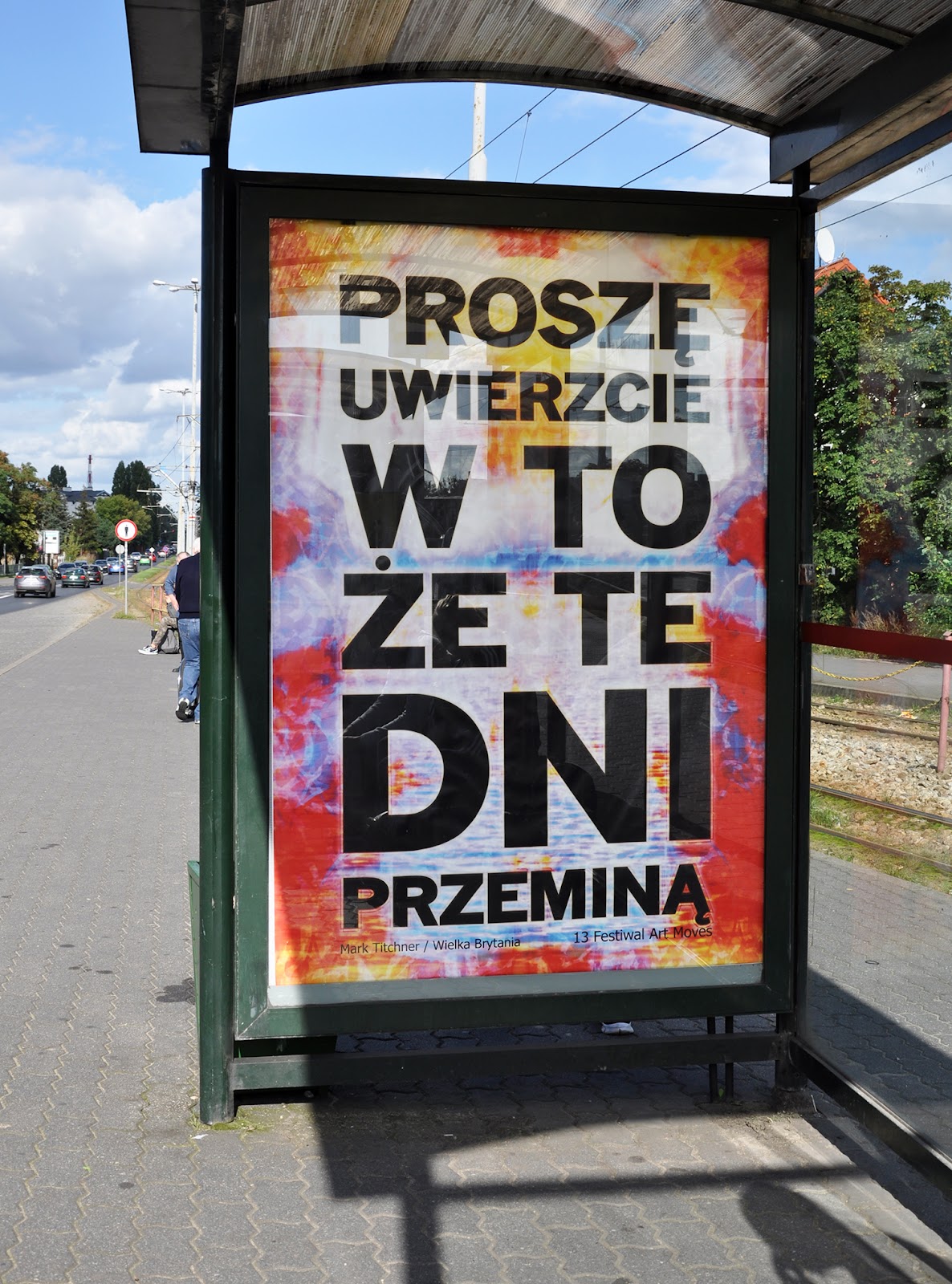 The artwork has been featured in news posts and shared widely on social media. It has acted as backdrop to the daily lives of people around the UK and Europe; versions of the work have been made in Spanish and Polish as well as English. The work’s mode of dissemination in 2020 is evidence of the shattering effect of COVID-19 on businesses (so many billboards would not usually be left open), and also an example of how art can communicate through channels we often acknowledge only peripherally, in startling and powerful ways. The usual clamour of billboard advertising is replaced by a much-needed message of hope and support. The journey of the Please Believe These Days Will Pass project in 2020 encapsulates the oscillation between frightening uncertainty, suddenly redistributed priorities, overwhelming need, and deeply impactful messages of hope that have characterised the year. That such a message could reach people at such a difficult time is a reassurance; the way it did so is a recalibration. 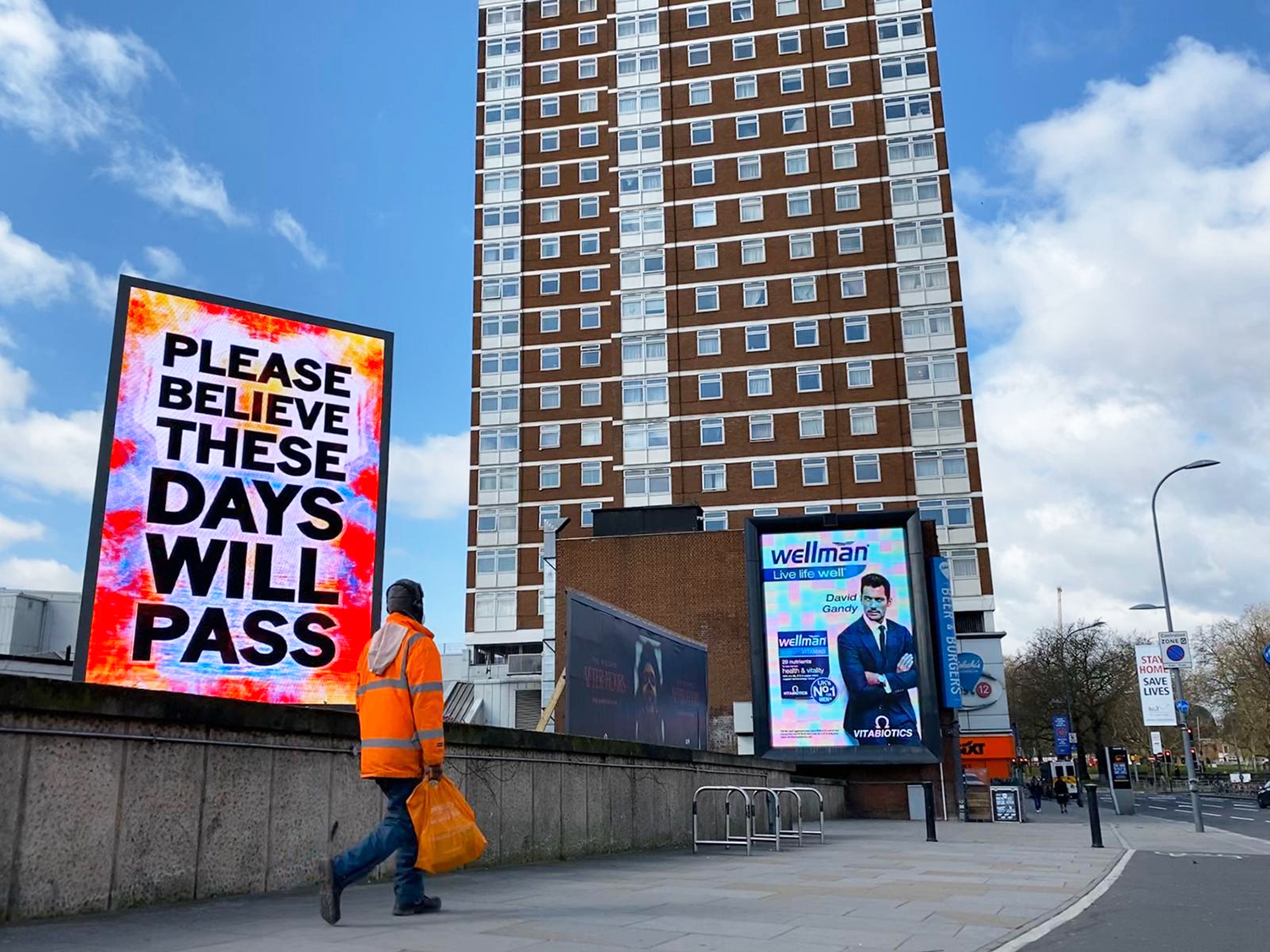 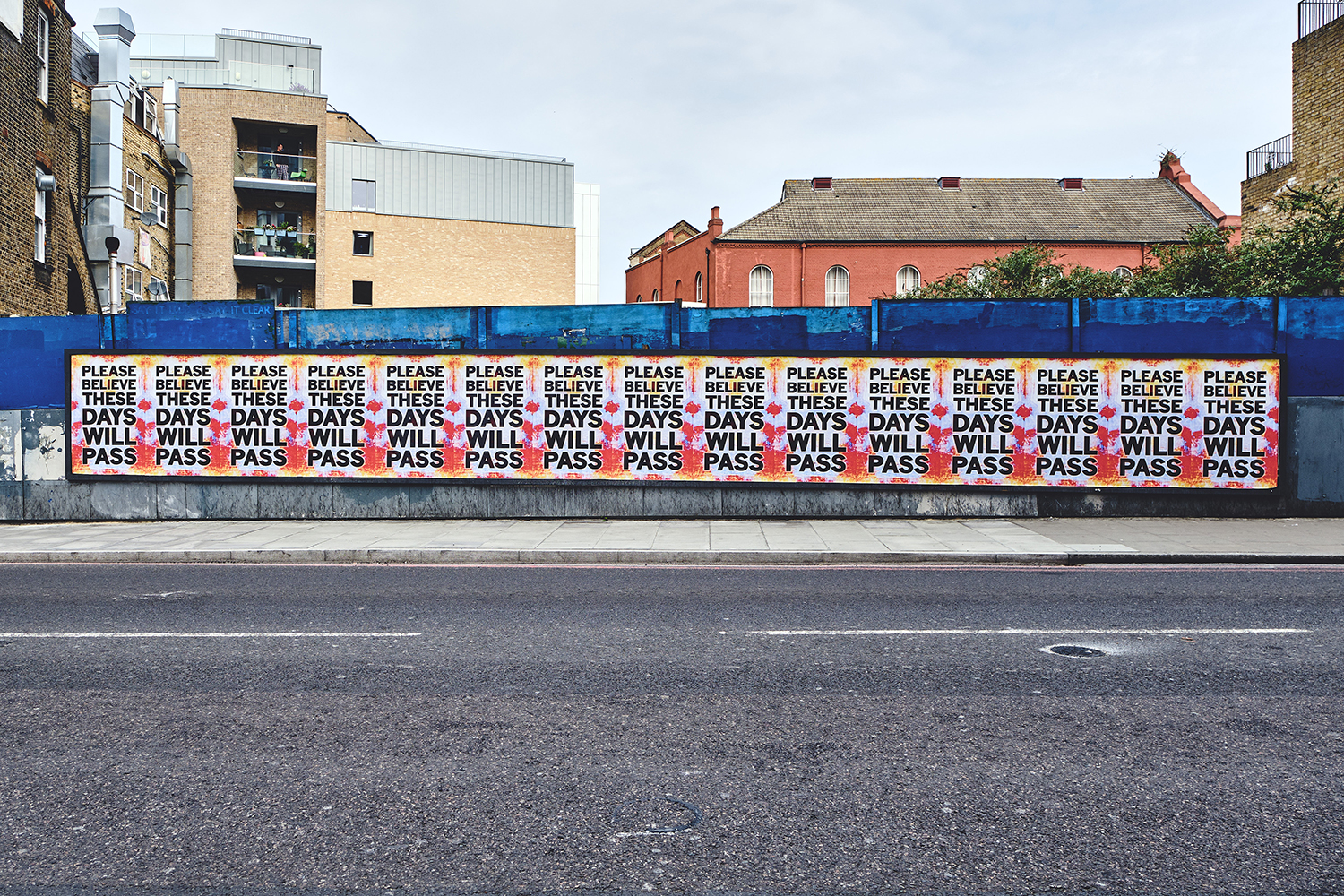 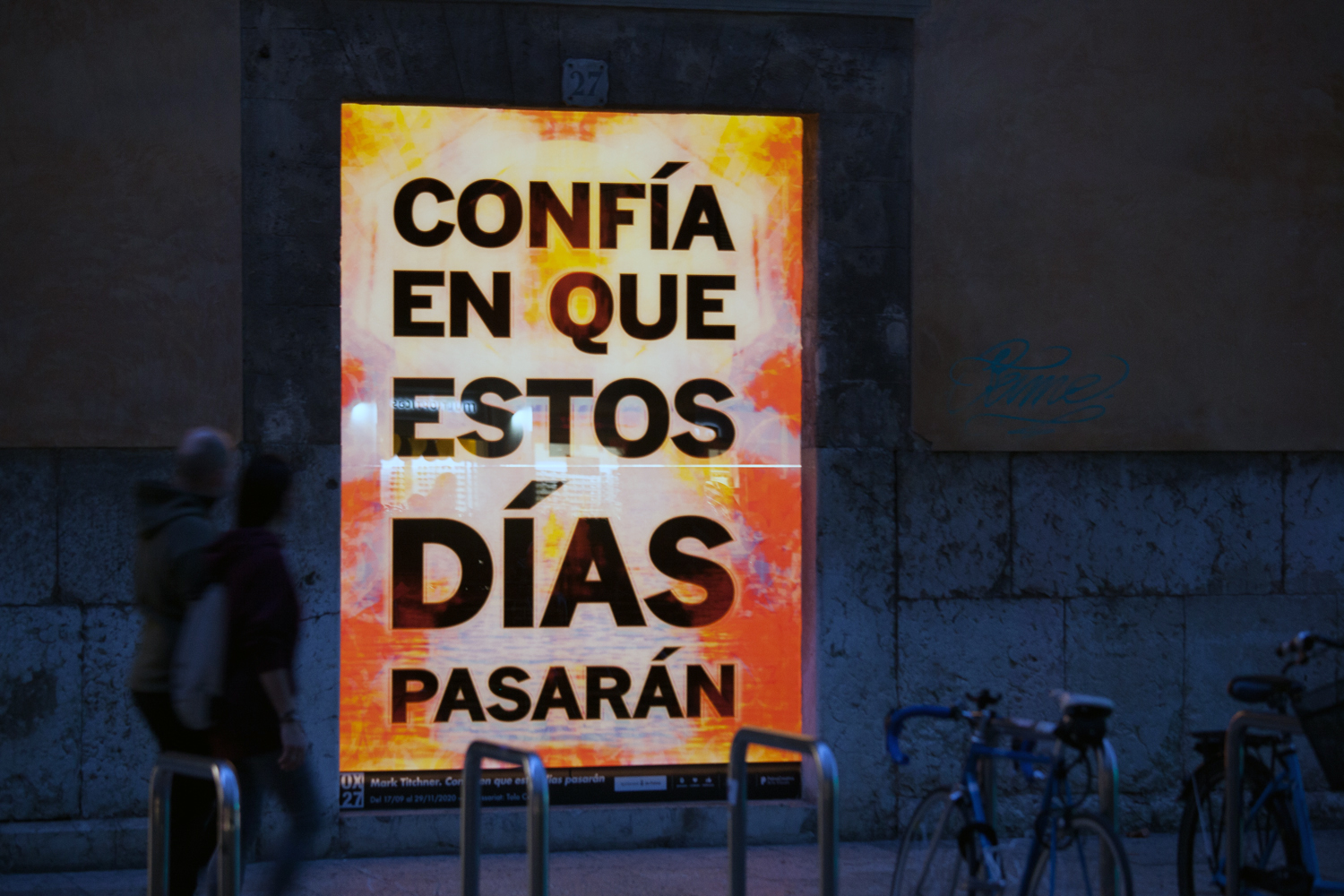 "It’s now nearly the end of this terrible year and I’m thinking about this artwork again. This time to return it to the screen and to animate it. Often when I’m beginning a piece I’m thinking in quite an abstract way about the emotions or sensations that I would like it to convey. With the 2020 poster I remember thinking that I wanted it to feel transportive, to take one far away from the here and now. Something like the feeling of the hot sun on your neck or warm water on your toes in a far away place. This is the feeling that I want to return to with this new video. An ever shifting and mirage like presence, constantly dissolving and reforming as words appear and fade. A presence that is both demonstrative and reassuring. Something that is rapturous and bright in contrast to these darkest of days we all hope will pass very soon." 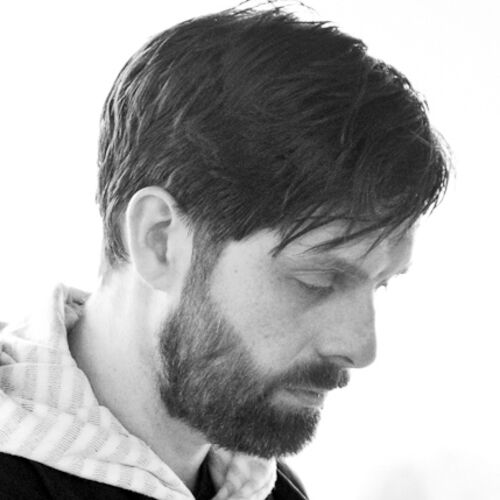