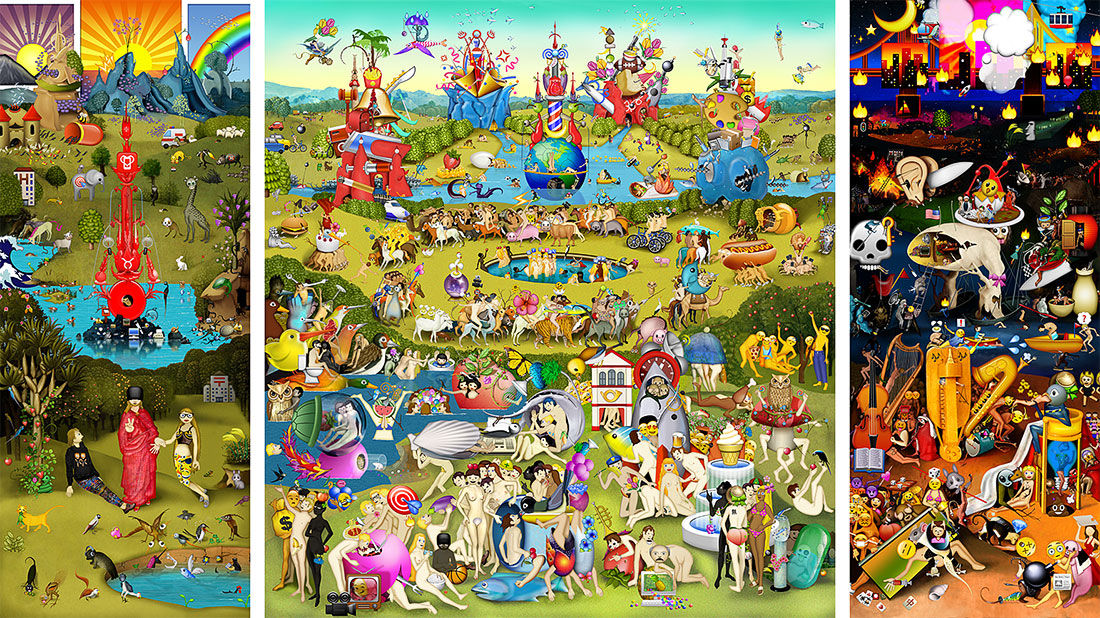 The Garden of Emoji Delights by Carla Gannis

Carla Gannis’ 2014 work The Garden of Emoji Delights is on display as part of a group exhibition, Monsters and the Machine, in Gijón, Spain. The exhibition, curated by Marc Garrett of Furtherfield Gallery, looks at Mary Shelley’s Frankenstein in relation to contemporary issues and media.

Gannis’s contribution to the exhibition is in the form of a digital c-print and video. The Garden of Emoji Delights is a long term project by the artist which has been manifested in many ways, including as a series of digital editions on Sedition. The project is a contemporary response to Hieronymus Bosch’s 500 year old work The Garden of Earthly Delights. Gannis remixes classical imagery with emojis to produce mash-ups which act as comments on the human condition. At times absurd, humorous, parodic and critical, The Garden of Emoji Delights looks at how aesthetics, artistic media and communication methods have changed - and stayed the same - over the centuries.

A series of digital editions by Gannis from the Garden of Emoji Delights project are available on Sedition. View the newly released La Emoji Lujuria collection.