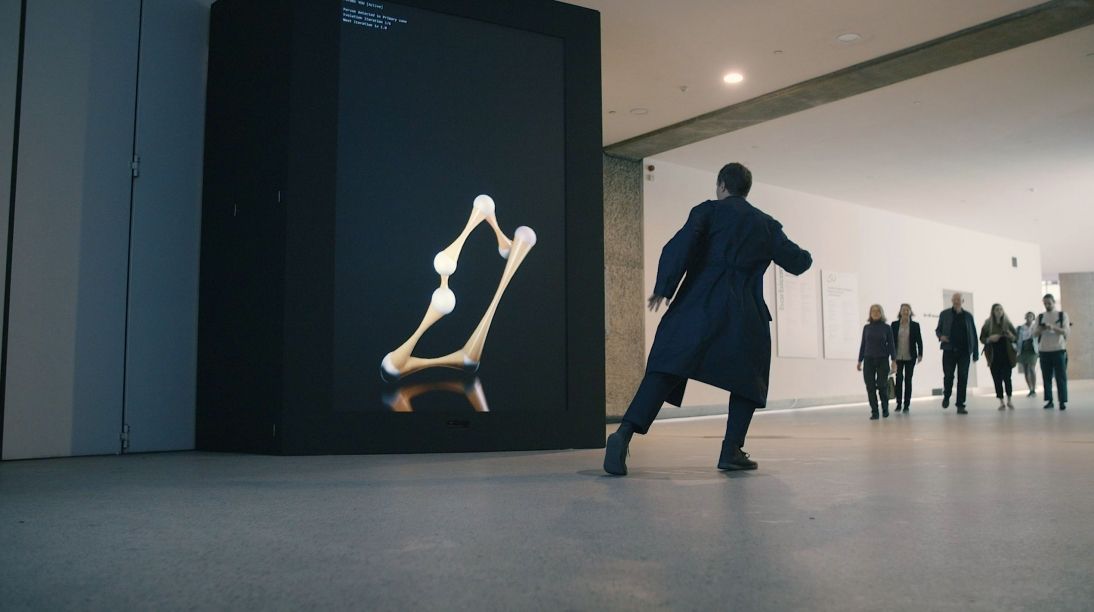 A new group exhibition at London’s Barbican combines work by artists, scientists and researchers to examine artificial intelligence; what it is, how it has so far evolved, and what forms it is likely to take in future.

Running until 26 August, AI: More than Human is part of Life Rewired, the Barbican’s 2019 programme focused on the changing relationship between humans and technology. Research projects and artworks have been selected to demonstrate some of the key questions currently being investigated in relation to AI and how these are being tackled. The exhibition features research projects from DeepMind, Massachusetts Institute of Technology Computer Science Artificial Intelligence Laboratory(MIT CSAIL), Google Arts and Culture, LichtmanLab at Harvard, Eyewire, IBM and Sony Computer Science Laboratories among others.

This work by research collectives and organisations is accompanied by artworks and art research projects from, among others, 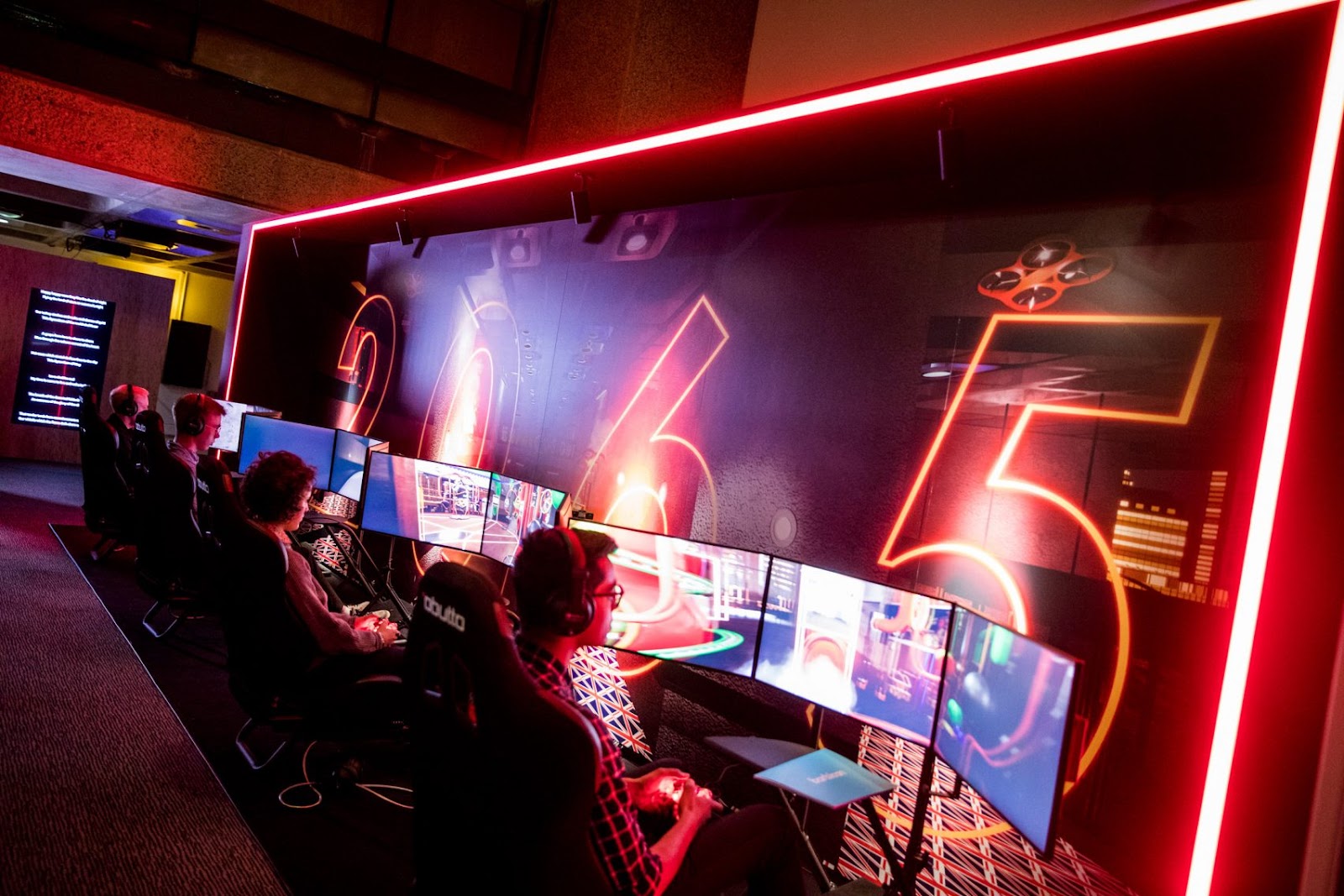 The exhibition features two newly commissioned installations by Lawrence Lek and TeamLab. Lek presents 2065, an open-world video game which blends Barbican architecture with Virtual Reality to present a speculative future in which boundaries of art, gaming and daily life are fused, while TeamLab present What a Loving and Beautiful World, an interactive digital installation in which Chinese characters, when activated by gallery visitors, unfold virtual worlds. 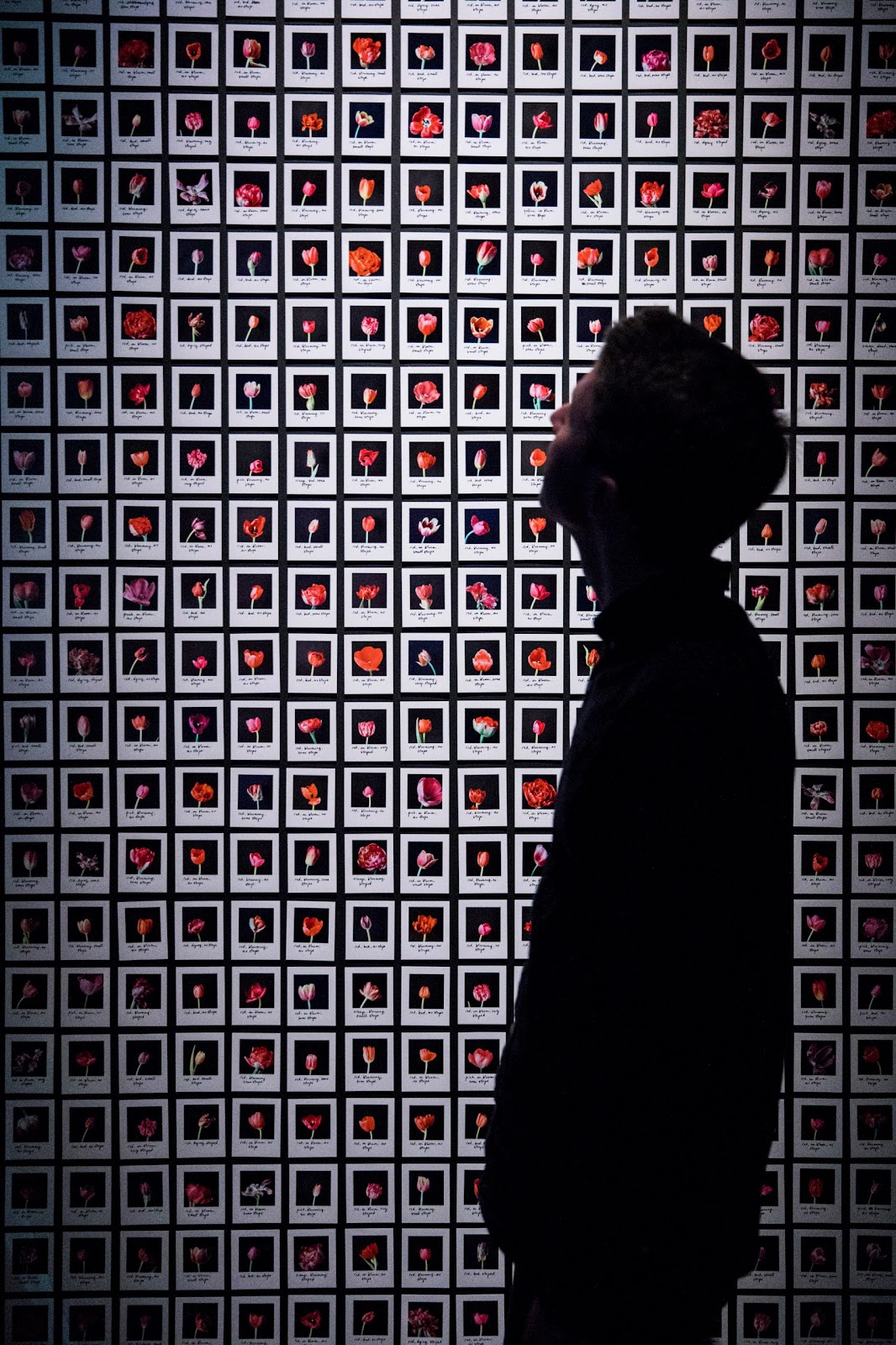 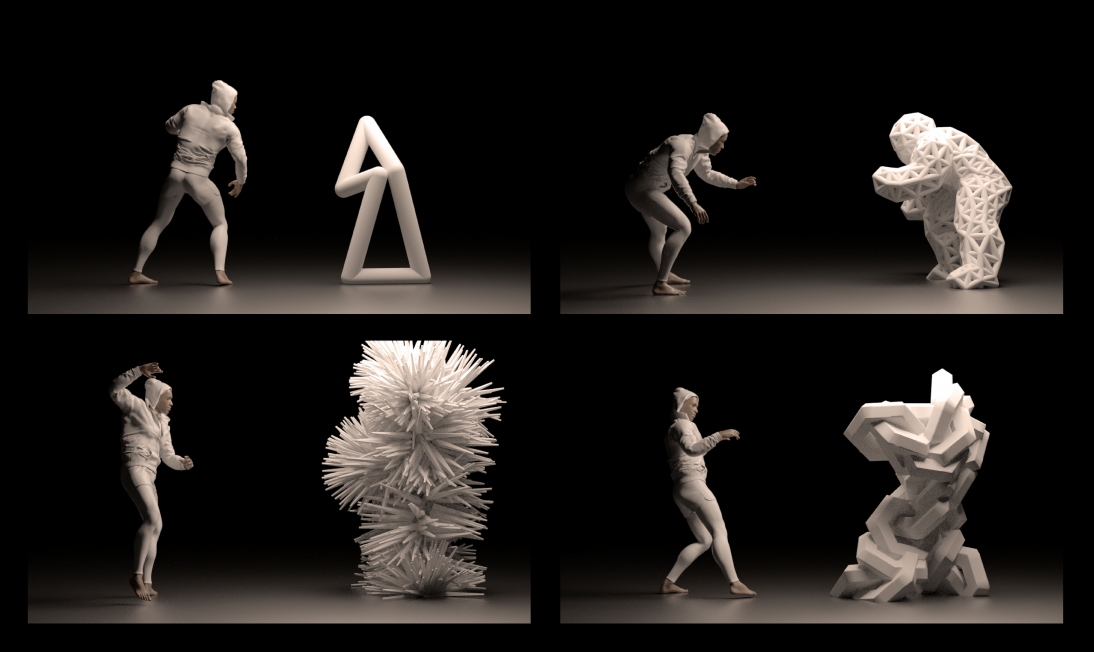 Universal Everything: Future You

In the main Silk Street entrance hall of the Barbican, Universal Everything present a new installation titled Future You. Digital avatars mimic the actions of visitors, enabling visitors to interact with an AI version of themselves; the AI characters evolve during the course of the exhibition, acquiring increasingly sophisticated abilities as time goes on. In the Mind Machines section of the exhibition Anna Ridler uses large datasets to make Myriad (Tulips), which refers to the famous Dutch Tulipmania of the 17th Century to explore the politics, dynamics and financial aspects of large scale data processing. 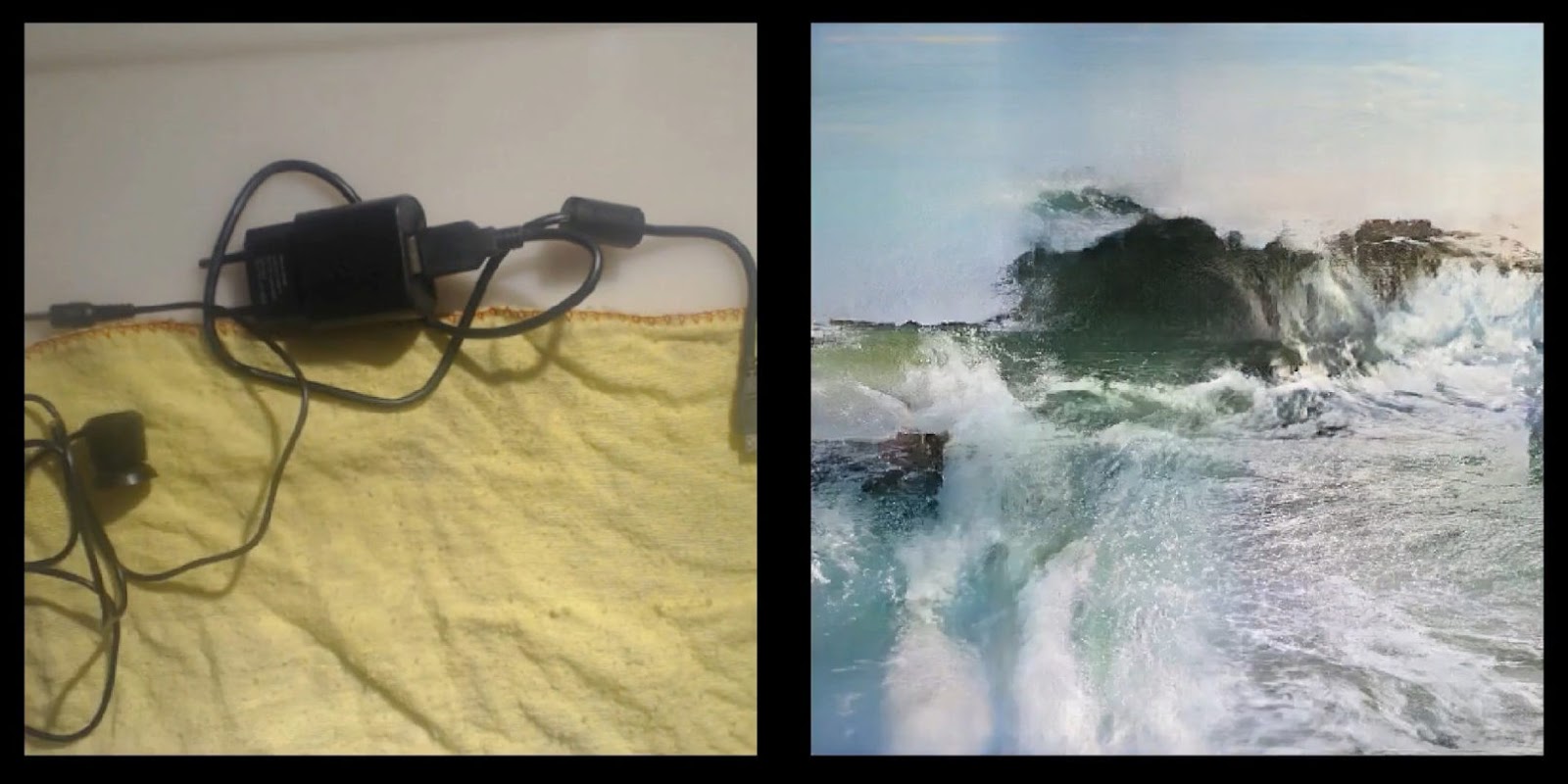 Meanwhile in the Curve Space, as part of the Data Worlds section of the exhibition, Memo Akten has worked with Nexus Studios to produce Learning to See, an interactive installation which works with neural networks to address the question of how machines see. A neural network, trained on specific data sets (ocean and waves, clouds and sky, fire, flowers and images from the Hubble Space telescope), uses this stored knowledge to interpret everyday objects placed in front of it by visitors. The neural network demonstrates its capacity to learn, and also its limitations - it can only learn following the parameters of what it already knows. The images produced by the AI have a painterly quality, adding a dimension to the work which questions the relationship between art and everyday life. 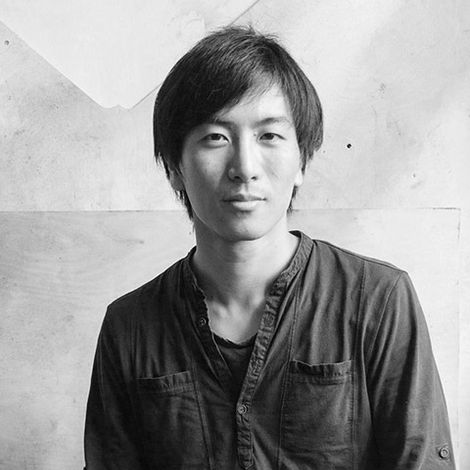 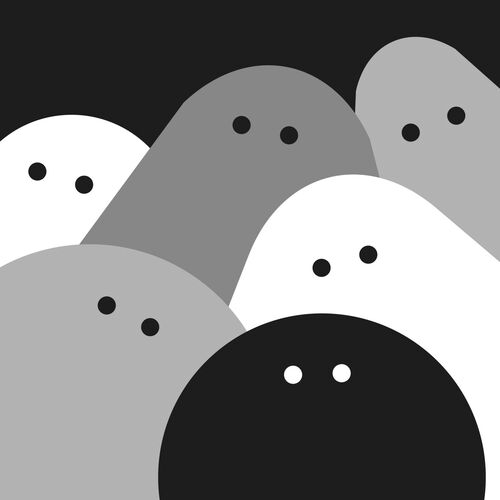 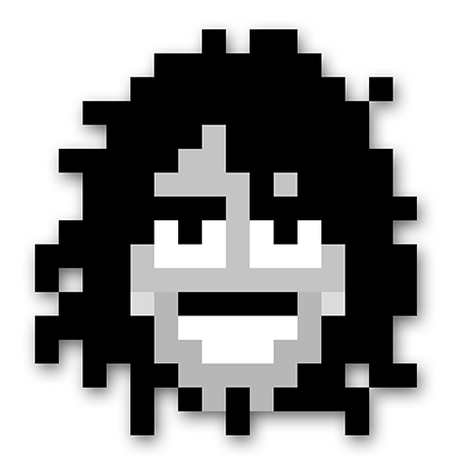