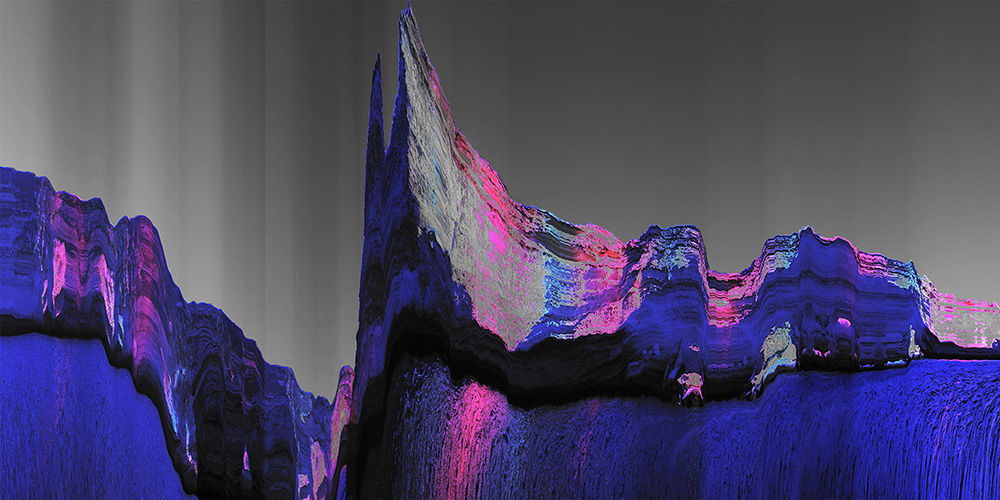 From 26 October to 9 November Ali Phi presented ENFOLD, a series of digital paintings, as part of an online e-auction organised by Ontario Science Centre. The funds were raised to support the Science Centre and its programme of inclusive science-based educational events and activities. The fundraiser was part of the RBC Innovators’ Ball, which this year is held online.

In the ENFOLD series, Ali Phi simultaneously represents and documents brainwaves, using brainwave data to develop exploratory generative digital paintings which attempt to visualise thought. The project explores temporarily of thought and of image-making by ‘freezing’ pixels of digital video files and using five channels of data from an EEG brain scanner to alter the RGB parameters of the pixels. Brainwave data alters the colours in the paintings in real-time; as well as attempting to visualise human thought, ENFOLD also brings algorithmic processes to the fore. In ENFOLD, human and computational thought processes exist, and can be seen, together.

“A billion elements of visual data, details, and colors at a high framerate and resolution are processed through the eyes and it forms our perception of reality and physical life. These processes happen in different layers by our 120-degree peripheral vision and this processed light would be engraved on the mind as memories.

This project tries to interfere time-based cycle and freeze this process, juxtapose passed frames and current frames of visual content coming through the lens of the camera to create a new solid visualization of that passed reality captured in motion pictures. “ - Ali Phi

The Archive To Come