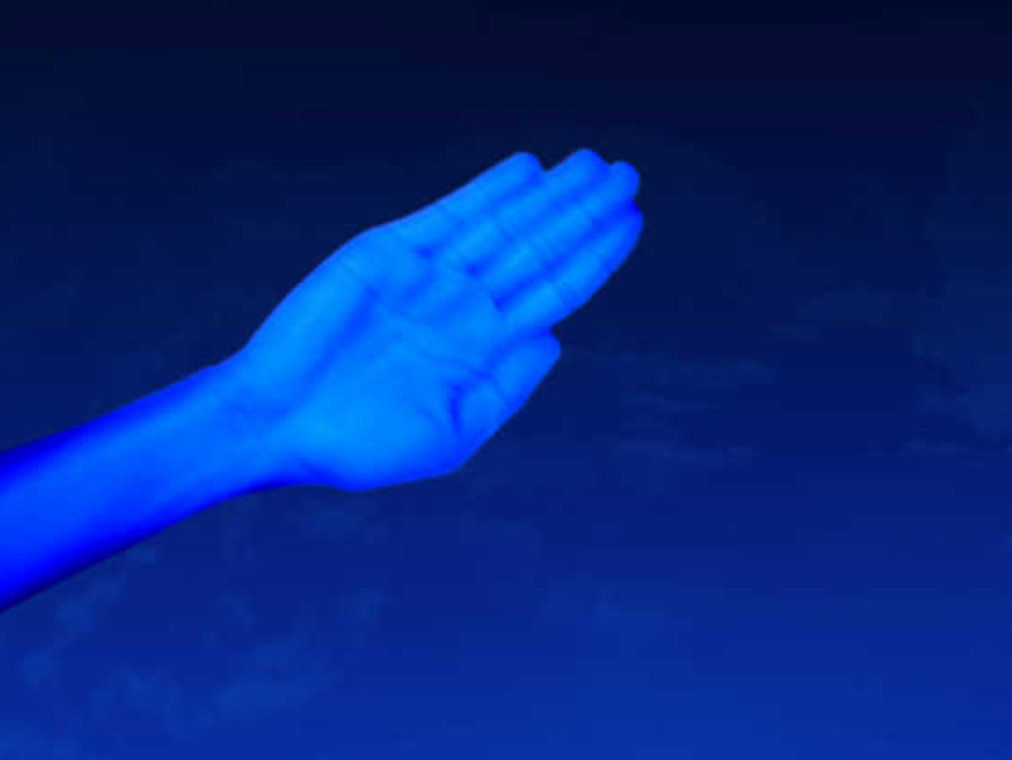 Blue Is The New Black features a series of mixed media installations which examine power and surveillance:the works blur the lines between surveillance and viewership, knowledge and ignorance, power and powerlessness, brutality and vulnerability.

The entrance to the exhibition is marked and defined by blue tape stretched across the entry one metre from the floor; visitors must step over to see the rest of the work on display. The tape is the first in a set of works which interact with the visitor and thus trouble the distinction between passive viewer and active agent. Each of the works on display is an example of Kwan’s ability to distil complex social commentary into concise images and arrangements.

Further into the space the visitor encounters Above U, an installation made in 2017 in which fluorescent lights hover above head height. The lights guide the visitor towards, and into, the installation; on reaching the middle of the space they discover a screen on which their movements have been captured for display as part of the work.

A double channel film work, with the same name as the exhibition title, features on one screen a disembodied blue hand which carries out an endless salute in front of a computer-generated sky. The hand moves with uncanny repetition. On the second screen, three heads of statues of David are destroyed in a cacophony of hammering and violent gestures. The interplay between the calm hand on one screen and the forceful destruction of tradition on the other constructs the message that violence and destruction today take place under the guise of robotic calm.