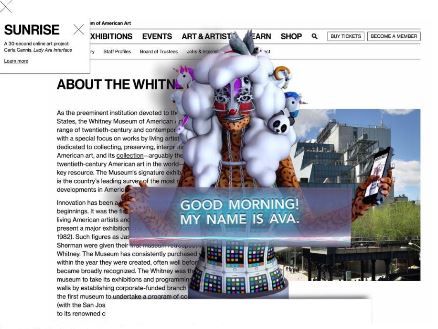 An avatar of Ada Lovelace by

Carla Gannis is part of an online art projects shown on the Whitney Museum’s website.

Lady Ava Interface launches on 10 April and brings a representation of Lady Ava Lovelace, the first computer programmer, to whitney.org. Digitally composed from a collection of symbols of internet culture, Lady Ava Interface is a pick-and-mix of emojis, clouds and cookies. She is an android whose role appears to be giving practical information to site visitors; however, rather than giving details which increase the efficiency of the museum visitor process, she instead gives a range of quirky calls-to-action. As such her agency changes: she is marked out as more than purely functional and appears in browser windows at sunrise and sunset.

Lady Ava Interface brings into focus the role and agency of droids like Siri and Cortana, whose pleasant female voices and glossy interfaces compel the smartphone user to leave all their questions and concerns to the device in their hand. The extreme usefulness of these apps encourages the smartphone user to rely on them for problem solving, obscuring the work that went into their device.

Sunrise/Sunset brings a selection of Internet art projects to the Whitney’s website at sunrise and sunset (Eastern Standard Time, New York) each day. The works last between ten and thirty seconds and appear to visitors anywhere on the website at sunrise and sunset. The series has been organised by the Whitney’s adjunct digital art curator Christiane Paul. 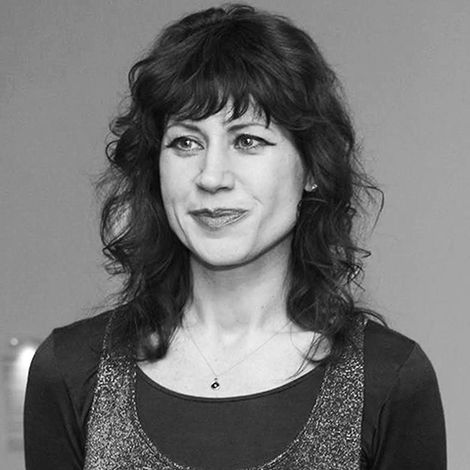