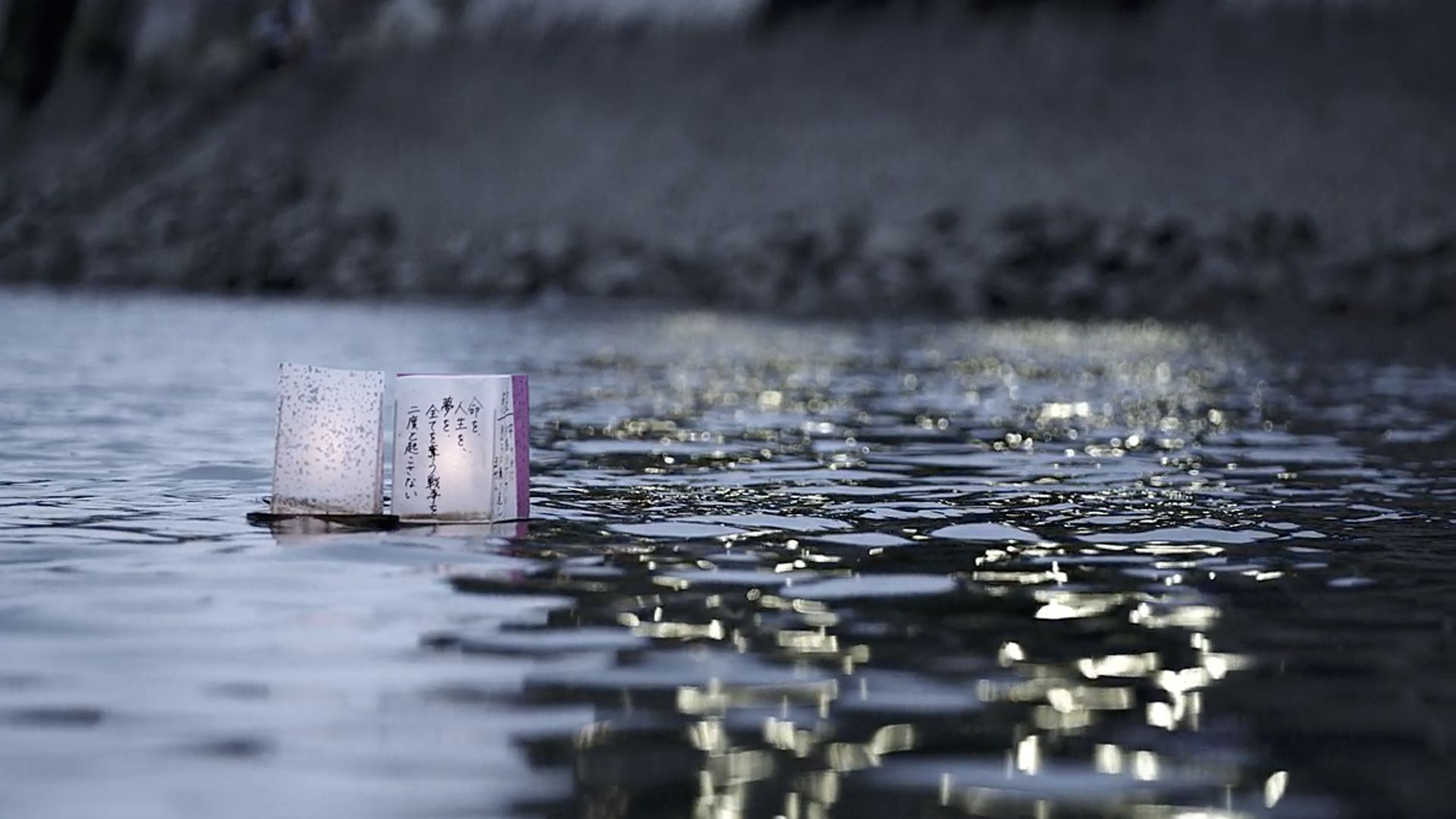 Sedition artist Philip Clemo shares his pandemic diary, documenting some of the highlights from his inspirational project From Silence Into Song. The project brings together stories of the survivor trees of Hiroshima and Nagasaki with a choir of cancer survivors who have learnt to sing after the removal of their voice boxes.

The production team is truly international, based in the UK, Netherlands, France and Japan. Covid-19 has dramatically altered the short-term outcomes of their project but there is strong resilience and the team has kept moving forward against the odds. Ultimately From Silence Into Song will be experienced as live performance and multi-media gallery installations in collaboration with the Shout at Cancer choir.

“We had planned to be in Hiroshima and Nagasaki for the 75th anniversary of the atomic bombs but Covid-19 had other plans. Japan had shut its borders to almost everyone. We could not miss these significant anniversaries though so I teamed up with a Japanese/British crew who were based in Tokyo. I directed them remotely from my studio in the UK with support from a UK-based colleague Colin Gray. 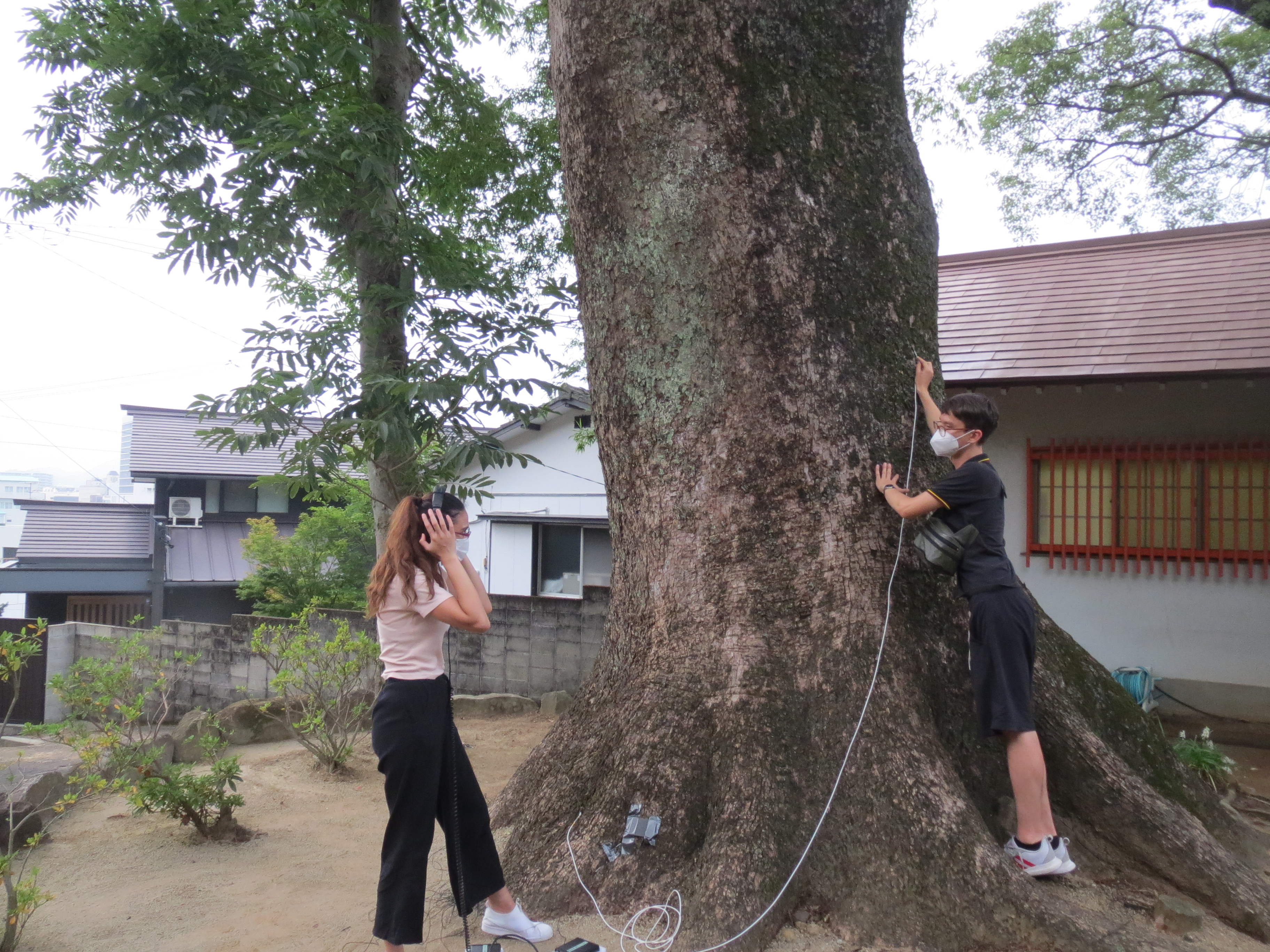 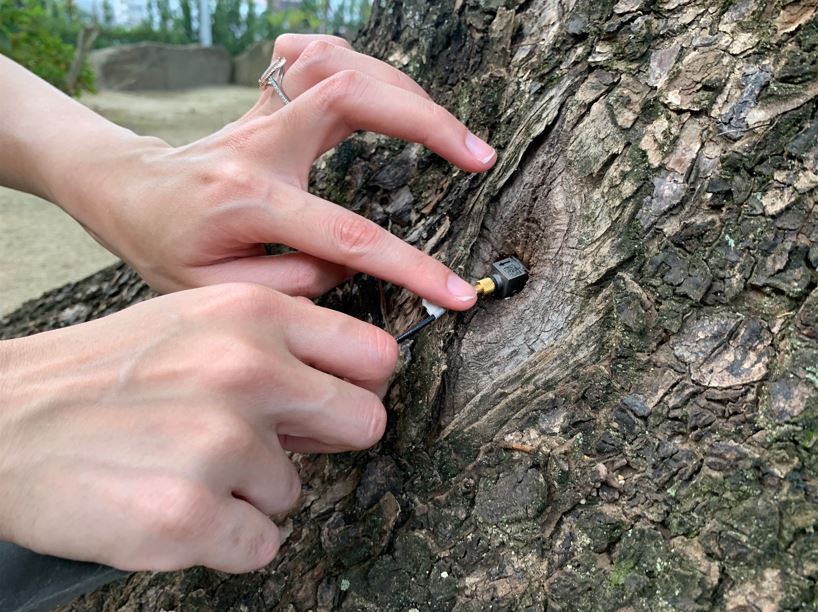 It was rather nerve-racking watching from afar while they set up cameras and highly sensitive audio gear on trees that had miraculously survived the atomic bombs of 1945. These trees have been silent but still living witnesses to the almost total destruction of the cities they lived in. US scientists had predicted that nothing would grow for 75 years after the bombs but the very next spring there were new green shoots.

Ryushi Lindsay and Shane Shimamoto were in Hiroshima at 8.15 am on the 6th August and in Nagasaki at 11.02 on 9th August, the exact times the bombs were detonated 75 years earlier. They hooked up highly sensitive Bruel & Kjaer accelerometers and hydrophones to a surviving Eucalyptus tree in Hiroshima and to a Camphor tree in Nagasaki. It didn’t all go to plan though with our Red Helium 8K camera going down 5 minutes before shoot time and the audio recorder overheating in the blistering Nagasaki heat, but Ryushi stayed calm and got everything back up and running. Here is a clip from our UK mission control (also available at the end of this article). I have been working my way through the sound recordings from these extraordinary trees - what truly amazes me is that in the 30 minute files from Hiroshima there is a huge increase in sound intensity at around the time of the bombs 75 years earlier - a cellular memory, perhaps?

You can hear some of what the trees had to say at that historic time here (also available at the end of this article). " 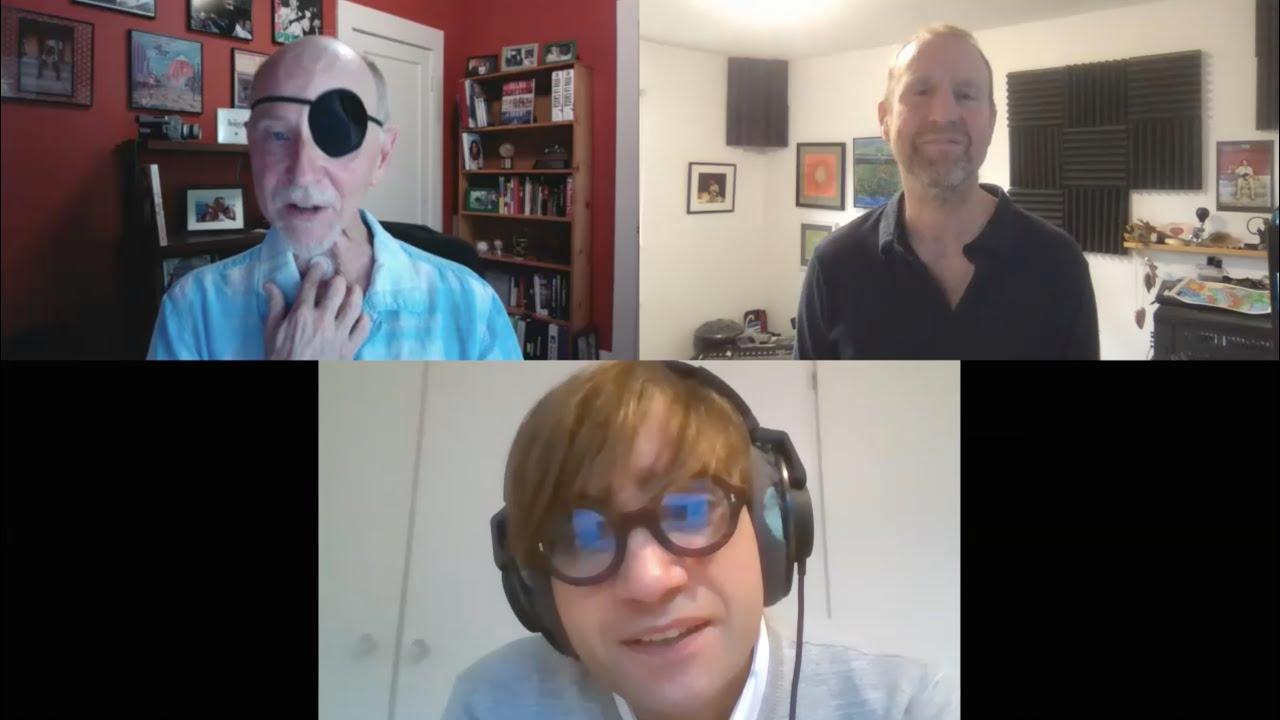 "Director Bill Brummel caught up with us to explore the making of our project and learn more about how we had managed to mark the Hiroshima and Nagasaki anniversaries (interview also available at the end of this article). It was a great opportunity to reconnect with Bill who had made a wonderful documentary about the work of Thomas and the Shout at Cancer choir… Can You Hear My Voice. We discussed what we were trying to achieve with the project and how we were going about it." 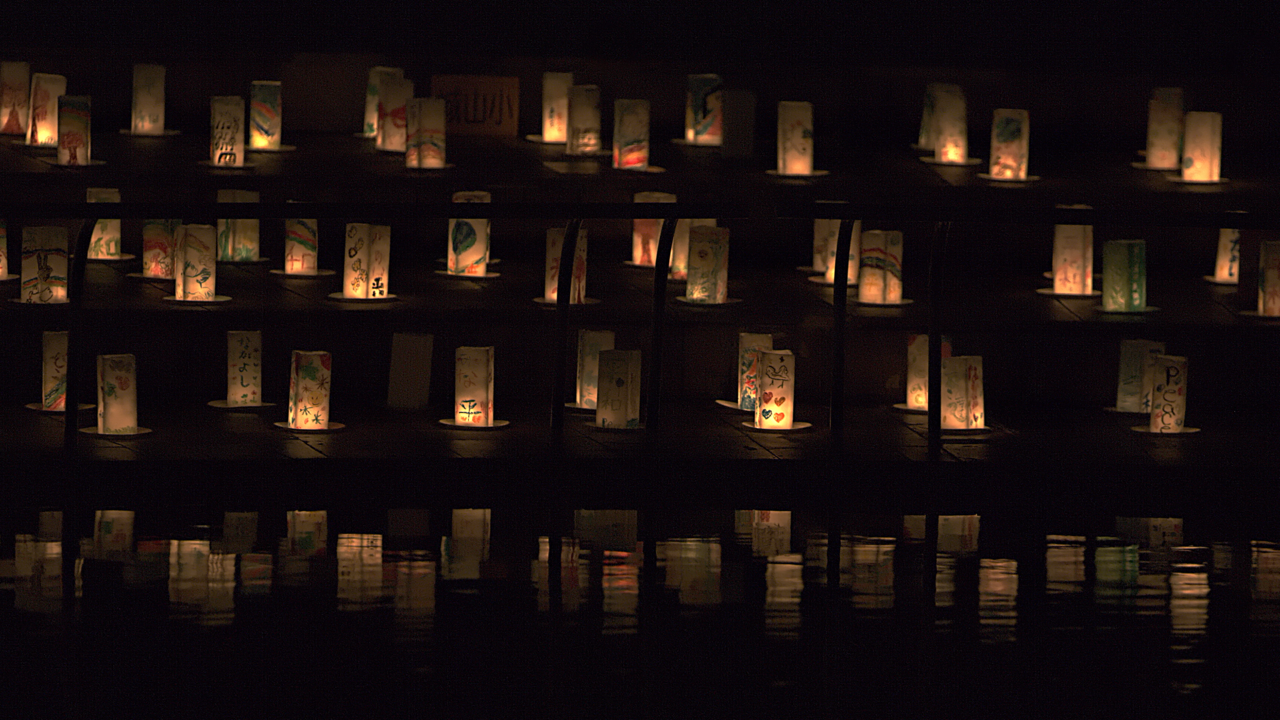 "In December, 2020 we launched Separated by Shadows on Sedition Art. It is an exclusive and limited edition collection of works from the project, where I worked with imagery shot by Ryushi Lindsay during the commemorative events that marked the 75th anniversary of the bombings and I developed soundscapes from diverse sound fragments including B29 bombers, Morse code and Japanese songs about the bombings.

Proceeds from the sale of this series support From Silence Into Song. You can purchase exclusive artworks from the series here." 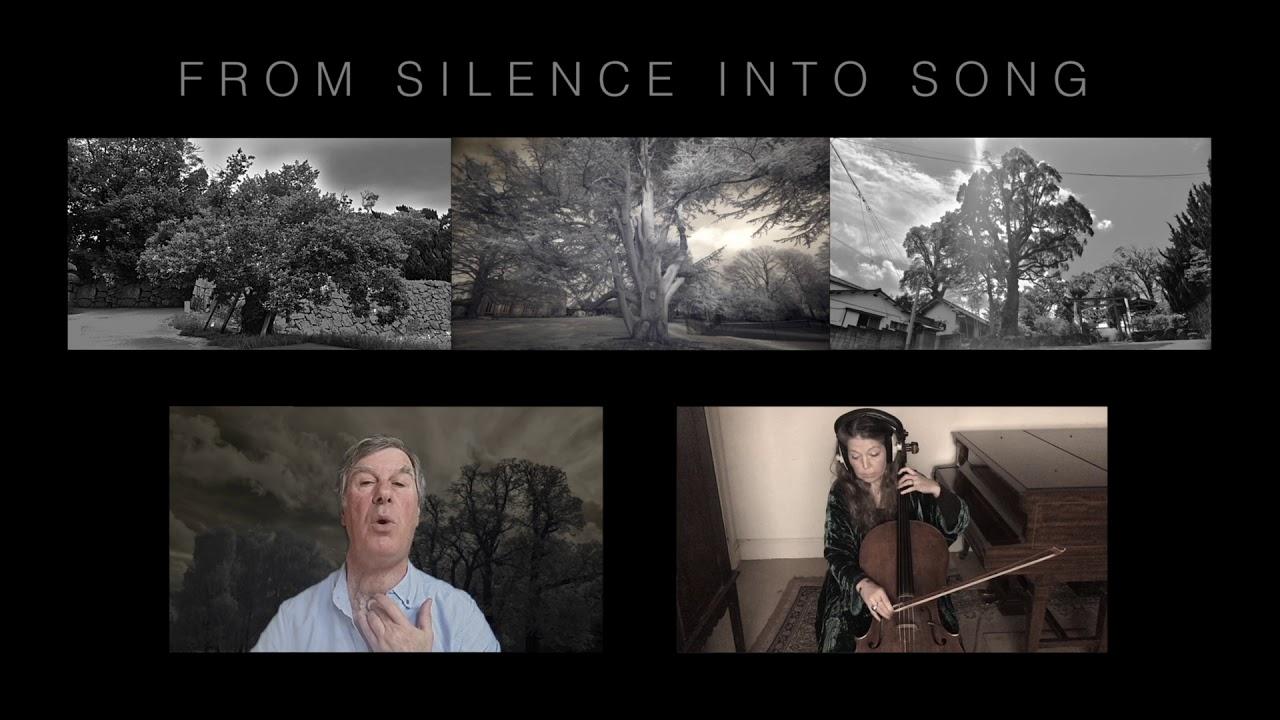 "To mark World Cancer Day 2021, members of the Shout at Cancer choir took part in a Facebook Live event (scroll to end of article to view the video). They performed with sounds recorded from the Japanese survivor trees and a soundscape I had developed from sounds related to the bombings, as well as an impressive cello improvisation from Emily Burridge.

The Shout at Cancer choir is a platform for individuals who have survived throat cancer through the use of radiotherapy. Each member has learnt to sing after the surgical removal of their voice box. The director of the choir is Dr Thomas Moors. Dr Moors wants to help give a voice back to every person who has had it taken away by cancer. He works with people, who have had laryngectomies as part of their treatment, helping them to strengthen and improve the quality of their voice and regain confidence in speaking. In a bold move he formed the choir, bringing together cancer survivors from around the UK and giving them a transformational platform. The Shout at Cancer choir performs around the world. During the pandemic the choir could not perform in the flesh but we wanted to make sure that the world could still hear their voices. Facebook Live was our answer."

What will audiences ultimately experience? 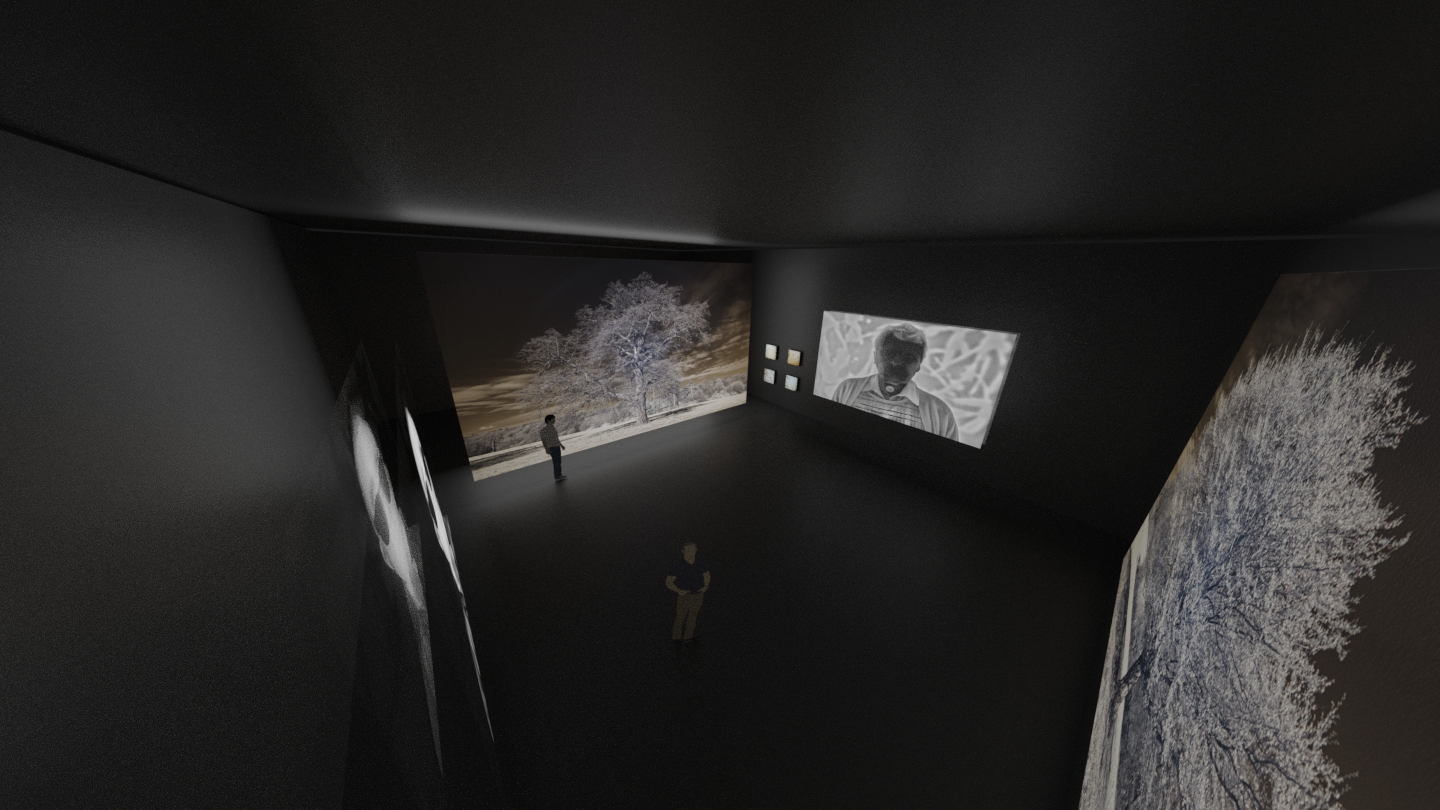 Mockup for From Silence Into Song gallery installation

"Ultimately the project will manifest in live performance, where the Shout at Cancer choir will perform new compositions with large-scale imagery of the survivor trees and soundscapes derived from the tree sensor recordings. Audiences will also be able to experience the project in a gallery context where they will enter a space with large-scale projections of the trees and an immersive tree soundscape along with vocal interactions from choir members who will be represented on screens.

The mockup above has been prepared by audio-visual design company ArtAV.." 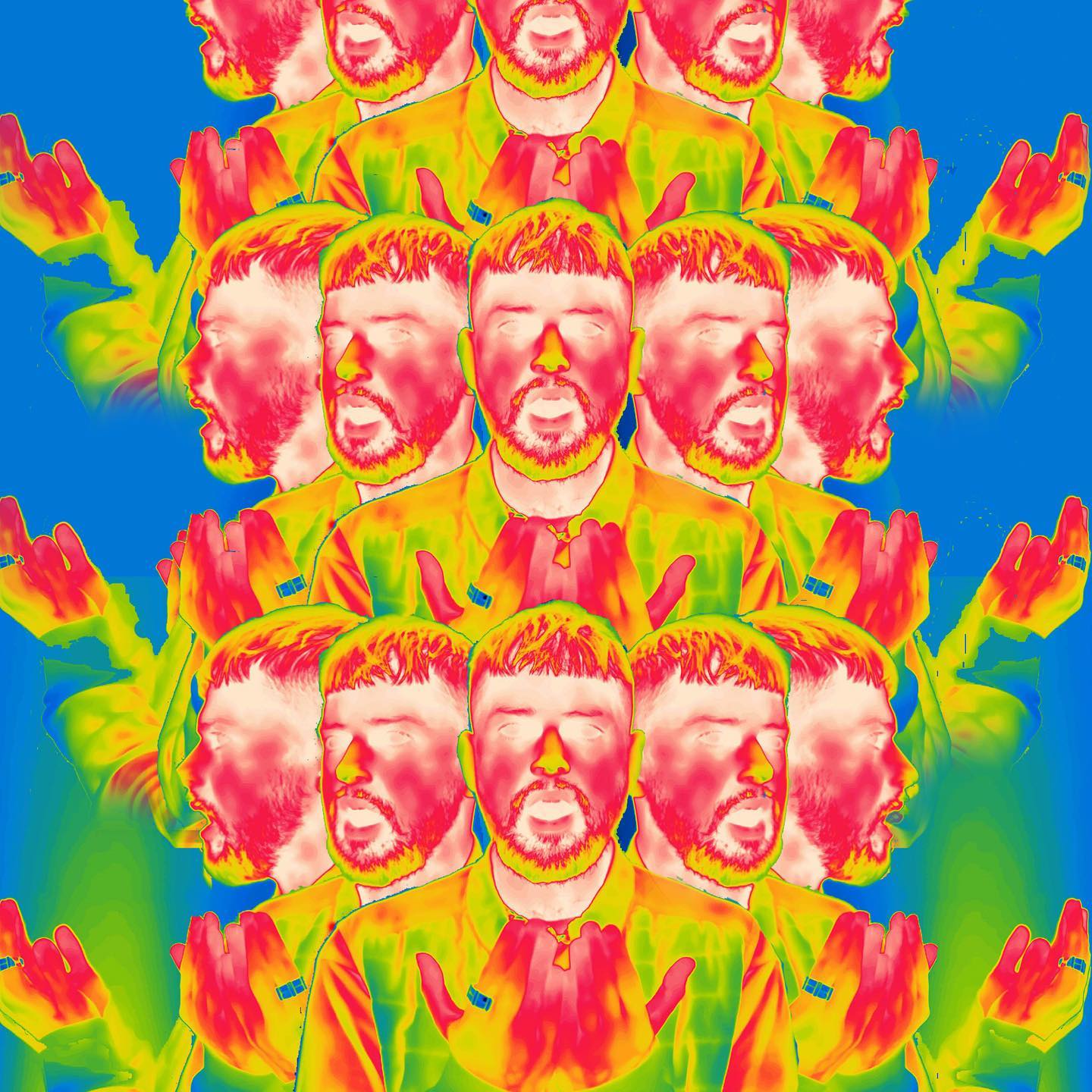 "We are continuing to prepare our project, including doing test shoots on infrared and thermal imaging cameras and cataloguing the tree sensor recordings from Hiroshima and Nagasaki. We are very excited to be collaborating with experimental vocalist Harry Yeff (Reeps One) in the integration of these recordings into new compositions with the choir.

We will once again be marking the anniversaries of the atomic bombs in early August this year and we will be looking east in preparation for visiting Japan when it begins to re-open its borders after the shockwaves dissipate following the Olympics. We’ll then complete the tree imagery for the project.

I am very much looking forward to this next stage of this fascinating project and to sharing it with wider audiences in 2022.”

You can learn more about the project here and support it through the JustGiving page.

'From Silence Into Song' marking World Cancer Day from Philip Clemo on Vimeo.

Universal Everything: The Transfiguration (2020) Auction