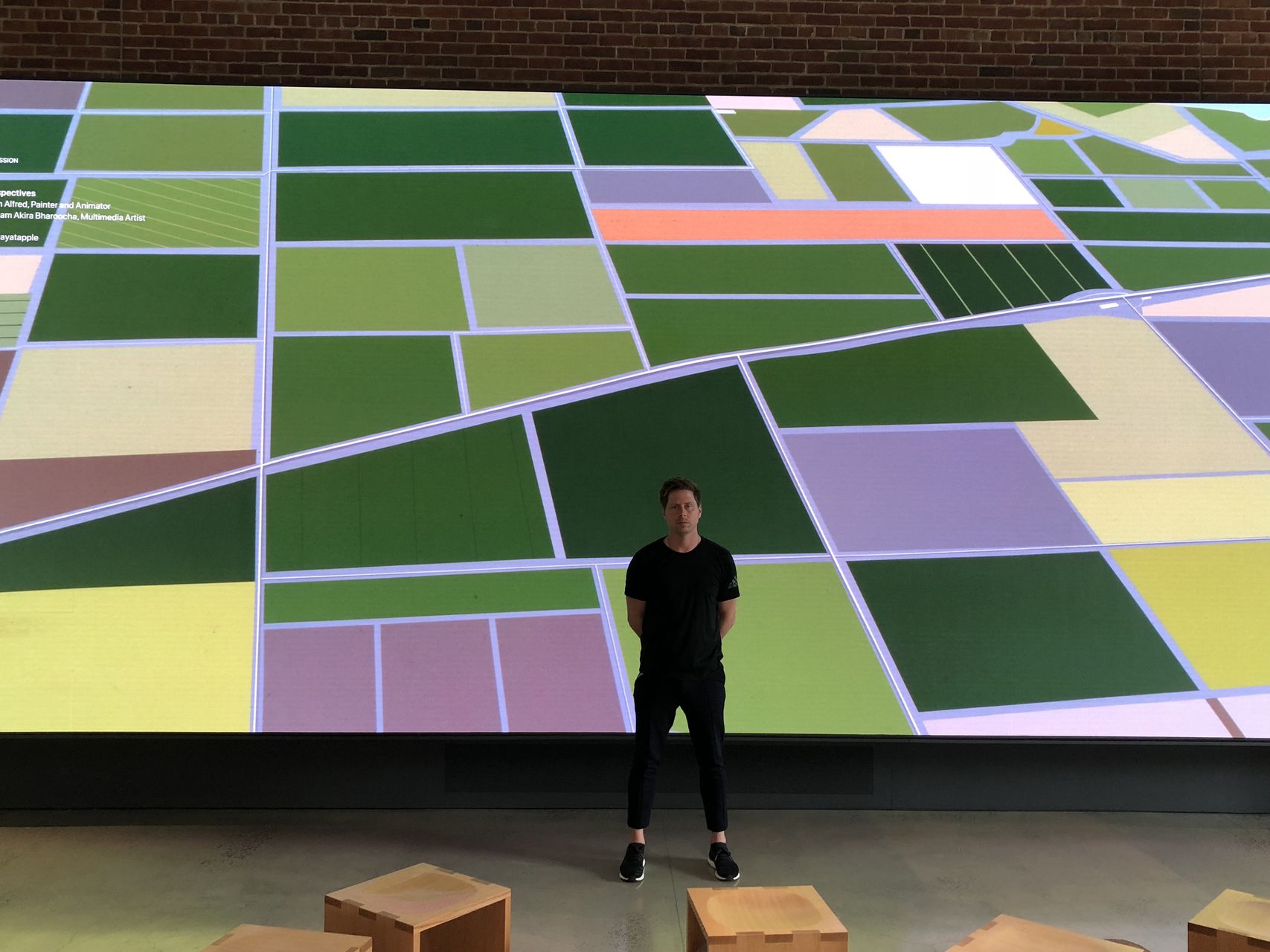 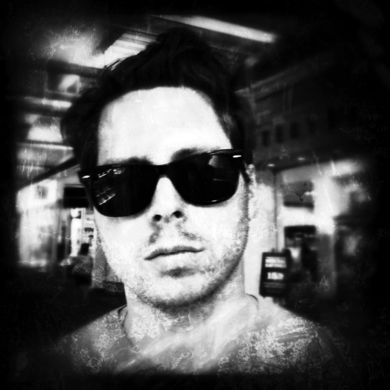 Brian Alfred has exhibited extensively internationally in galleries including Miles McEnery, Haunch of Venison, Mary Boone Gallery, Max Protetch Gallery, SCAI The Bathhouse, and the Phoenix Art Museum, and in museums including the Solomon R. Guggenheim Museum, the Den Frie Udstillingsbygning in Copenhagen, the Palazzo delle Papesse in Sienna, Italy, the Shizuoka Prefecture Museum of Art in Shizuoka, Japan, the Contemporary Art Center Museum in Cincinnati, Ohio and Kunstmuseum Wolfsburg, Germany. His work is part of in numerous collections including the Whitney Museum of American Arts, New York; the Guggenheim Museum, New York; the National Gallery of Victoria, Australia; and the San Francisco Museum of Modern Art, California. He is Assistant Professor of Art and Arts/Design Entrepreneurship Teaching Fellow at Penn State University, and is the host of a podcast called Sound & Vision.

Alfred is well known as an early pioneer of art in the digital domain. His practice combines painting, animation and collage and moves lightly between digital and physical realms - an agility which enables Alfred to examine, through his compositions, the way technology influences people’s perceptions and beliefs, the influence of media evolution on art and social interactions, and the ways art, design, media, music and advertising cross over. 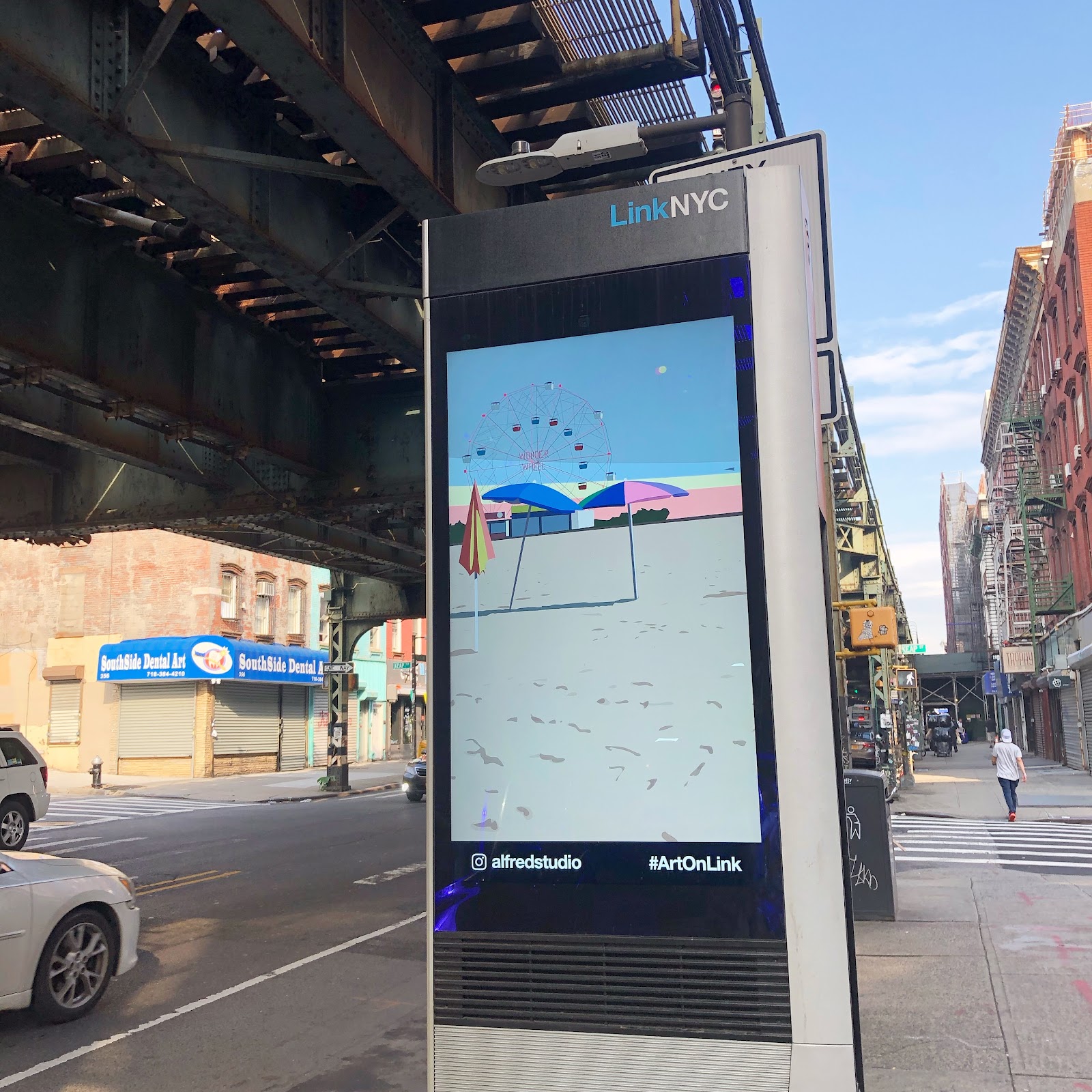 We spoke to Alfred recently as part of our Digital Practice series of artist interviews. The series gives insight into varied artistic approaches to the cultural influence of digital technology, through the words of the artists themselves.

The interview also coincides with the launch of a new animation piece by Alfred. Flat Iron Dusk is available to view and collect on Sedition from 26 February.

Your practice was questioning the influence and agency of digital media on society and culture long before such questions became widespread. Could you tell us about some of your early work with digital media (for instance your work with Ericsson)?

Yes, I started using and exploring digital means of image making in the late 90’s in relation to my paintings and collages. In the beginning it was out of a desire to play with color and composition in the analog work, but then it shifted to an interest in moving images. I did some animations with Noki for their Connect To Art project. These were short animations as art for your phone. Keep in mind, this is in the age predating smart phones. They played on the small screen above the numbers. I also showed animations on monitors in the gallery setting as early as 2002, when it wasn’t quite so easy to pull that off. It involved burning DVDs and not-so-lightweight monitors. 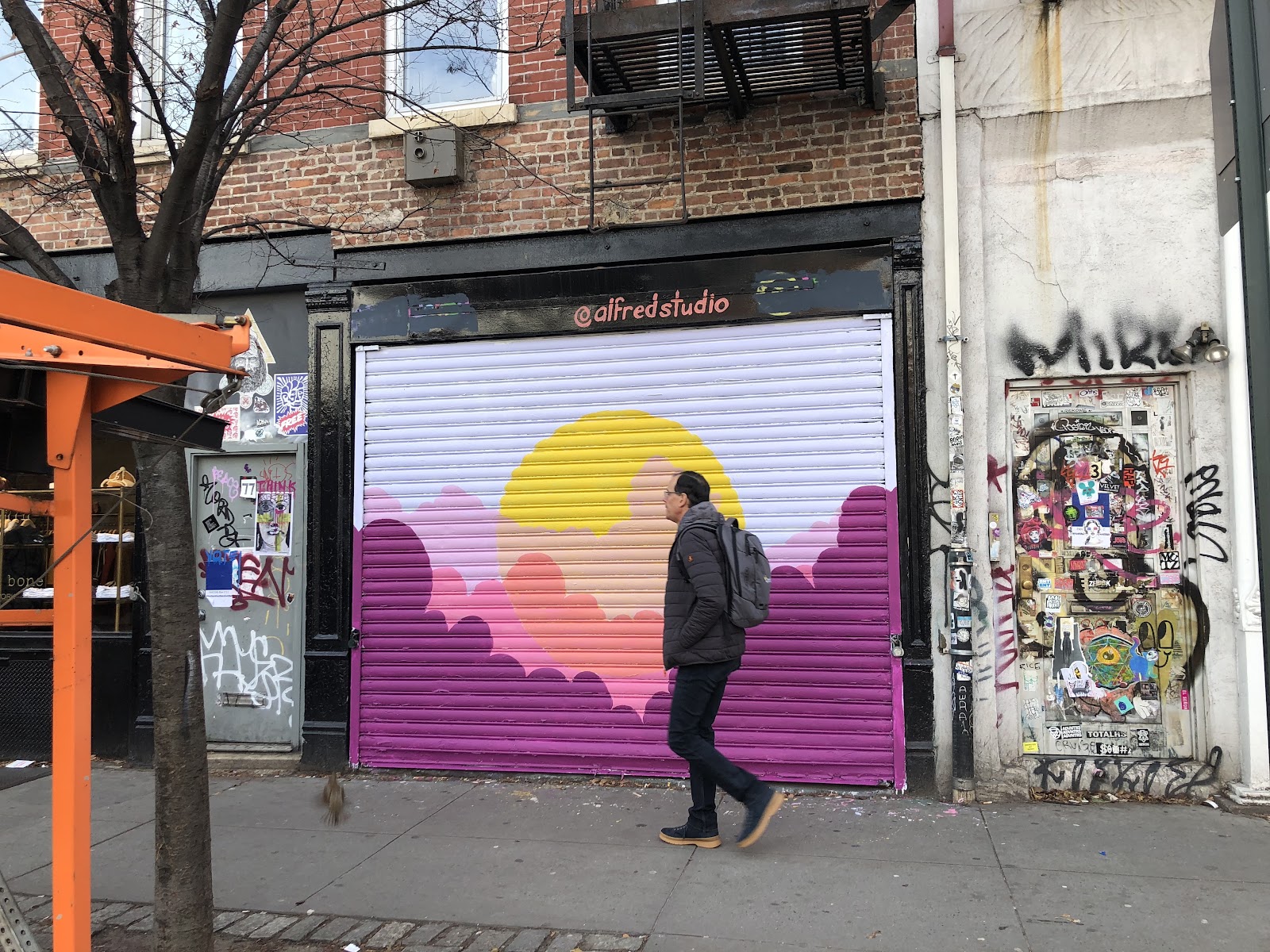 Your practice has extensively explored both physical and digital worlds, often simultaneously. Could you tell us about your experience - the insights and challenges - of navigating these two realms?

I’m very interested in where these two planes converge, how they inform and speak to each other. For me, they feed each other. I rethink 2D works after animating and vice verse. It’s become a symbiotic relationship. I also want the viewer to see these ways of making as one process. There’s much more similarities than differences in the analog and digital creative modes.

An important aspect of your practice is the studied removal of specific details, the careful flattening of detail. What has removal taught you about how images are constructed?

I believe that when you remove details or complications, it can give the viewer a more straight forward understanding of what the object is, what the idea is. It’s not dissimilar to cartoons. An anvil in a road runner cartoon is simple so that there’s no confusing what it is and what it’s going to be used for. I love that straight forward impact. 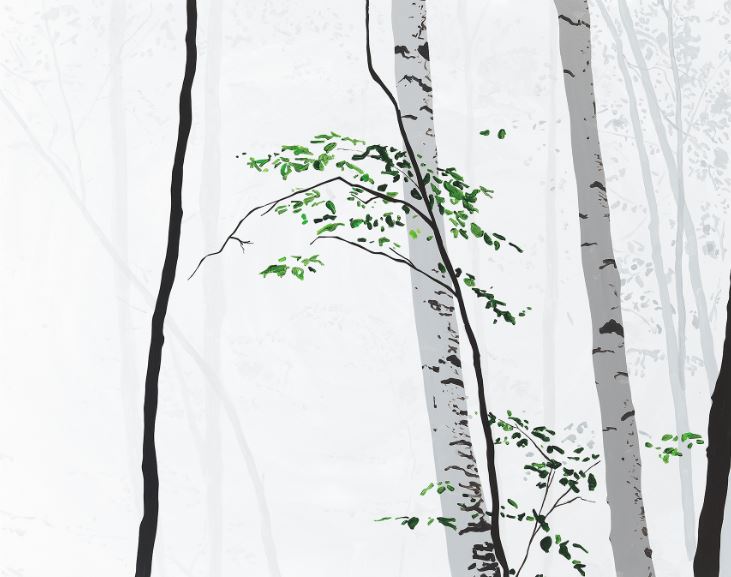 How, for you, does this flattening relate to and interact with the choice to display your work in public contexts such as on billboards or on mobile devices?

I suppose it can assimilate into the language of that kind of image dissemination. This in effect can confuse it with the normal content displayed in that context which can make it an interesting blur between art and message. It’s almost as if the work can camouflage itself into the environment to have a more lasting effect. 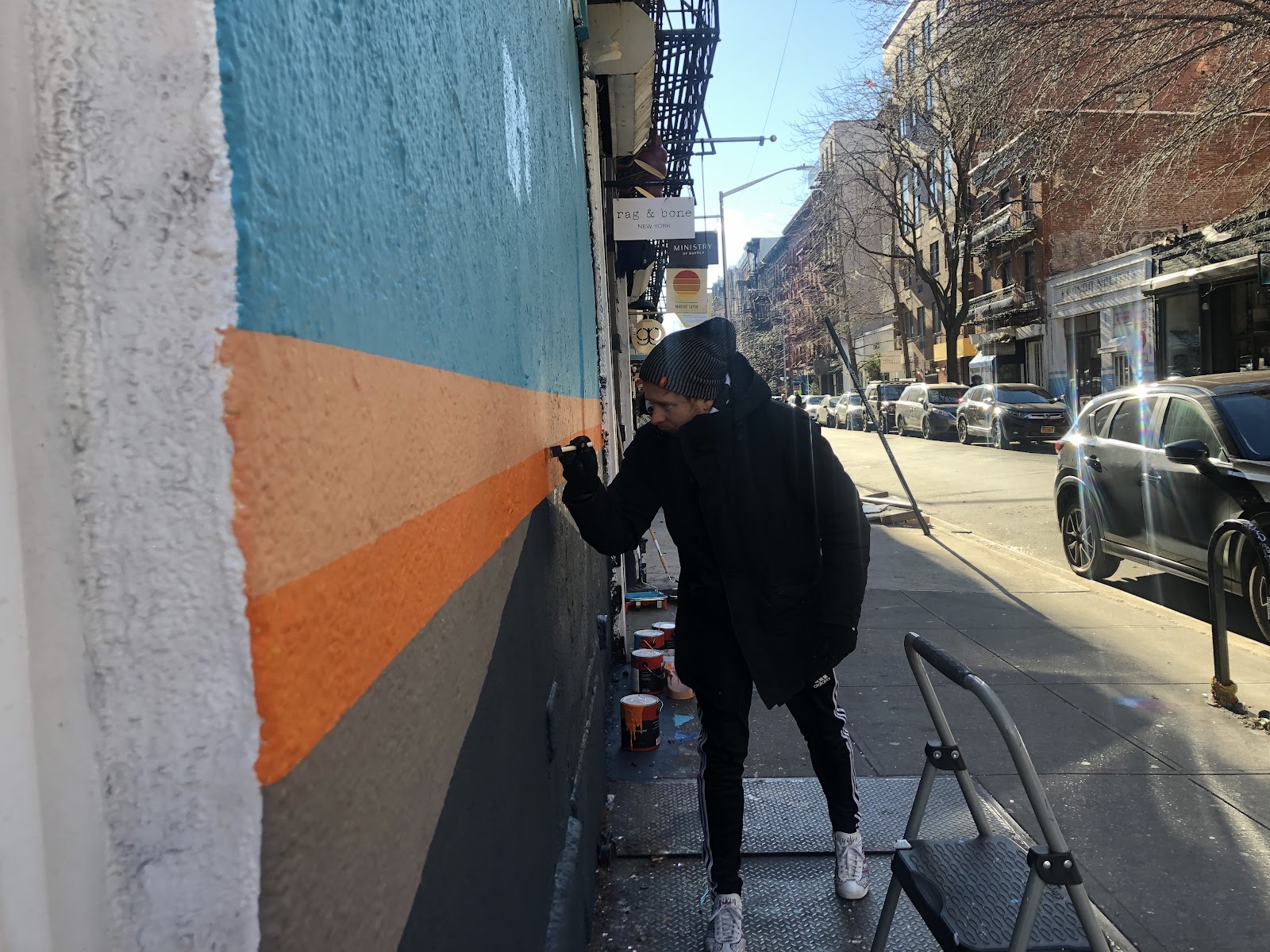 Could you talk a little about the effect you think digital media has had on how we understand space and the politics of space?

Wow, a great question and difficult to cover briefly. I believe that the digital media has so altered the speed and density of how we consume visual images that it’s difficult to even navigate the effect. A couple basic points would be that we often now seek out images less so and that they wash over us in our daily lives. Space in effect, is changed in the sense that we have physical space, slow and deliberate and digital space which is fast, filled with intent (mostly commercial) and more susceptible to a surface read.

At Sedition we explore different ways to make art accessible to new audiences - for instance digital artwork gift cards or downloadable artwork playlists. Have you seen, discussed, tested or imagined any interesting ways of viewing or distributing digital art recently?

I’m working with Unity people on a VR project and that’s a really interesting interface. Definitely not very accessible at the moment but I’m interested in how that will change in the near future.

Could you tell us about your experience showing your work Help Me as part of Creative Time’s 59th Minute at Times Square in 2006? Did the experience add new insights to your reflections on control via advertising and on the importance of accessible art?

It was incredible to see that up in Times Square. I loved watching people see it and wonder what in the world it meant? Who was typing it? What happened? Yet at the same time, an overall reaction of confusion but helplessness to actually do anything. 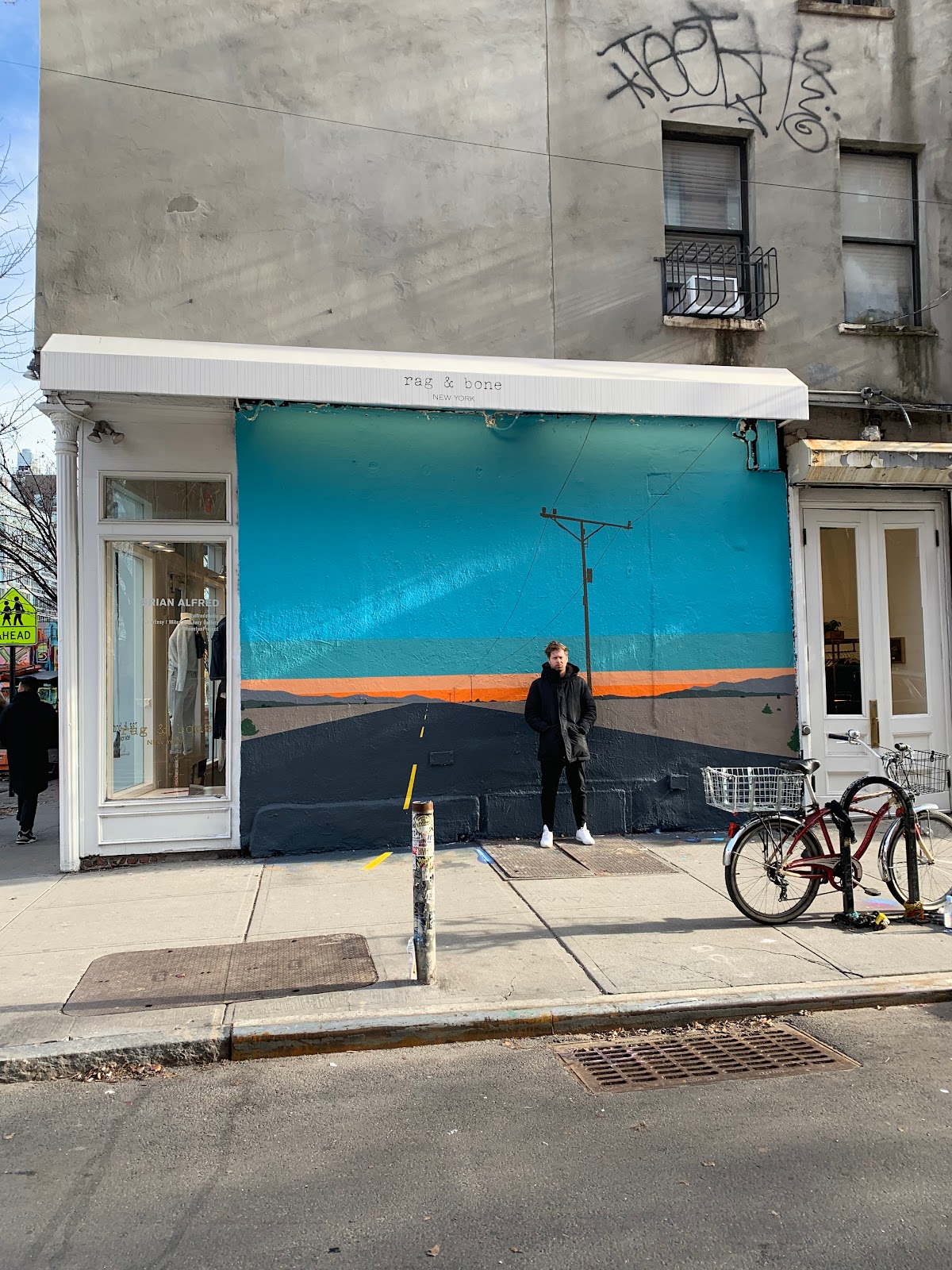 It has become so intertwined with our daily life, our interests, our vision.. it’s a bit daunting as we experience algorithms and ‘suggested’ content in relation to our navigation of social media and digital content. It honestly makes you feel more of an expendable consumer more than ever.

Alongside your art practice you have also worked in the music industry. Do you think of the two practices as distinct, or do the two inform one another?

They inform each other in my world. I collaborate with musicians all the time. Them scoring my animations, me making music videos for them, etc. They definitely have their own things that make them amazing, but overall the creative process in both has a lot of similarities.

Do you think the culturally ingrained distinctions between fields such as music, animation and painting are important to maintain, or should they be challenged?

I would argue that they are melding together more than ever before, and that’s a beautiful thing. But they should also be valued for what each individual way of working brings to culture and our world.

Could you tell us about something are you currently working on? 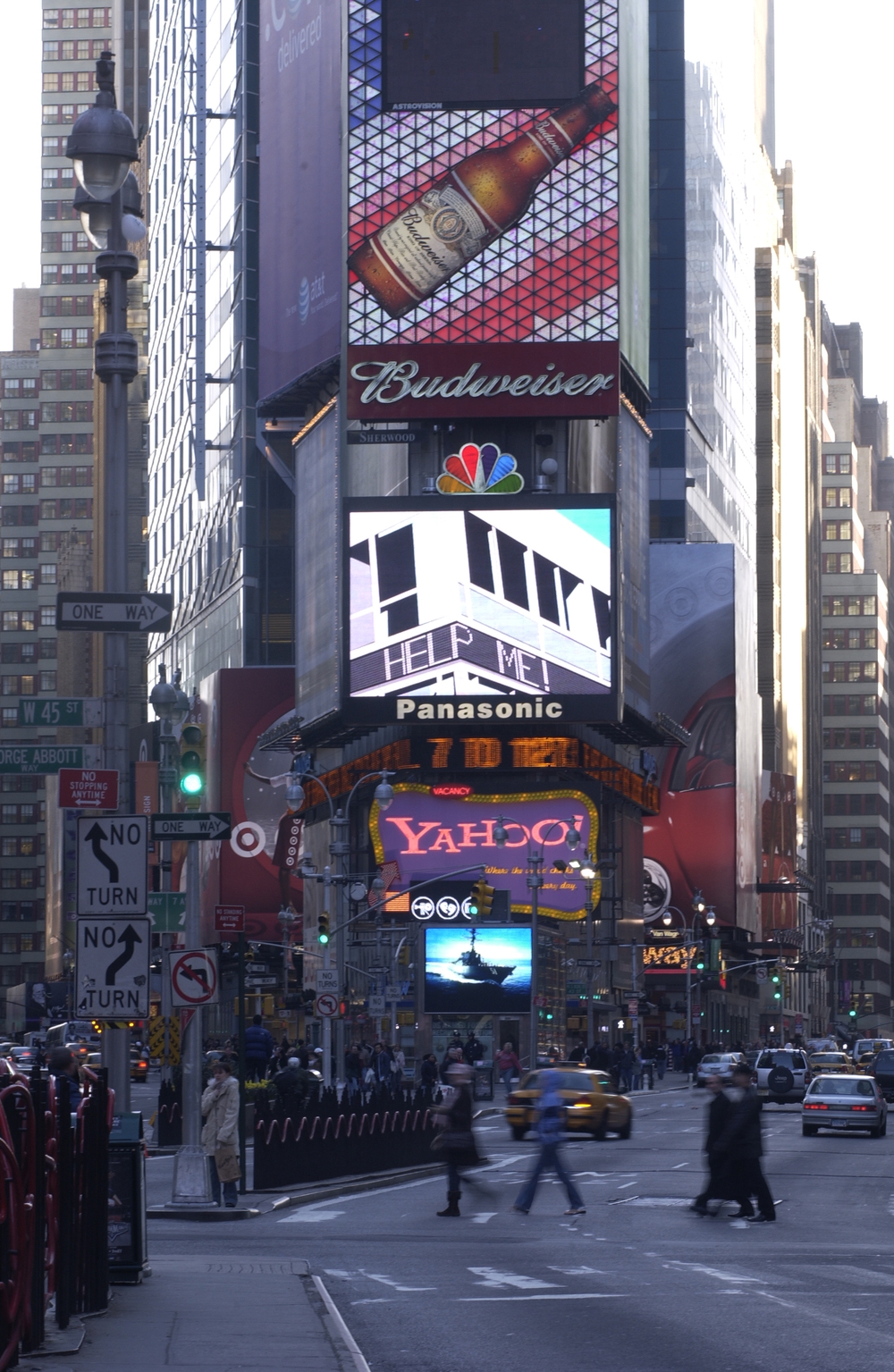 My podcast, SOUND & VISION, where I talk to artists and musicians about the creative process is almost at 200 episodes, I am working on a couple solo shows for 2021, I teach at Penn State University, I am about to start writing a book, I am a father to an amazing 12 year old boy who is an avid musician and I co-run a youth soccer club out of Queens. That all keeps me pretty busy. :) 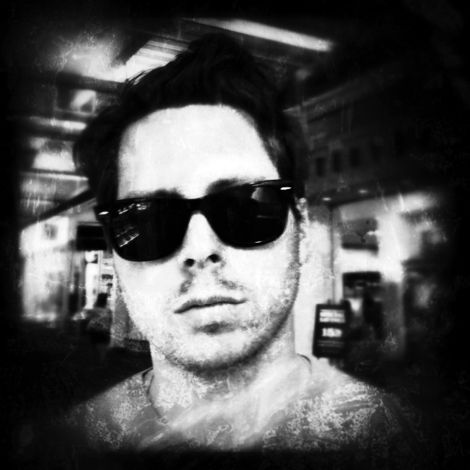