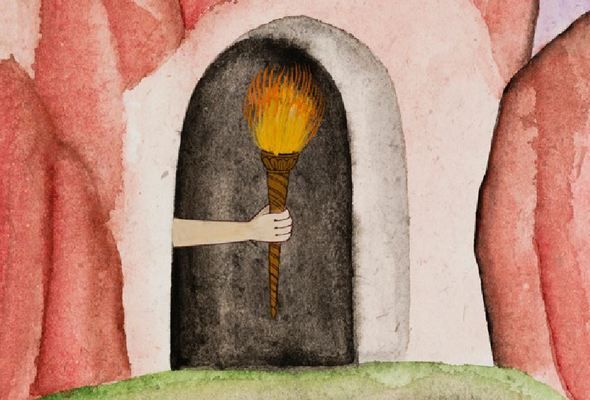 Francesco Clemente presents an exhibition of new watercolours at Blain|Southern in London. Bringing together 108 works on paper, all of which are delicately and intimately scaled, Emblems of Transformation continues the artist’s long-standing relationship with the medium of watercolour, and also with India.

Clemente first travelled to India in 1973, and has lived and worked there at different phases of his life. Drawing from the contemplative traditions and urban visual culture of India, his practice is characterised by a syncretic approach and the constant revitalisation of sources, mediums and formats. The featured paintings include miniature elements chosen and suggested by Clemente, and executed by a family of Indian miniaturist painters from a workshop from Rajasthan. This continues the artist’s long-history of working with Indian craftspeople.

The 108 paintings in the suite reference the number of beads in the japa mala, commonly used by Hindus and Buddhists during prayer. Like the beads of the mala the paintings are linked and flow seamlessly from one to the next. Each is like a fragment of a whole and yet presents a space or context in its own right; they drift through the worlds of waking and sleeping, becoming fluid and interchangeable as symbols and images of love, war, landscape and personal mythology recur and interact.

Alongside the often sumptuous colours of these watercolours – where at times rainbows fill the picture plane, offset by gold and silver fragments – a small group of works are notably muted, a monotone mood of rich sepia or ochre tones recalling faded photographs. Here, again, one form flows into another and ambiguity surrounds the subjects. Fish and humans might be kissing or devouring one another; a woman either penetrates the jaws of a monster or possibly explores the cavity within its body.

Francesco Clemente aims to reconcile all apparent oppositions - life and death, earth and water, light and dark, internal and external - and in doing so he looks at timeless questions of the self. He is interested in the objectivity of imagination, as opposed to sentimental fantasy, and he takes a descriptive stance rather than a prescriptive one. His stories therefore stand as reminders of the transformative power of art making and of the imagination.

Emblems of Transformation is on from 29 April - 27 June 2015 at Blain|Southern, London. 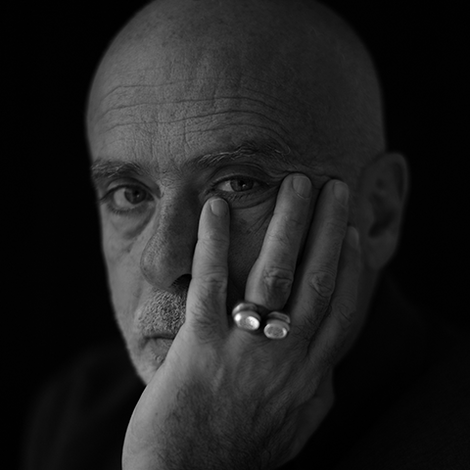