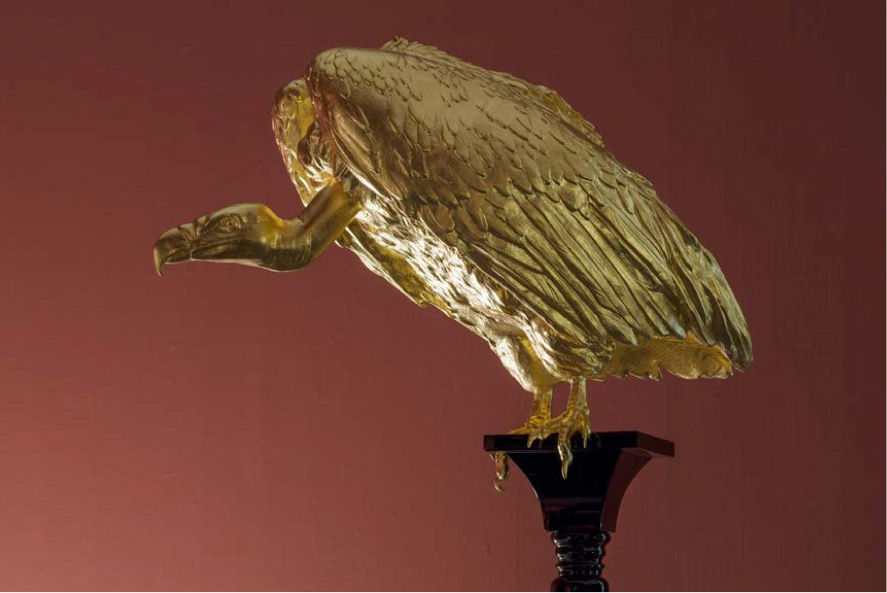 Elmgreen & Dragset open a new solo exhibition at Galerie Perrotin New York entitled, Past Tomorrow. The exhibition is a continuation of the artist duo’s interest in creating new narratives by staging psychologically charged domestic interiors belonging to a fictional, absent inhabitant, Norman Swann. The character first appeared as the protagonist in Elmgreen & Dragset’s exhibition Tomorrow (2013) at the Victoria and Albert Museum in London, where the artists turned a section of the museum into Mr. Swann’s grand family home.

Past Tomorrow follows the life of Mr. Swann, an elderly, disillusioned and failed architect, after his inheritance runs out and he is forced to leave his home in London’s South Kensington neighbourhood, resettling in a smaller apartment in New York’s Upper East Side. The exhibition now focuses solely on his bedroom, which is filled with elements related to his turbulent biography and the nostalgia, sorrows and regrets of his personal life. The story of Norman Swann is the story of growing older, of values shifting over time. An old man whose lifestyle and beliefs are grounded in the past and no longer align with contemporary culture, Swann’s character can be regarded as a metaphor for “old Europe”, stubbornly refusing to face its changed position within the world.

Coinciding with the exhibition, Elmgreen & Dragset also install a new site-specific installation at the 10th Avenue Square on the High Line in a group exhibition entitled Panorama, also featuring works by Ryan Gander, Olafur Eliasson, Kris Martin, Gabriel Sierra and others. The installation is an oversized, nonfunctional bronze telescope sculpture that simultaneously brings attention to and makes the viewing of the Statue of Liberty impossible. 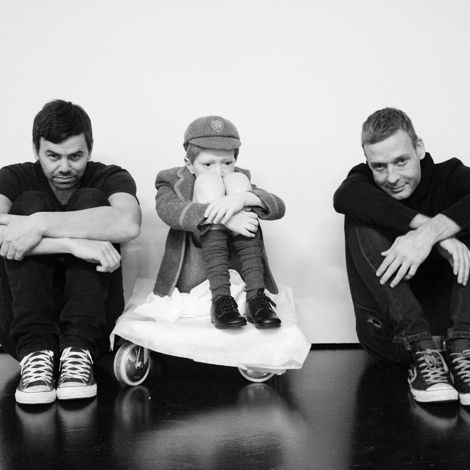