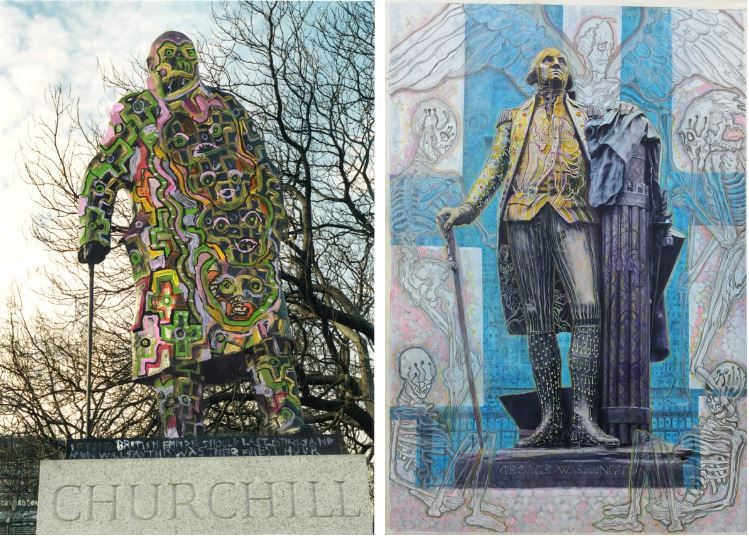 Locke’s work frequently engages in a kind of ‘mindful vandalism’ - the creative subversion of icons of power as a means of critiquing and neutralising that power. The viewing room guided visitors through some of the artist’s techniques for destabilising narratives and symbols of power, particularly colonial and imperial power.

Natives and Colonials began with proposals to dress public physical sculptures which, first rebuffed by the art world, later became part of a powerful movement of critical statue redesign. “Nobody was willing to take this project up, so the proposals—i.e. the painted photo- graphs—became the artwork. They became about impossible proposals, things which I would never be allowed to do, and then hence the painting and photograph together." The works in the Natives and Colonials series add important contextual layers to statues of Winston Churchill, Lord Clyde, David Livingstone and others - powerful figures whose success was built in part on the devaluation and exploitation of the lives of other people. Natives and Colonials brings this exploitation to the forefront. Commissioned by the city of Bristol, the Restoration series extends similar treatment to four key figures of the British Empire - Edmund Burke, Edward Colston, Edward VII and Samuel Morley. 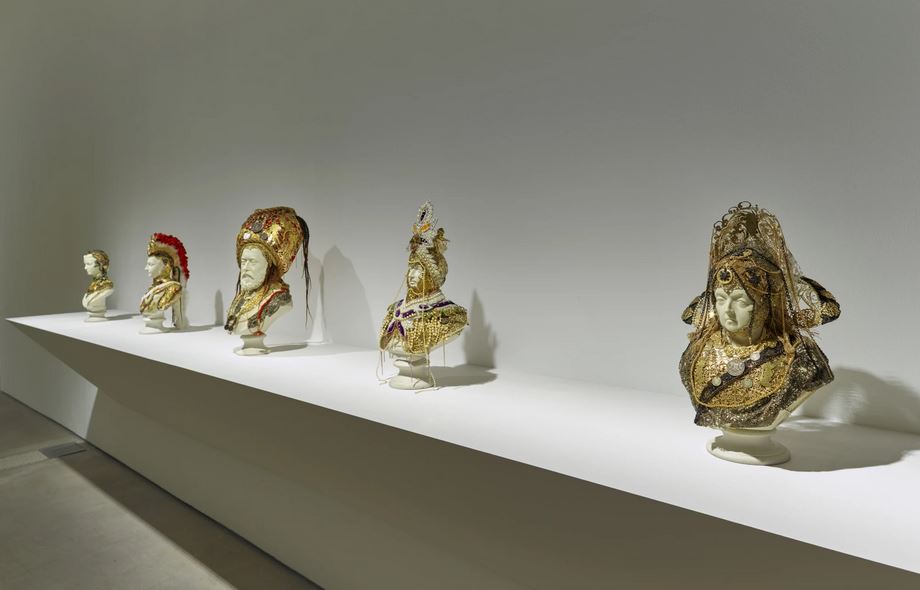 Busts from the Souvenirs project in Where Lies the Land?, Hales Gallery, 2019. Photo by Anna Arca.

For Souvenirs, Hew Locke worked with ceramic Parian ware busts of Queen Victoria and other influential figures of Victorian Britain. Parian ware was popularised during the 1851 Great Exhibition and was a form of imitation marble; busts in the material could be bought by middle-class Victorians as symbols of status. Locke collected a number of Parian busts and decorated them with glittering embellishments - beads, crowns, military insignia. The busy opulence of these embellishments is striking against the white busts; on closer inspection, what looks like gold is revealed to be brass.