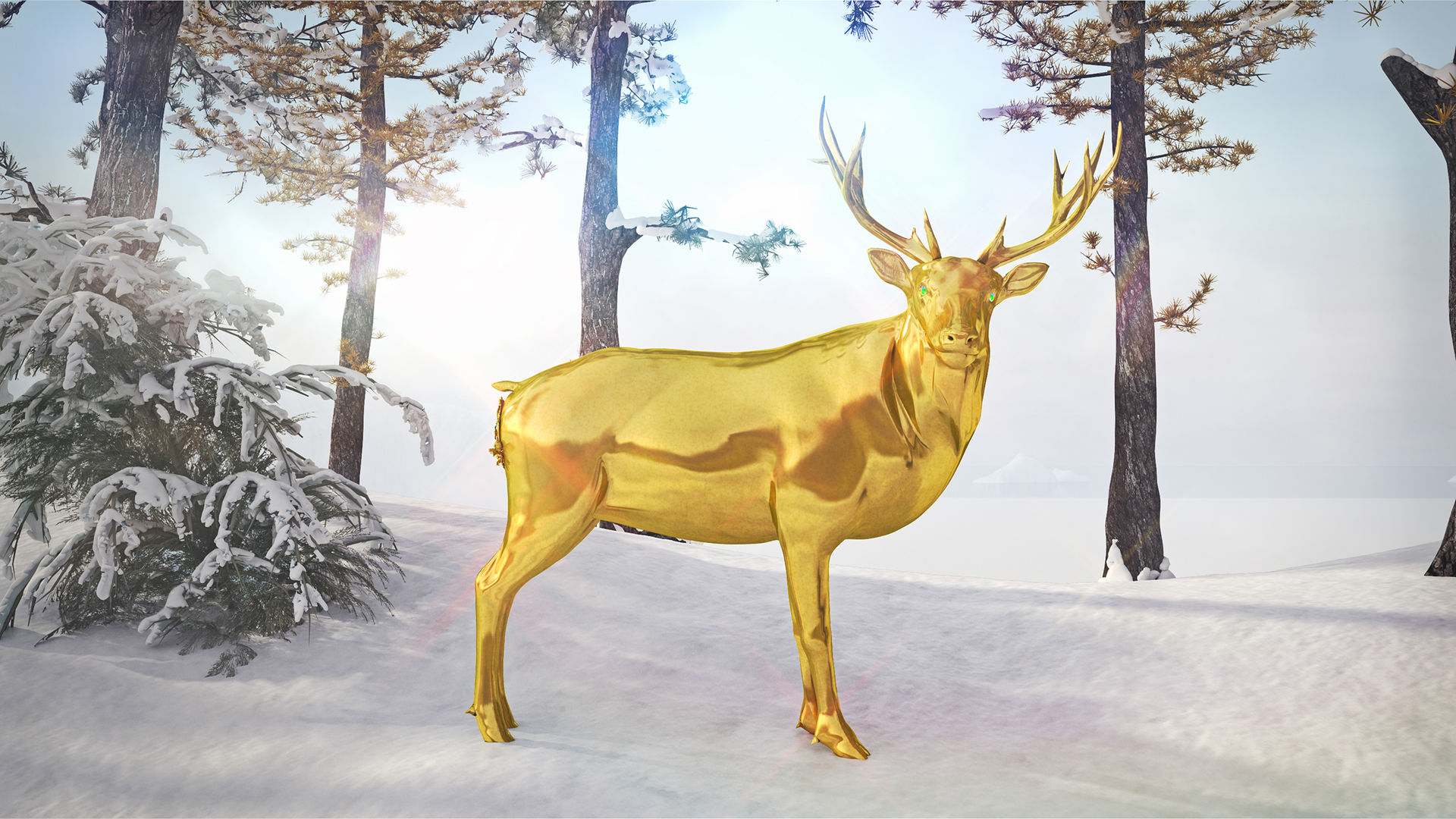 Escape Pod is an exhibition that features Monaghan’s new video installation of the same name, as well as recent prints created in a process of computational collage. Conceived of as an ambitious and dreamlike HD animation, Escape Pod has been in production for several months, and was created with commercial animation software. It builds on a rich visual vocabulary of his past works, which will also be presented at the gallery in a special one-night screening.

Escape Pod is based on hunting mythologies of the Greek and Nordic traditions. It captures the journey of a golden stag that roams modernist spaces of authoritarian confrontation and material excess. Lavish bedrooms, airport checkpoints, and a luxury riot gear boutique are encountered, as the scenery unfolds from the perspective of a floating viewpoint that is framed as a continuous shot. In a climatic moment, the golden fawn is birthed out of a BoConcept sofa, only to be carried away, into a heavenly Duty Free shop in the clouds. Seamlessly looped in a twenty-minute cycle, Escape Pod suggests an apocalyptic decadent future – one that is militarised, totalitarian and permeated by extravagance. It is a representation of laboured pursuits, particularly of the otherworldly or unobtainable.

After Fabergé is a series of five-foot photographic prints that combine the experience of consumer technology and luxury goods. Mashing anatomy and design, these highly detailed compositions evoke alternate realities, if not fetishistic obsessions. The eggs are ornamented with human orifices, industrial vents, USB plugs - and even a Starbucks coffee shop. Resplendent in decorative detail, and enveloped by stark white backgrounds, their appearance is evocative of commercially functional products. Yet, each egg lacks a specific purpose, which causes these virtual objects to hold a strange and ominous power.

The imagery of After Fabergé reappears in The Pavilion, an animation with a new age soundtrack that conflates the ostentation of Baroque architecture, a walk-in closet, and the folds of a gigantic anus.

Monaghan has released two digital editions on Sedition including Alien Sonata and Robot Ninja, both employing his distinctive fantastical 3D animated style referencing games and science-fiction that is also present in the exhibition.