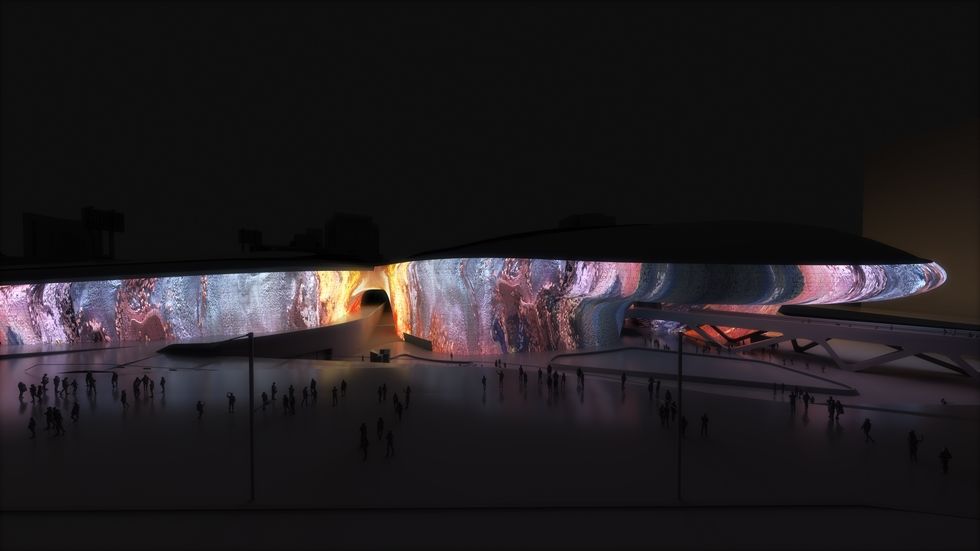 Organised by the Seoul Design Foundation, the inaugural DDP Light Festival projects digital artworks onto the curved surface of the DDP, which was designed by Zaha Hadid, during the 2019-2020 holiday season. Almost 250 metres wide, the projection surface will display four digital art shows per day between 8pm and 10pm. Each show will be around 16 minutes long and will comprise sections on the past, present and future of Seoul.

Anadol was invited to lead the project following his transformation, in 2018, of the Walt Disney Concert Hall. The artist said of his new endeavour: “The DDP is an incredible canvas, algorithm is a great brush and Seoul’s culture is a great pigment to paint with [...] From historic calligraphy to the thousands of images collected and Hadid’s architecture, everything has been inspiration [for this project].”

The artworks projected onto the DDP are intended as a projection of the dreams of the city. Archival images of the Dongdaemun area are combined with images of Seoul captured by local residents and with a selection of sounds representative of Seoul culture. Anadol uses algorithms to work these materials into audiovisual compositions. The resulting work is both a vibrant celebration of the life and dreams of Seoul and a reflection on what it means to digitally dream.