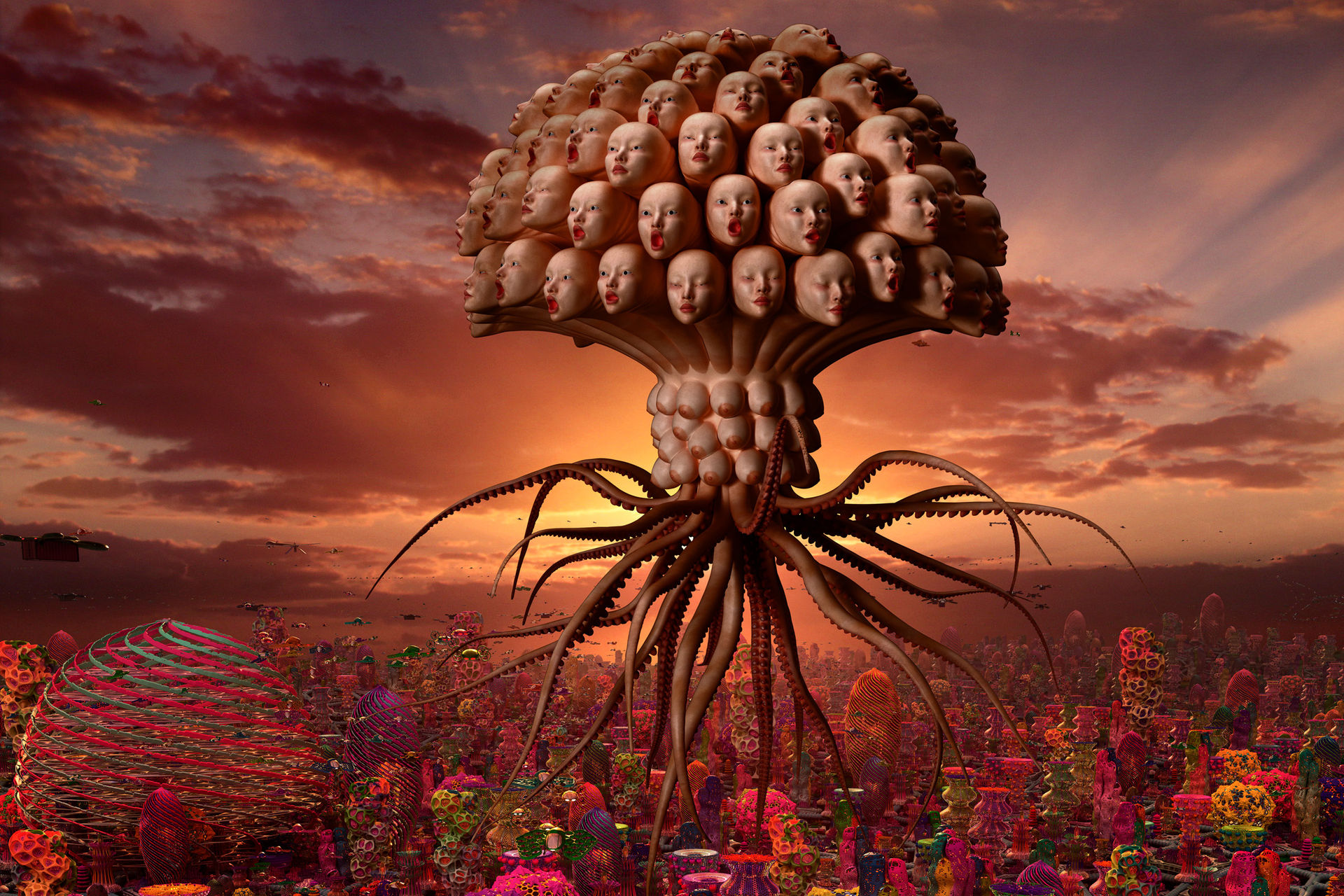 In an ambitious new project, AES+F have produced costumes and video scenes for a new version of Giacomo Puccini's opera Turandot at the Teatro Comunale di Bologna from 28 May - 6 June.

Begun in 1920 and completed after Puccini’s death in 1924, Turandot is derived from a story by the twelfth-century Persian poet Nizami. The three-act opera is set in China, where suitor Prince Calaf must correctly answer three riddles to win the love of Princess Turandot, who believes herself to be the reincarnation of an ancient princess who reigned in peace before being raped and murdered, and now seeks revenge.

Directed by Fabio Cherstich and with concept by Cherstich and AES+F, the 2019 reworking of Turandot brings the opera’s characters and setting into the future.

In the past, when Beijing was conquered...

Many women, including the Empress, were raped

In 2070, Beijing is the capital of the Global Empire,

where Princess Turandot established a radical,

This contemporary reworking of Turandot brings an ancient story, whose conventional characters and messages have powerful feminist undercurrents, into contact with a world of instant and intensive communcation, hyper-mediated by technology.