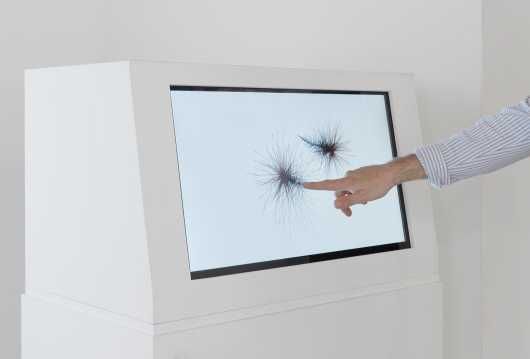 A group exhibition at the Eden Project in Cornwall, England features work by 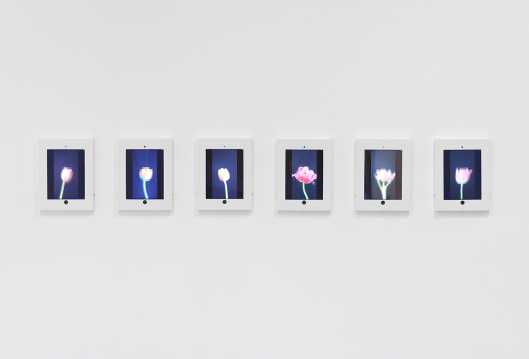 The exhibition works through questions important to consider when thinking about contemporary image making, representation and art, asking for instance where creativity is located in artificial intelligence software, and whether human creativity can be separated from software in a digitally mediated age. 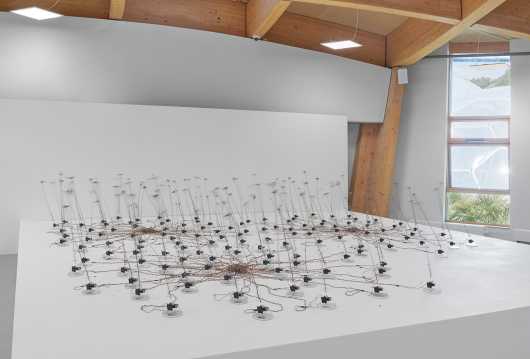 Appropriate to its venue, Artificial Creators has a strong focus on nature. Often relegated to the background in human-machine relationships, flora and fauna have a powerful yet disregarded influence in many realms, from software development to sculpture to concepts of self and community. Organic life is a form of Artificial Intelligence preceding silicon-based life forms. The moment of evolution, cellular division, replication and synthesis, growth and decay are examples of patterns observed in nature currently inspiring software artists. Artificial Creators presents some examples of nature-inspired digital art practice, while also looking at the current co-evolution of human, organic and digital forms of intelligence.

Each of the works on display examines collisions of types of intelligence in different ways. LIA’s work Tentasho uses a single algorithm to create constantly evolving images and animations, while Anna Ridler’s Blomenveiling is an animation of a tulip in bloom based on the behaviour of real tulips. Fifty Sisters by Jon McCormick presents fifty algorithmically generated images of plant forms ‘grown’ from code, while Wanton Boys by Ian Gouldstone presents a multitude of geometric digital forms which flit among a multitude of screens and surfaces. David Bowen exhibits tele-present wind, in which an accelerometer transmits the movement of plants outside to an installation of moving plant stalks in the gallery, and 5twigs, which places 3D printed twigs alongside their organic counterparts.

Artificial Creators: Inspired by Nature is shown in the Core Building at the Eden Project, Bodelva, Par PL24 2SG, UK until 29 September.