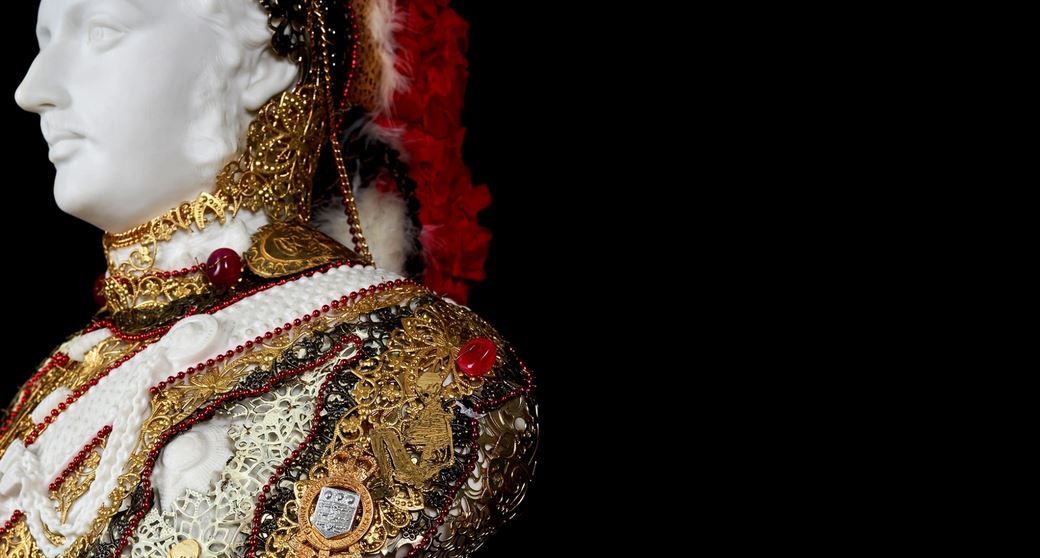 Hew Locke presents two solo exhibitions; one in London and one spanning two locations in the US.

Here’s The Thing opens on 12 September at the Kemper Museum of Contemporary Art in Kansas City, Missouri, where it runs until 19 January 2020. The exhibition follows on from the show of the same name which was at the IKON Gallery in Birmingham, UK from March to June 2019. After the exhibition at the Kemper Museum, Here’s The Thing will move to the Colby College Museum of Art in Maine, where it will be on display from 20 February to 7 June 2020. 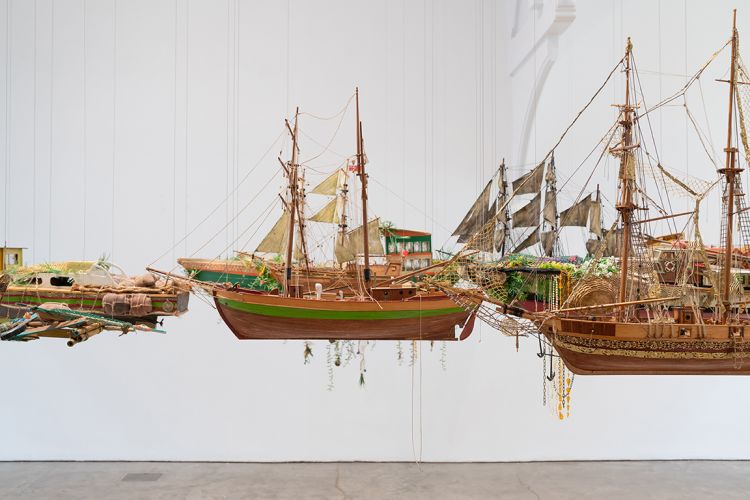 The works on display in Here’s The Thing bring together and modify historical artifacts relating to the impact of colonialism in two places close to Locke: Guyana, where the artist spent much of his childhood) and the UK, where his art training and career began in earnest. Artefacts are carefully amended and arranged into expansive installations which, by interweaving too many single narratives to count, tell a story which avoids being reductive or simplistic. Locke’s work combines a range of media and techniques; the exhibition features painting, drawing, photography, sculpture and installation.

Locke’s work is concerned with the way cultures assert identity through objects and systems. Works featured include his series of augmented royal busts, Souvenir; part of the Souvenir  project is available on Sedition as a collection of digital editions.

Boats are a recurring motif for the artist, as vessels vital for trade and travel as well as for personal and cultural identity. Boats are intrinsic to the movement of people around the world, vital for colonial invaders and escaping refugees alike.

“Here’s the thing: Guyana means ‘land of many waters’—you are constantly aware of boats. I went to Guyana as a five-year-old kid on a boat. I came back here [the UK] on a boat. So many things, good and bad, travel by sea. People want simple answers about what this work is about, but it doesn’t exist. Migration, trade, refugees, warfare, exploration, tourism … [are] extremely messy and interlinked. To whoever is asking, I say, come back tomorrow and I’ll have something different to say about it.”

From 26 September to 9 November another exhibition, Where Lies The Land, is on display at Hales Gallery in London. The solo exhibition is Locke’s fifth with the gallery and extends his exploration of icon and identity formation through ‘statuary, monarchy and ships’. Where Lies The Land  includes a new suspended flotilla of ships and further references to boats and fishing communities, including traces of traditional homes on stilts built by people living along the shoreline in Guyana.

Where Lies the Land also features another showing of parts of the Souvenir project (top image). By re-contextualising the opulence of royal busts, regalia and insignia, the project creates a complex and unflinching interpretation of the power and trappings of monarchy. Like Locke’s boat installations, Souvenir reveals some of the traces of colonialism that can be found in everyday life, and invites the visitor to develop a more nuanced understanding of them.

LoVid: Thread Through The Eye