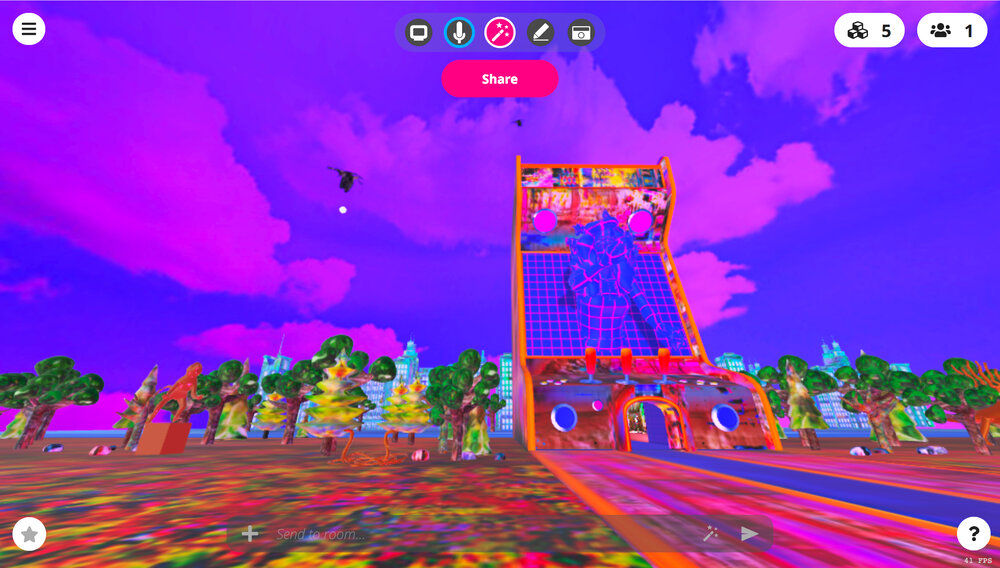 From 5 September to 8 October

Carla Gannis presents a reworked version of her project Wwwunderkammer: From XR to Social VR at Telematic in San Francisco. The exhibition opened on 5 September with a reception from 3pm to 6pm PDT.

The exhibition, presented by Telematic Media Arts, first opened at the start of the year as an XR (mixed reality) event before being closed due to COVID-19. During lockdown, Gannis reworked the project as a Social VR piece which can be viewed on the Telematic website, in person at the Telematic SOMA gallery space (one visitor at a time; visits must be pre-booked) or in Social VR via Mozilla Hubs.

The exhibition explores the boundaries between real and virtual, science and science-fiction, created by the integration of networking technologies into daily life. Gannis examines the sixteenth-Century ‘Cabinet of Curiosities’ - collections of fascinating objects which led visitors on a part-factual, part-fantasy journey through the world’s wonders - in a contemporary context. Gannis is particularly interested in the way digital media have influenced the way we dream and theorise, and have shaped the slippages between reality and the imaginary.

The exhibition is organized in layers of virtuality. The gallery itself provides an initial liminal space, already set apart from the everyday, where Gannis presents a collection of physical objects, drawings, trompe-l'oeil paintings, 3D-prints, and other digitally manipulated objects, depicting animal and plant life (recently discovered biological organisms along with contemporary, artificially crafted ones), humanoid robots, and imagined landscapes. Augmented reality software, on an accompanying digital tablet, adds a further degree of virtuality to Gannis' installation, by animating these creatures and characters, and by providing them with histories, mythologies, and other speculative explanations.

Finally, Carla Gannis' installation culminates in a fully immersive VR experience, with a virtual reconstruction of Telematic's gallery itself, which enters onto a whole network of "cabinets," populated with animated avatars, developed through the artist's "After Arcimboldo" series, as figures of a decolonized, post-human, feminist future. - From wwwunderkammer’s Exhibition Statement.

Gannis’ work reveals the simultaneous constructedness and irresolution of the realities we build for ourselves. Wwwunderkammer also looks at the complicated ways in which the physical and the virtual overlap and intertwine, how speculation is materialised to form complicated cultural entities which in turn continue to speculate and materialise.

Enter Through The Headset 5