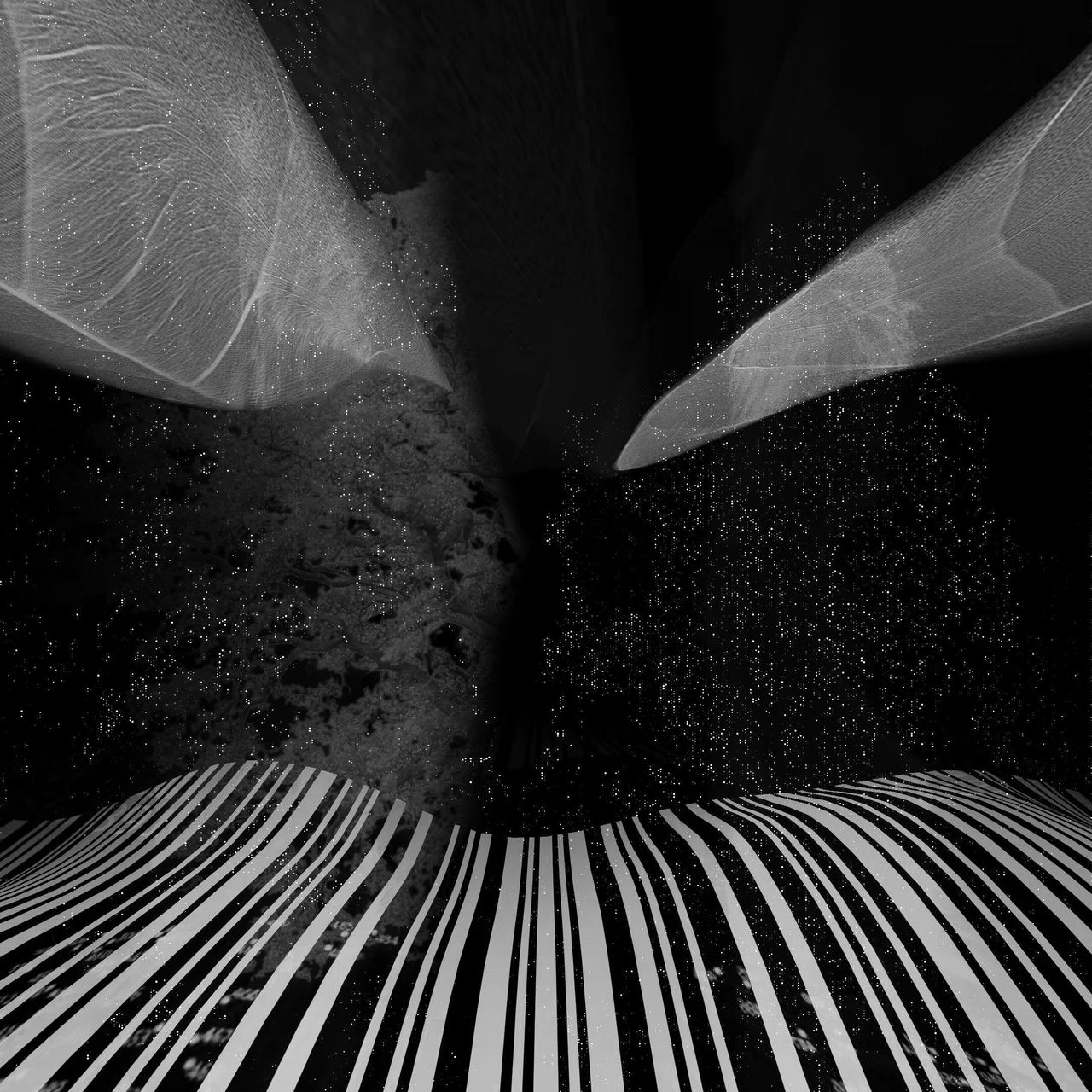 To coincide with the launch of Folly, their 35-minute kinetic meditation mixing pastoral images with grids, vapour and audio loops. Michael Denton of

Overlap talks to architecture and design journalist Louis Wustemann about the work and its evolution.

Louis Wustemann: How would you sum up Folly?

Overlap: It’s a painting with music; that’s the ambition.

It’s a painting that seems to become more detailed and layered as it changes. Is that a fair description?

Yes, it’s quite graphic and even quite thin at the beginning, deliberately. The way it was made was mixing sections in with music - all the music is at 100 BPM so you can swap parts around without any sync issues, which is incredibly liberating. So I put parts that were mixed live in a timeline, dropping sections in according to systems that made them work together well. And where anything didn’t work I would try to work out whether it was the music or the imagery that was dragging and then fill it in until it felt like it was moving again.

We’re interested in loops and loops within loops. The whole thing is made up of infinite loops and the whole piece will loop perfectly, so if you put it in a room on repeat it will go on forever with a feeling of no beginning, no end. Structurally that relates to painting too. A successful painting has that circularity to it; your eye just keeps going round and round it.

What was your priority in ordering the parts?

It’s trying to achieve balance, which is a painterly thing. In an abstract composition there may be no rational reason why it feels right but there are lots of sensory reasons. The whole thing was developed as a sensory thing but with the awareness that anyone who was going to sit there for 35 minutes needed to be taken along with it, so our concern all the time was to make it entertaining in a way; so it’s an entertaining painting. 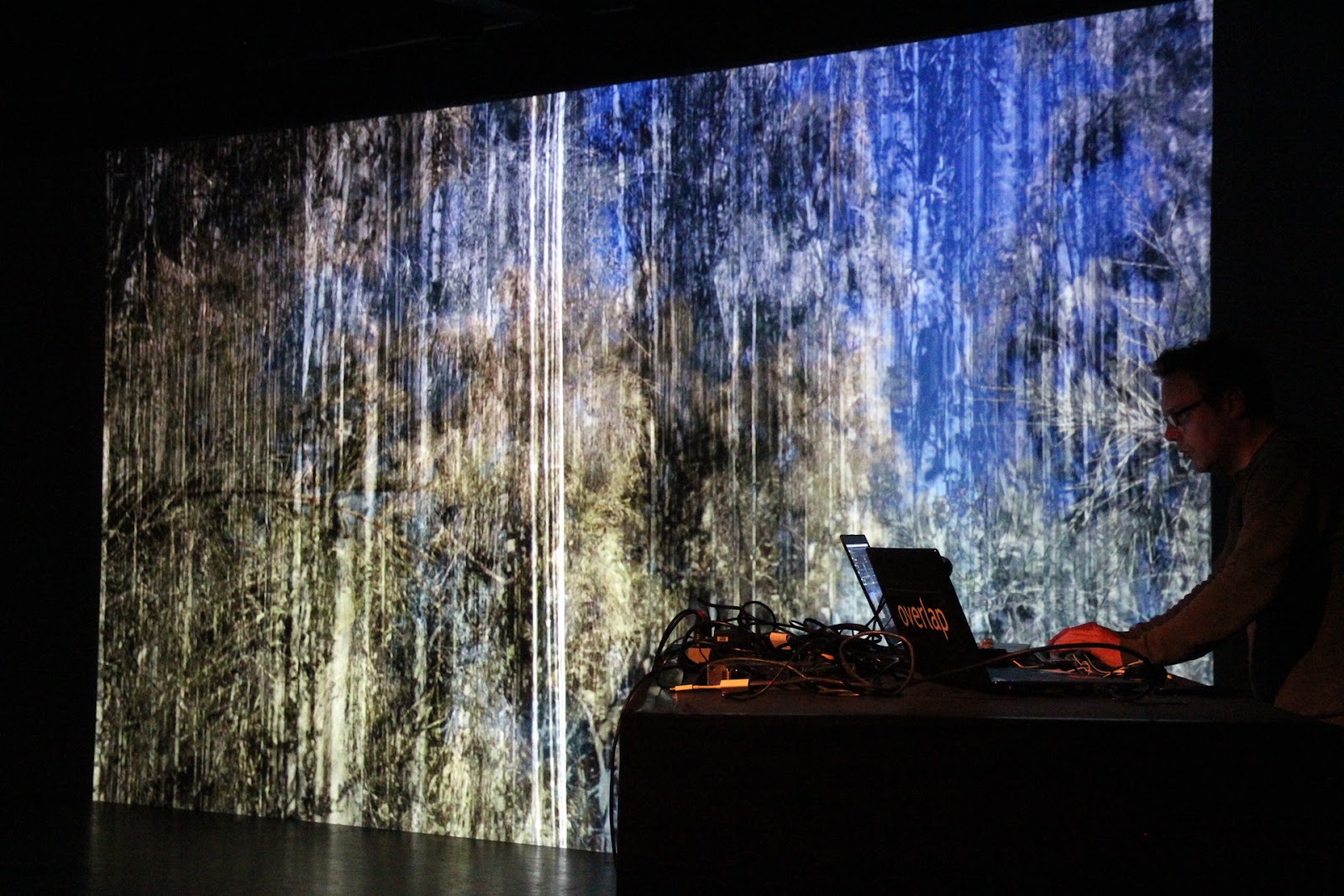 How much does your VJing work feed into the artworks?

It’s like VJing in that if you VJ well you go round and round making different mixes of images but at the end of the evening what you leave people with is a memory painting, like holiday memories, things that are burned in.

You use a square frame for the image, rather than a 4:3 or 16:9 aspect ratio usual in video or film; why?

Again because it makes it more like a painting. You have a black margin on either side, a void, and so much of painting is about the relationship of the imagery to the edge and the imagined part beyond the edge. When you look at a painting half of the experience is what you are imagining extending beyond it and a square does that nicely. 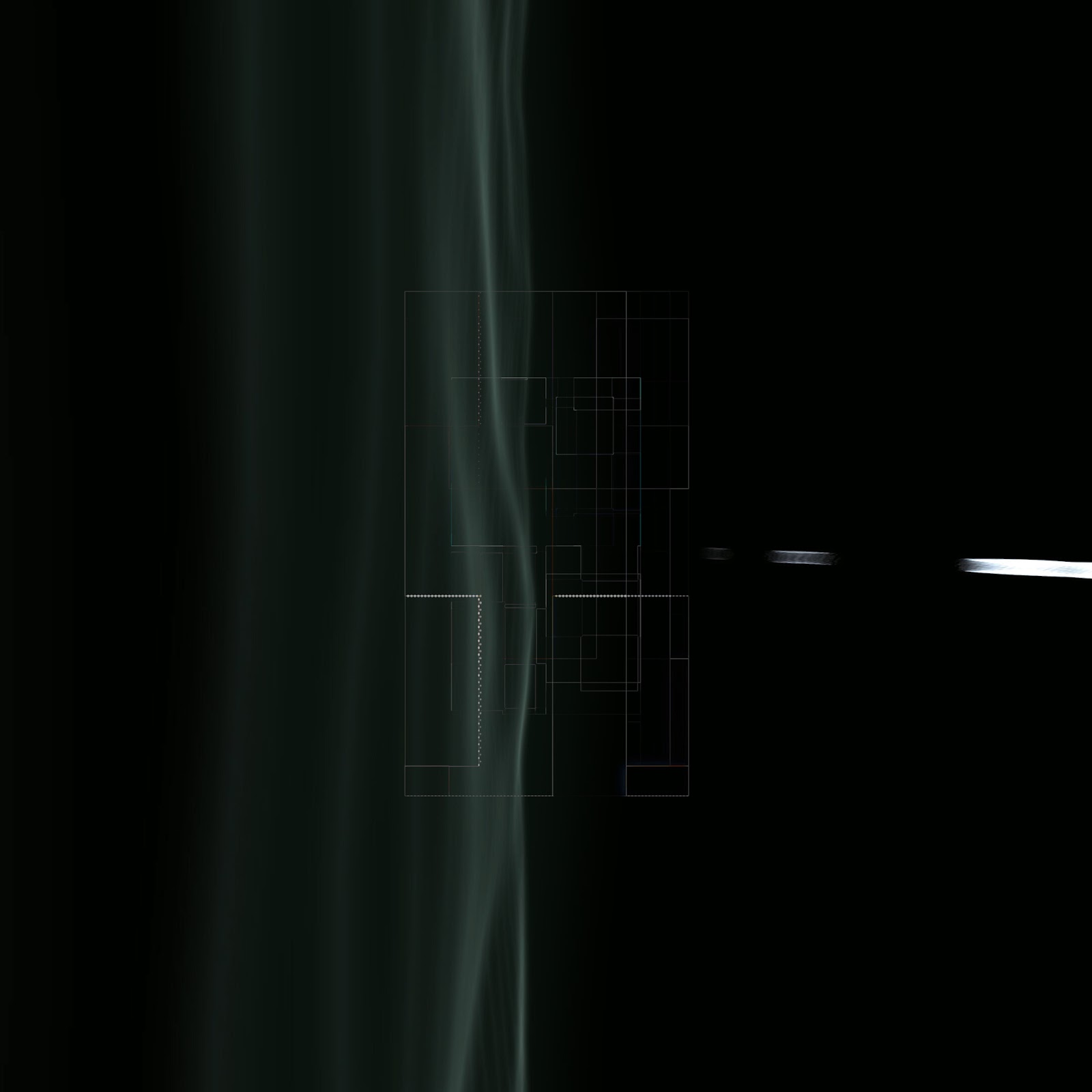 Which comes first, the music or the image?

They were simultaneous, or at least alternating between the music programmes and the video programmes. We have been working on the parts for five or six years. The music and images were developed in parallel, like Velcro, made to fit each other. Then parts would be left for a couple of years then edited. I’m always blending things, like making stews or soups, adding layers. I keep them as simple as they can be; sometimes you think “There is too much in that image”, or in the music and you do the counter-intuitive thing and add more, and it makes it simpler.

How do you expect viewers to consume the work?

It would be great if people started with it on while they were doing other things and were gradually drawn in. I think there’s enough there so that you can get lost in it. It is a new format for entertainment, so people will decide whether to watch it or to have it on for the music and glance at the images. The music works on its own, but hopefully it will draw you into the imagery.

Folly by Overlap launches on 16 September 2020. 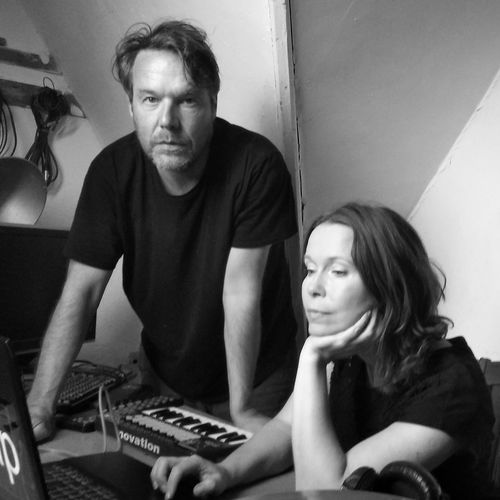 Enter Through The Headset 5