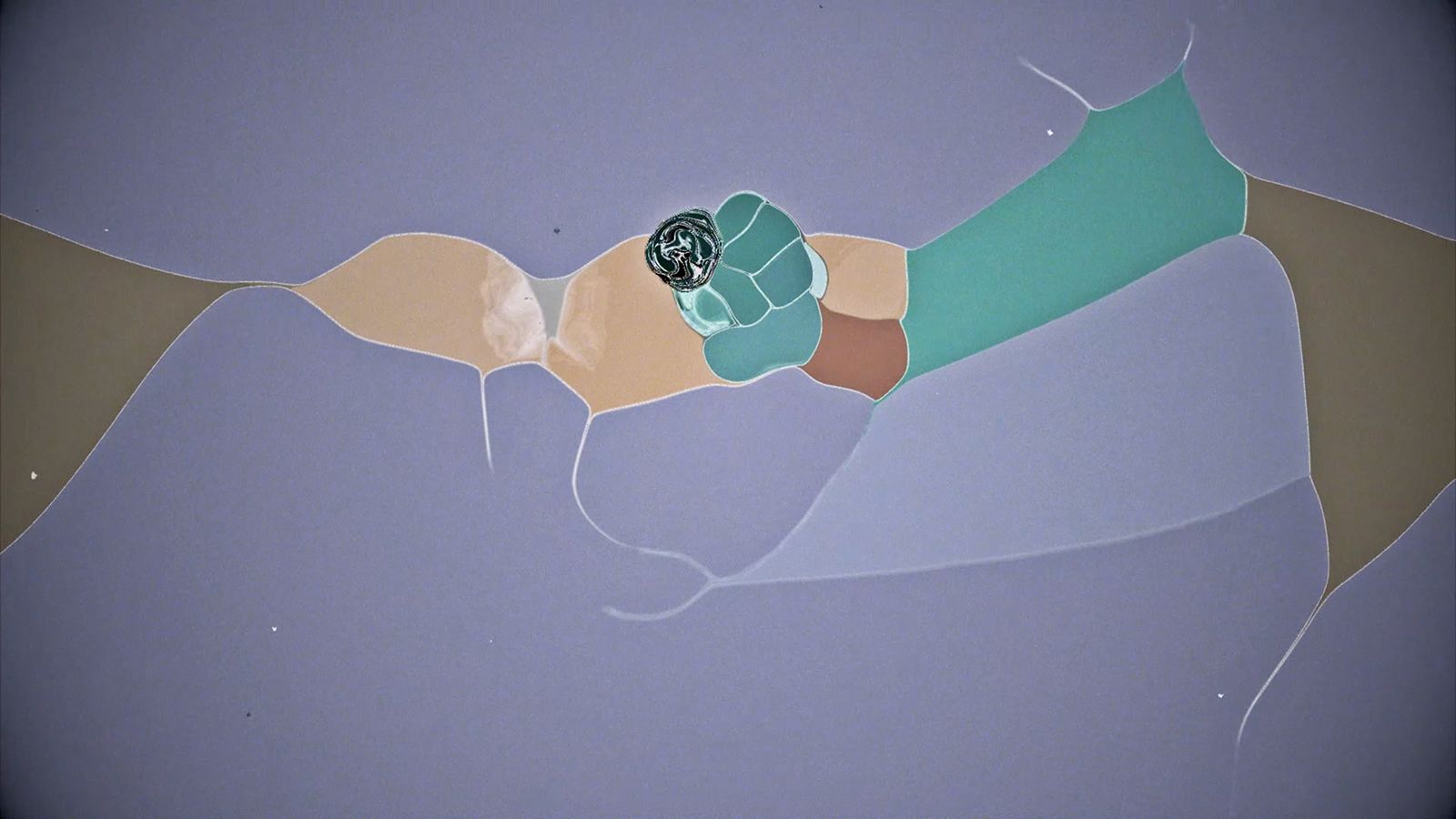 Yoshi Sodeoka is a New York-based video artist whose work explores chaos and recursion, yielding aesthetics ranging from geometric formalism to wild psychedelia. He has been practicing for more than two decades, and beyond his own experimental digital video he regularly produces music videos for musicians.

Sodeoka’s work has been exhibited internationally at venues including Centre Pompidou, Tate Britain, and MoMA. His artworks are in the permanent collections of Museum of the Moving Image and SFMOMA. Below, he speaks to the inspiration behind and making of Wetware—just released through Sedition—and his broader practice. 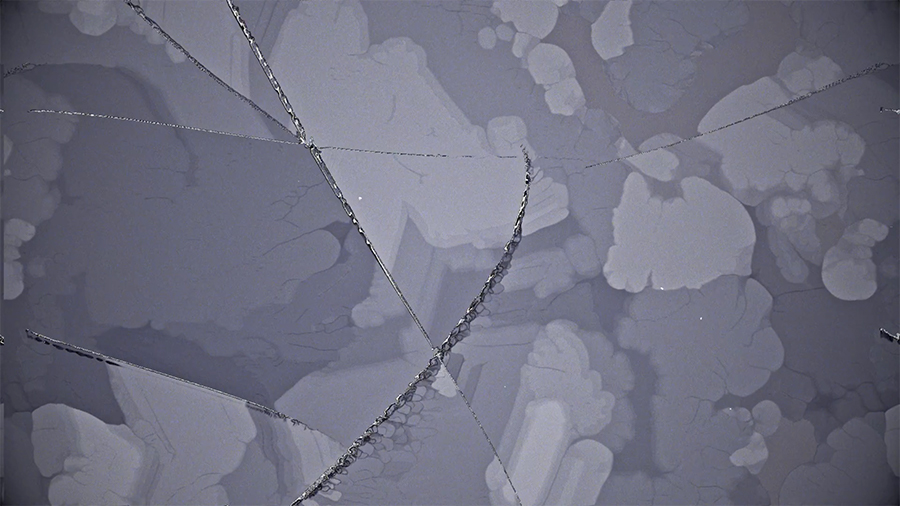 Your new work for Sedition takes the idea of organic computing and builds an aesthetic universe with it. Could you talk us through your interest in this concept, and the decisions you made in designing and refining the video feedback system that drives Wetware?

I’ve always used video feedback, in one way or another, in many of my videos. Earlier, I used a lot of traditional analog video feedback system where I point the camera at a TV monitor and record it in real time. But that particular technique has gotten to the point where everything looks the same and unoriginal. It just didn’t give me enough options; I wasn’t too happy with it. The gritty look of analog video feedback has its charm, and I still love it, but I wanted to do something more advanced and different.

After considerable trial and error experimentation, I came up with a new digital video feedback setup in After Effects that involves a little ‘hacking’ within it. And I felt pretty good about the way the visual are produced—it become my favourite. I had an opportunity to produce a bunch of videos with this particular technique when I worked on Galands video album that I made with my music collaborator MYMK in late 2018; his music called for it in a way. The Wetware series that I made for Sedition is a continuation of the similar direction, but it’s tweaked further.

My main interest is more than just the look of video feedback but the concept of infinite cycles, that generates and erases by itself as driven by some random seeds. Producing video feedback isn’t always cut and dried. I expect it to do one thing, and that usually doesn’t happen. It’s like the system has mind of its own and is really unpredictable. So, that’s where I got my inspiration from, for the concept of wetware for this series. It feels like it’s a result of software and hardware clashing inside someone’s brain. 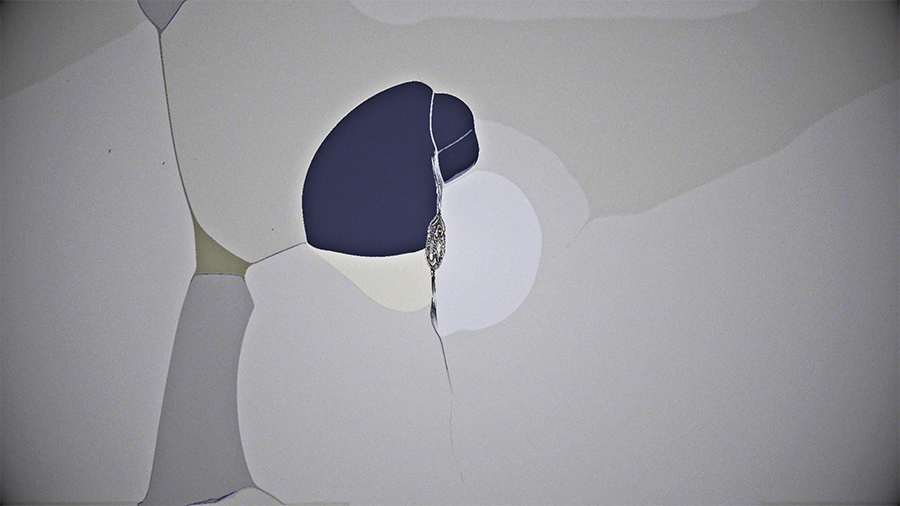 The Wetware videos definitely don’t look digital. Their branching paths and amorphous forms look like Liquid light shows from the 1960s, could you describe how you design one of these systems.

The idea is as same as any video feedback system—but it’s happening in After Effects. I figured out a way to re-apply the same shapes and colors on top of one another and keep them accumulating in cache by using the right combination and order of basic plugins. I usually set up a very basic graphic and write some simple scripts to animate them. After that, I wrap it around the feedback system. Then it mutates the colours and shapes when I render it. After Effects isn’t usually good at this kind of thing, and it’s definitely not made for it; but what I made works, in a very weird way. It can’t render real-time obviously though—that’s the big downside. But the upside is that I have so many options to warp the look of basic video feedback, by using a bunch of plugins that are unique to After Effects; not to mention the ability to composite different footage within it—that’s a huge advantage. 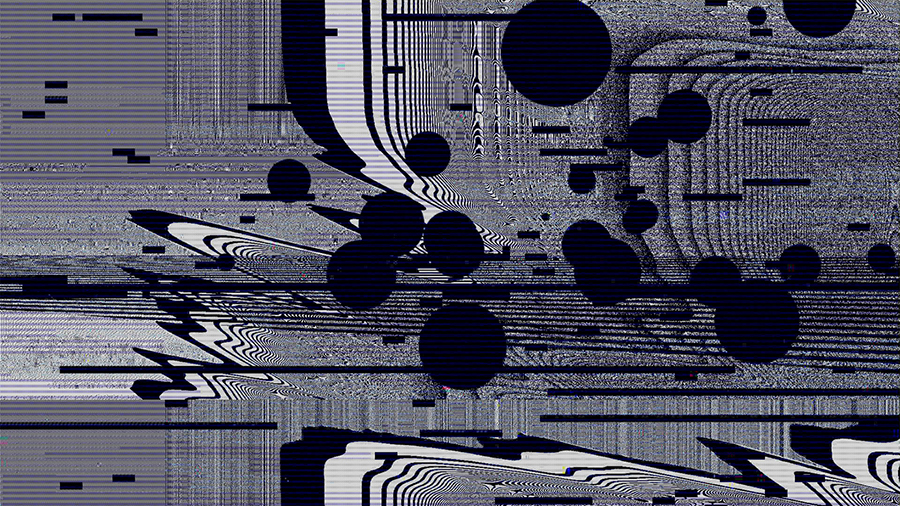 Your video for TORIMIMASATAKA, the audio-reactive pieces for MYMK—many of your music video works draw on the creation of a visual system and then pushing it to its limits. Is there ever any dialogue with the commissioning musicians about visual concepts or do you have carte blanche to interpret their sound visually? Also, what is your criteria for a good music video?

I usually have a lot of freedom with most of my music video commissions and I consider myself lucky. I do communicate with musicians in the early stage of production for sure. But in the end, the results are always up to me. I’m grateful to people who trust me. And I also play music. So, I feel comfortable communicating with them.

What I keep in mind always is that visual experiment itself shouldn’t be the message of the video. It’s important that the experiment fits the subject of the music itself. So, that’s why important to have a bag of tricks because one glitch technique can’t be good for everything. And also, I always try to outdo myself each time and make something more advanced and different—evolution is important for me.

Can you single out a music video or two where you really feel your technique or aesthetic did take a big step forward?

I’m not sure if I can just pick one. I’m always gradually evolving by learning things from what I’ve made in the past. It’s been always baby steps. You can look at my website and see how my work progressed throughout the years. I have it archived them in chronological order—the oldest I have is from 2001. 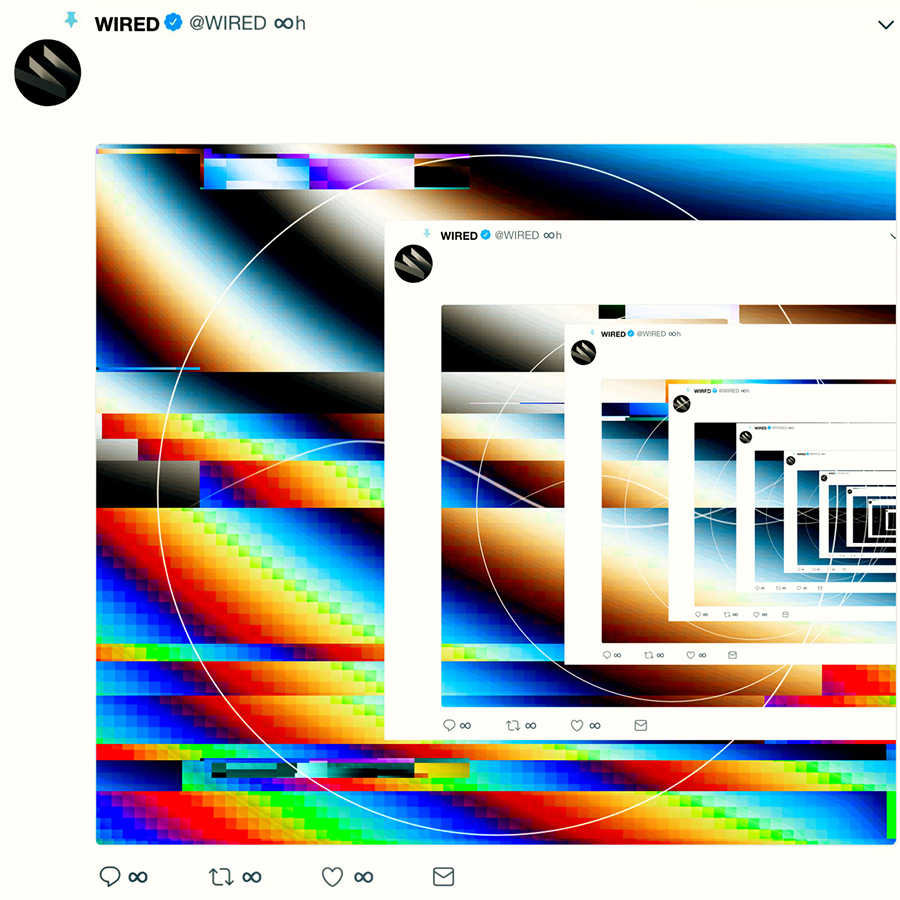 Beyond video art and music videos your portfolio is brimming with editorial illustrations, and web-based works. What has your video practice brought to the other domains and mediums you work in?

Editorial illustration commissions sort of happened by accident. I’ve never thought of doing that before an art director from the New York Times asked me to make an illustration for the front page of Sunday Review. Since then, I’ve been creating editorial illustrations for them, and other publications, whenever people ask me to. I’ve been always making prints based on my videos. So, I was already comfortable with the process. I don’t make any old fashioned illustrations though. I make all of my illustration works in After Effects which might sound really unusual to a lot of people, but it works for me. I treat illustration commissions like any other video art commissions. It’s always about finding a good visual solution to accompany the content.

You are the founder of Undervolt & Co, an internet-based collective who circulate a range of experimental time-based artworks. How has your experience as an artist informed how Undervolt operates?

I originally created Undervolt & Co. in 2013 because I wanted to create an environment where I and my video artist friends could showcase their creations that no one else would. Personally, I used to create my own videos and share them on social media—but that got old quickly. I wanted Undervolt & Co. to be a place that officially represents our experimental works.

I have to admit that we have slowed down a lot in the last year or so though; I’ve gotten pretty busy. It’s actually a lot more work than it looks, to run an imprint like this—and I’m an artist first and need time for my own work. That’s not to say that Undervolt & Co. is over though. I am still thinking of reformatting it. In the meantime, we as Undervolt & Co. will be showing a bunch of our videos at Cleveland Museum of Art’s annual event called Solstice this year, and projecting our videos onto the museum’s facade. We actually participated at the same event last year also were invited back. I’m quite excited about this!