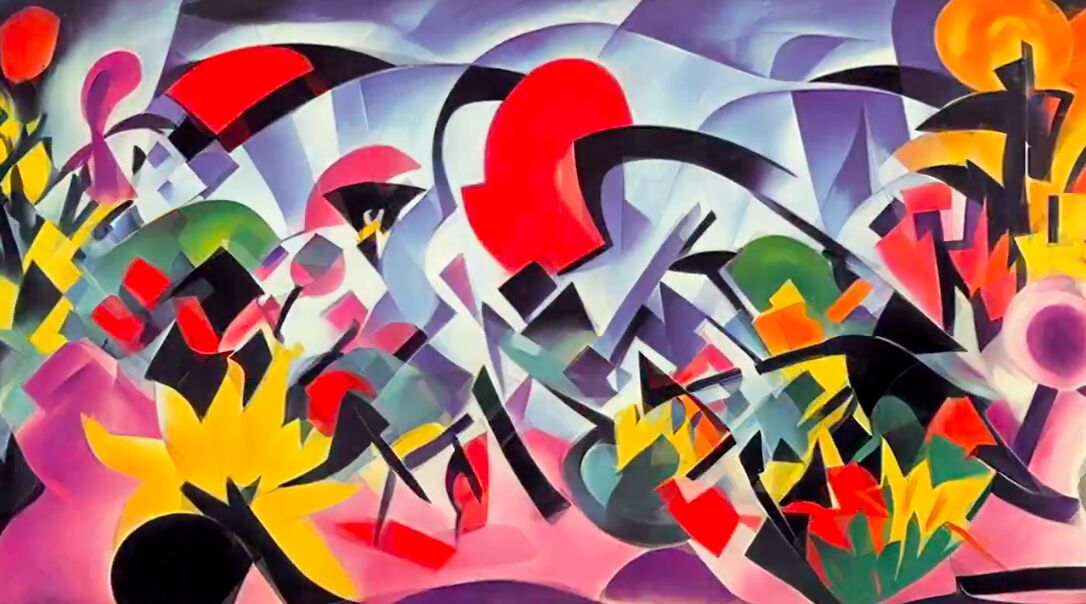 Having studied musical composition, music and aesthetics are intertwined in Miller's practice. Applying principles drawn from musical composition onto time-based imagery, Miller uses music as a model for the designs of his animations. With his first introductory release Visual Music on Sedition, we conducted an interview with Dennis Miller that revolves around his background in music, his inspirations and the commentary on the works in the first collection.

In Evolver, Miller experiments with boldly colourful compositions, surrealist style and geometric forms that echo back to the works of some of the pioneers of modern art such as Joan Miró, Wassily Kandinsky, Salvador Dali and Paul Klee. The new collection is essentially an exploration of identity in the modern world. With the exception of Evolver IV, Miller uses a technique called 'interpolation' in each works works to instruct the AI to morph gradually between several hundred unique text prompts. Coinciding with the release of the collection Evolver, we made a video interview with the artist, exploring his latest investigation in the world of AI-assisted generative art. Watch the video interview to learn more about the concept behind the collection Evolver. 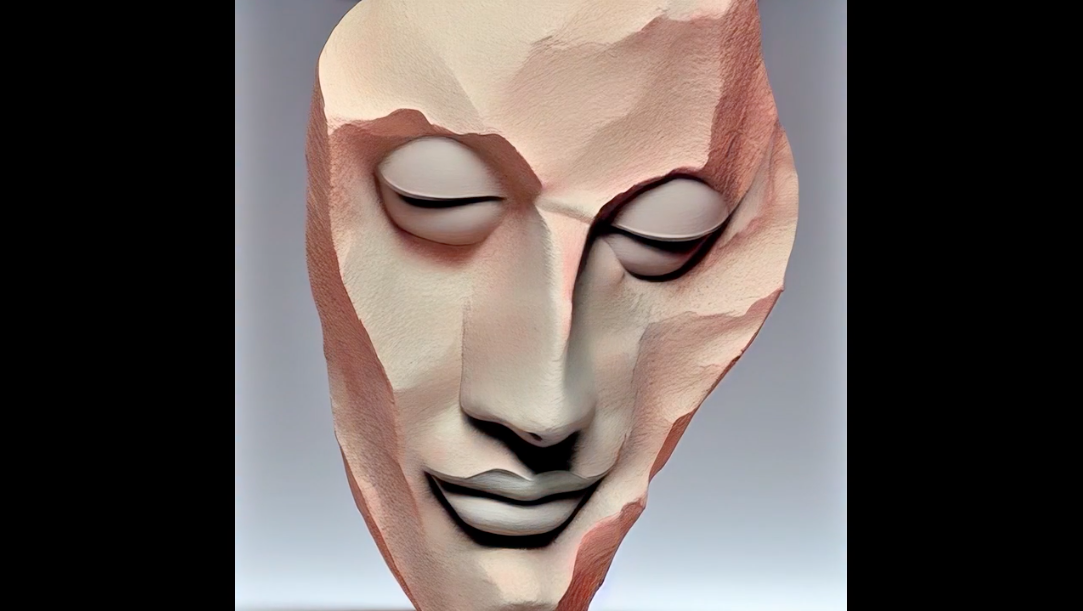 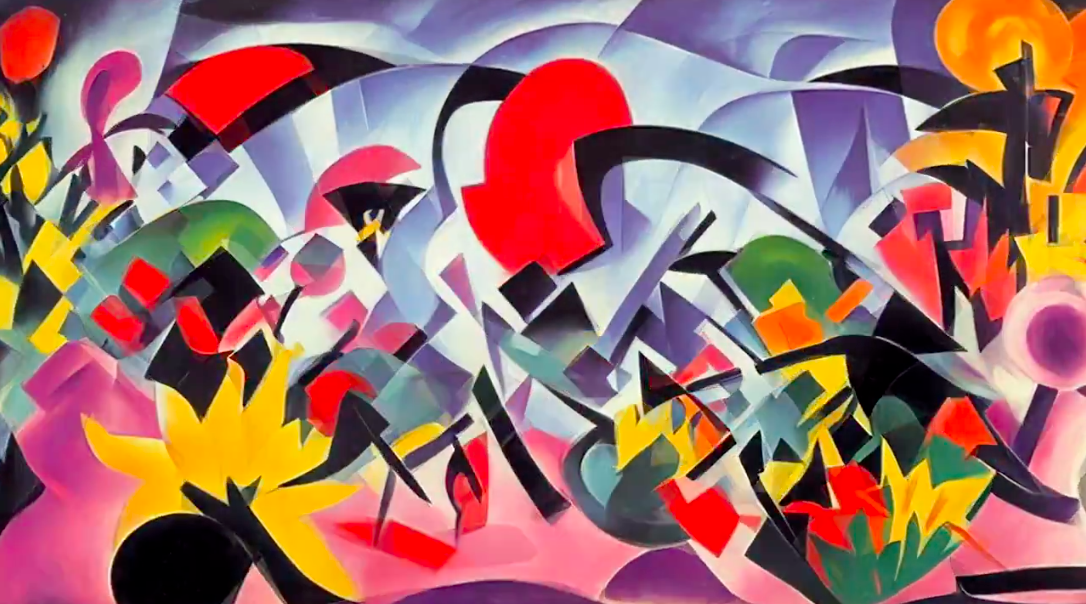 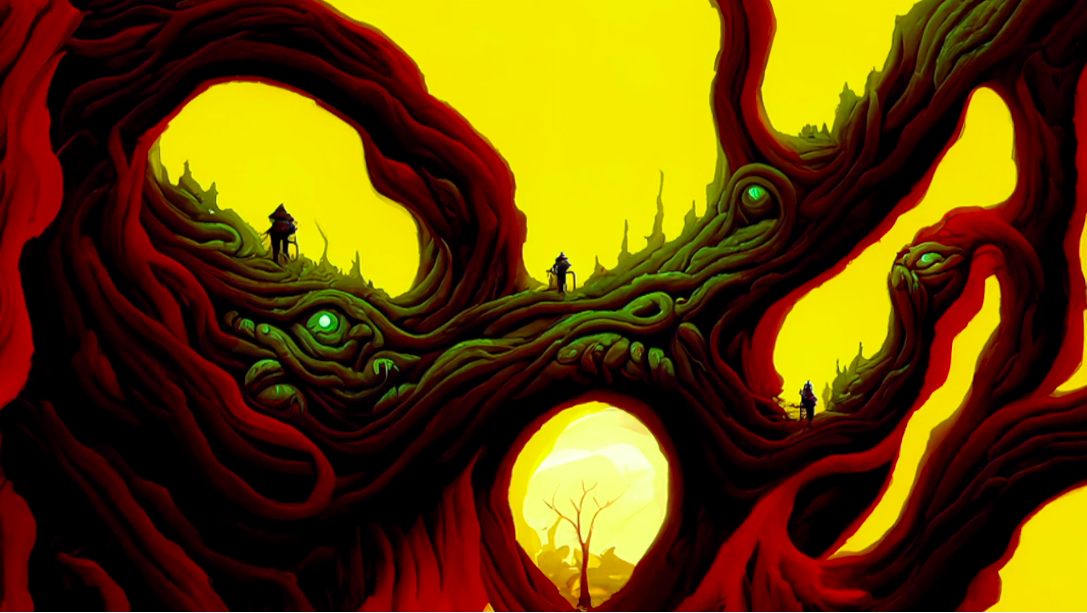 Sedition: Could you tell us a bit about your creative process and the making of your recently works launched on Sedition? 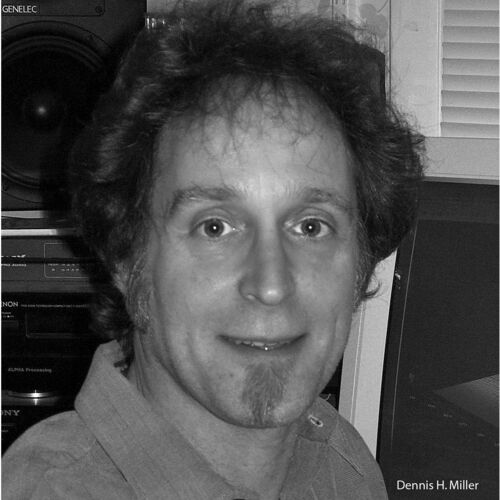 Dennis Miller My works at Sedition represent a variety of styles that I’m interested in. Color Wave, for example, is a bit more “decorative” and has more of an emotive soundtrack than some of the others. Particle Painting is the most accessible of the works, and its music has a very upbeat, “techno” quality to keep the mood light. Overdrive is a bit “edgy,” with a soundtrack to match. It was created using a dynamic filtering process to create a fluid-simulation effect. Among the others, On Point, which was created as part of a series called Point.Line.Plane: 3 Studies After Kandinsky, uses a particle generator to create a flowing stream of motion across the frame. 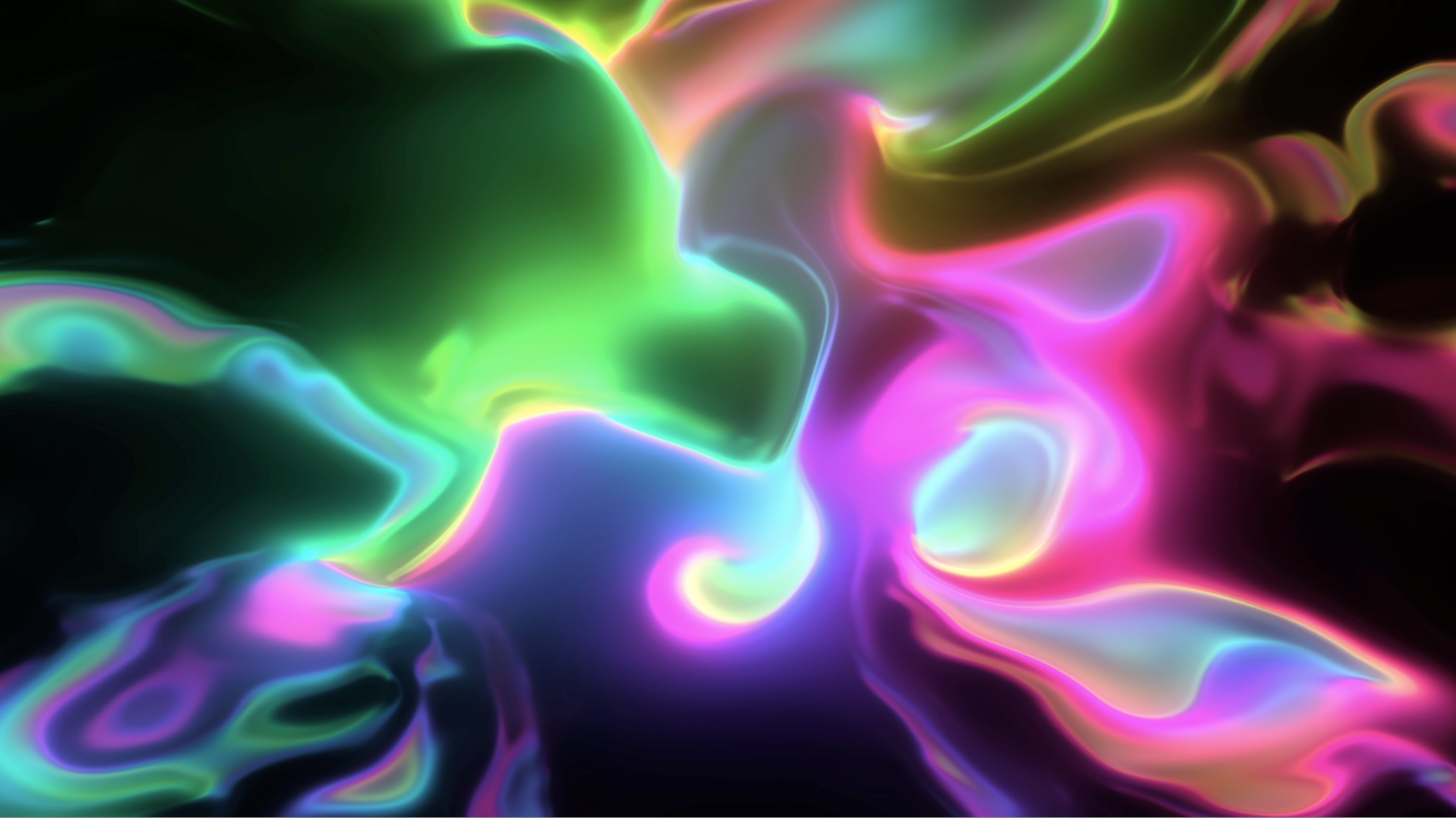 How do you define your creative practice? Is there any recurring theme in your works?

Dennis H. Miller: In addition to the frequent use of musical models, many of my works are based on attempts to explore new resources for generating imagery. In my film Blue, I use fluid-dynamics software, which is more closely aligned with scientific and engineering applications.

Another film, On Point, uses particle systems for its imagery, which is also commonly associated with scientific inquiry. Oftentimes I begin a new piece to explore some formal processes or mode of developing material, and of course, when I am lucky enough to get a commission, I am usually given specific guidelines that I need to follow to keep the client happy. 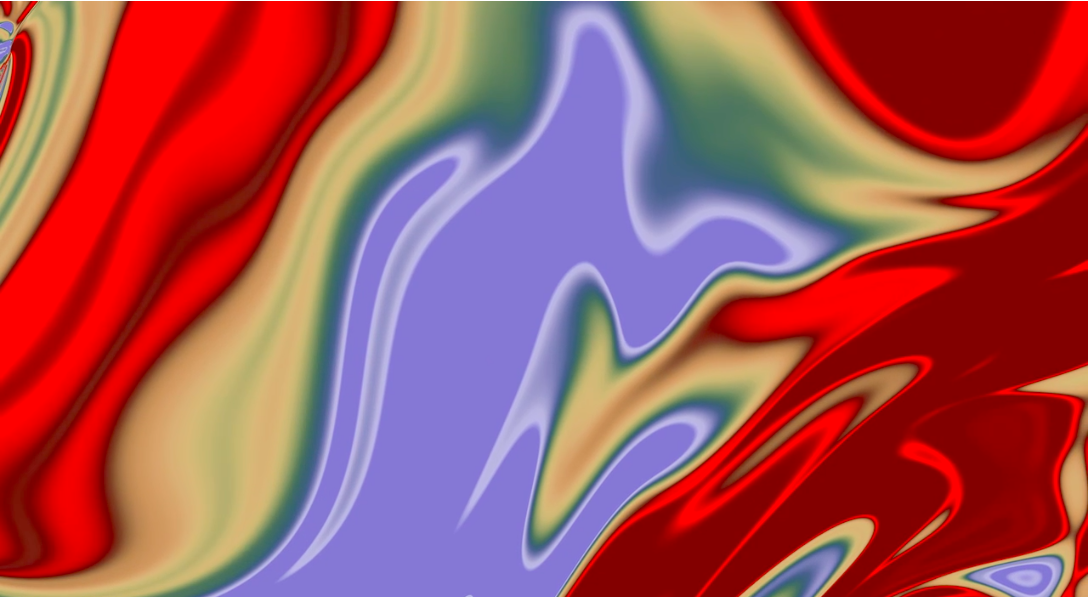 You did your BA in music composition. Looking at the beginning of your career as an artist, how did you make a shift in your creative journey, from music to visual arts?

Miller: All of my previous studies were in music composition, and that field is rather challenging to say the least: the interest in modern concert music is at an all-time low, and it was getting very difficult to have one’s music played on any sort of major stage. I spent a lot of time in graduate school exploring electronic music, but there again, most people don’t find it interesting to come to a concert hall and listen to music coming out of two (or more) loudspeakers with no other visual stimulus, such as a performer. So about two decades ago, I realized I needed to add another media to my work to make it more “accessible” (loosely speaking), and I began to study animation, colour theory and other principles of visual art so I could incorporate those into my work. 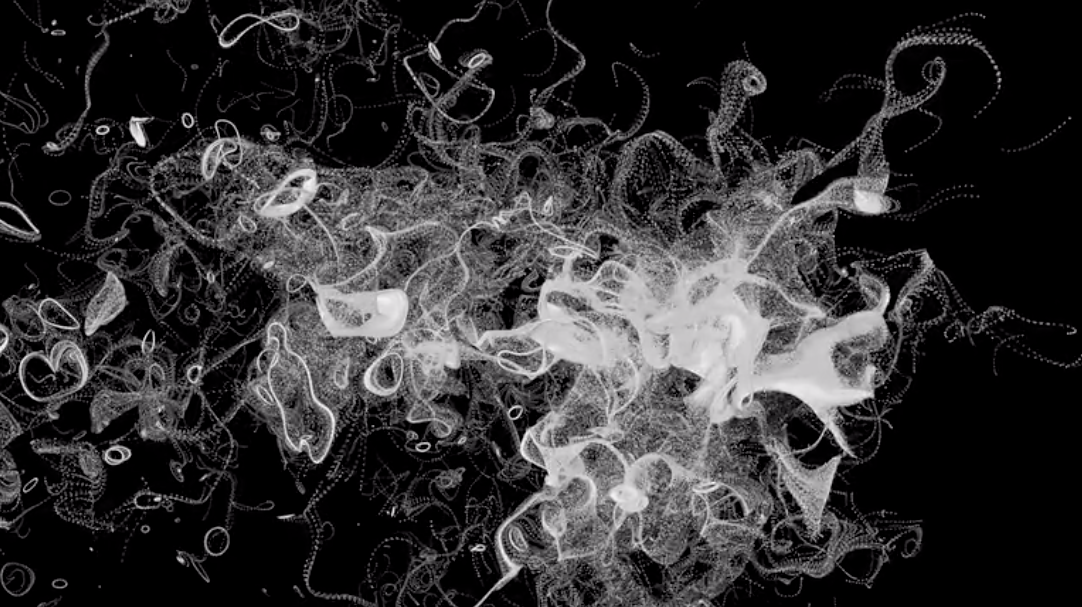 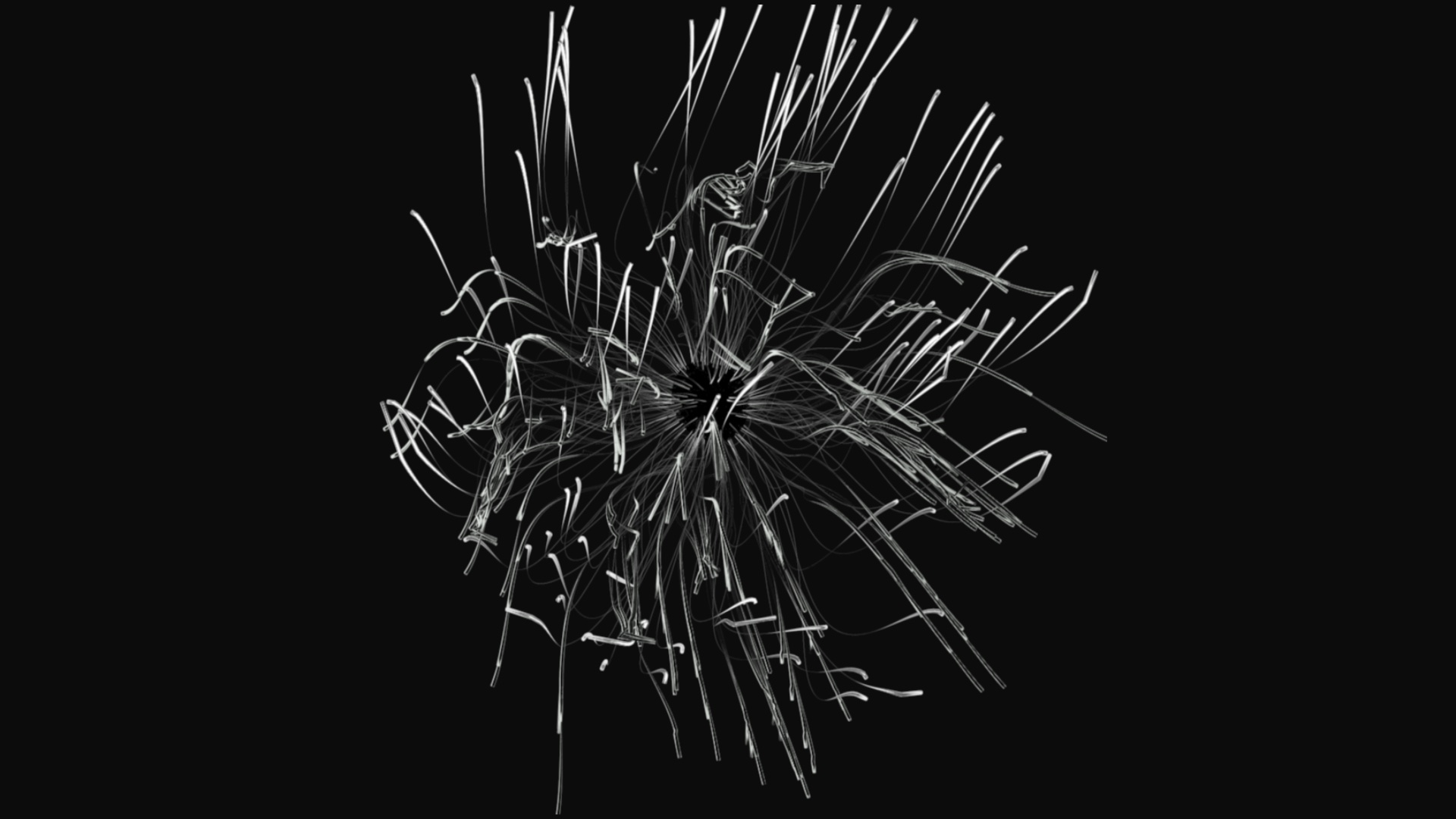 How did studying music shape your art practice?

Miller: My main interest in the visual realm is applying principles drawn from music composition onto time-based imagery. The concept is simple – without a storyline or narrative or characters, a piece of music can be organized from beginning to end based on pre existing models of form and structure or simply according to the composer’s sense of what works – intuition. So, for example, an animation could be created with a “main theme” that gets developed for a time (the “theme” could simply be the colour blue), a secondary theme that comes along and has its turn when the artist wishes (that might be red), and a final theme (green?) or the return of the main theme in a varied form. All of this would take place over, say, 5 minutes, with a considerable amount of variety and modification of those basic elements along the way. And there we have a perfect “outline” for an animation that is based on a familiar musical structure.

So, in many respects, I, like many others in the past, am using music as a model for the design of an animation without employing any type of story or narrative or characters.

What are the ways in which you think your practice of working and your perspective have gone through significant change over the years?

Miller: The first change has been a vastly expanded understanding of the tools that are available. My first works were created in a scripting program called POVray, where the user literally composed the work in a word processor – there were no visuals at all until the script was rendered. I was “programming” the images. This approach appealed to me, as I had been using a similar method with a sound-programming language that required all instructions be written in a text editor, then that code was rendered by the program to produce a sound file on disk – only then could you hear what you were doing (I started this method many years ago using punch cards for input to a mainframe computer!). POVray was replaced with a more traditional 3D animation programmed called Cinema 4D, which required that I learn the basics of modelling as well as more details of lighting, texturing, etc. There have been other tools, and each requires a considerable amount of time to become even moderately “fluent.”

I’ve also learned that the relationship between sound and image can (and must) vary greatly. I was never interested in a strict relationship between the two, where, for example, the music got louder as the images got brighter, and in recent years, I let the two media go their own separate ways more often than not – sometimes the screen goes dark while the music continues, or vice versa. I think these two need to have a life of their own, in addition to enjoying a closer “relationship” that they can sometimes share.

I’ve also known for a long time that music can define the affect for an abstract scene – it gives the viewer emotive cues. I’ve spent a lot of time trying to compose music for my works that does not lead the listener in a specific direction – I prefer that they bring their own experiences and associations to the work without me guiding them towards a specific mood.

Alongside your animations, how’s your practice relate to photography?

Miller: I have a great passion for many forms of photography – in addition to land-based photo, I also enjoy astrophotography, “super-macro” photo, and crystal microscopy. All involve the act of seeing and framing/composing and, often, “colouring” the final image (for example, using a polarizing microscope to produce unusual colours in the crystal), and each hobby informs the other. My photo techniques are all influenced by my time-based artwork, and it, in turn, reflects ideas and concepts I often explore in photography.

Who inspires you as an artist?

Miller: Life, family, a beautiful day… All inspire me to work and try, as best I can, to put something of value back into the world.

There are many great artists and composers whose work I admire – Kandinsky, Miro, Klee, J.S. Bach, Stravinsky – but I don’t feel there is a direct connection, certainly not in any stylistic way, to my own work. I fell into the field of “visual music” pretty much on my own – I didn’t even know that what I was doing had a name – but I would certainly put Norman McLaren, Oscar Fischinger and Len Lye on my list of favourites, though most of the greats didn’t compose both their own sound and images (McLaren is the exception).

Could you tell us about your future projects? Are there any exhibitions or projects that you’re excited about?

Miller: It’s hard to say what’s next – the phone could ring tomorrow, and I would be off on a new course for several weeks. I just got a new M1 Mac, and the speed with which I can prototype some of the more processor-intensive techniques I mentioned above is astounding. This should let me move ever further into new ways to generate pictures.

I’ve also started to work with hand-painted images – Particle Painting is an example – and the new computer will greatly assist in that type of imagery. I have several screenings coming up – Portugal and California in the next month – and I will continue to send out work for consideration whenever an opportunity looks interesting.

Jaap Drupsteen: A Compilation of Revolution