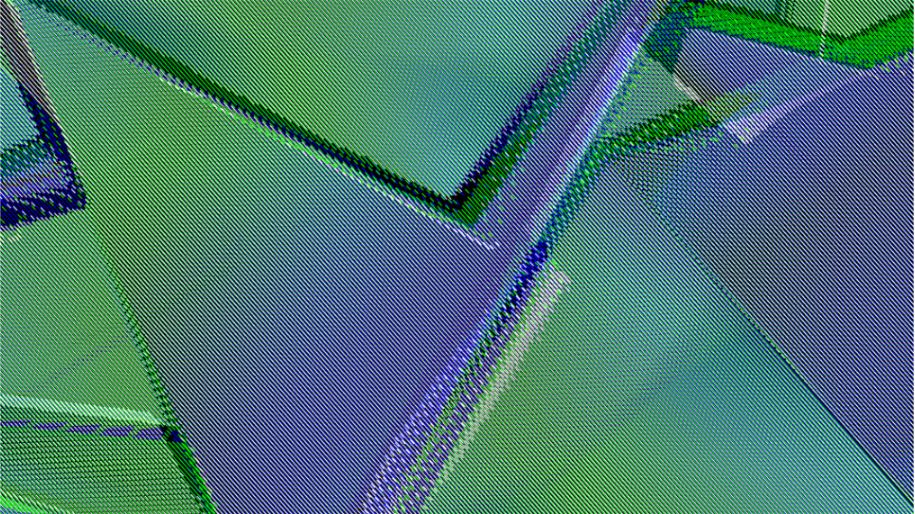 Casey Reas presents a new solo exhibition There’s No Distance at bitforms gallery. The exhibition, which opens on 10 September from 6-8pm and runs until 16 October, is Reas’ fifth solo show at bitforms since he joined the gallery in 2001.

The works on display in the exhibition resemble animation works, but the images are in fact software-based and continuously generated; rather than being stored in a file exported, played and looped, the visuals Reas produces are generated by an algorithm - a complex set of instructions written in code.

As the works are instruction-led and pre-programmed, they are in theory reproducible. However, the complexity of the algorithms - the complexity made available by software as an artistic medium - means that the compositional arrangements the works present are always unexpected. This, the artist says, suggests an inherent performativity to software.

“With visual arts, the work is ‘made’ in the studio, then it comes to the gallery or the cinema to be presented. With performance, the work (music, theatre, dance) is planned in the studio and then ‘made’ for the audience. My software work is more like a performance; there’s no distance between you and the image being made.”

As well as the performativity of software, There’s No Distance also explores software’s rendering of space. Central to the exhibition is the artist’s Still Life series which presents formal arrangements of digital information. The works bring the traditional medium of still life into contact with computational structures and digital space; pixels take on new pictorial resonances, and the still life composition comes under the influence of the virtual, and highly systematised, computational space. Reas thus creates a tension between measurement and measured, the chaos of ‘real life’ and the organising capabilities of computation. 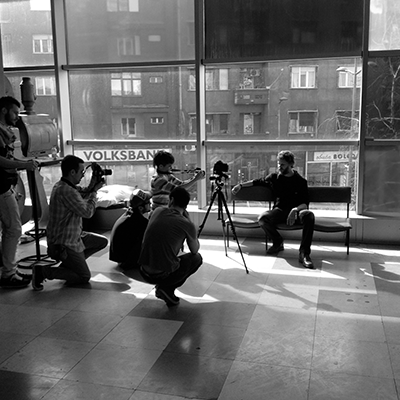