Reconciliation is a video work which forms part of an ongoing project whose starting point was a visit to the Holocaust History Museum in Jerusalem in 2012. The project takes its inspiration from a quote from Hegel: “Beauty contains ugliness, just as Truth conceals Lie, and for reconciliation to take place, beauty and ugliness must be reconciled into a concrete unity, that is a higher form of Beauty, which is also Truth”.

Reconciliation reflects on the connection between atrocities past and present. Through the careful arrangement of iconic imagery, the project confronts head on the contemporary overexposure and indifference to conflict and brutality. By exposing lessons unlearned the project looks unflinchingly at the fallibility of humankind and asks what morality is in today’s society.

The digital edition of Reconciliation created specially for Sedition, derives from a sculpture inspired by two seemingly divergent yet iconic historical milestones: the Holocaust and the crucifixion of Jesus Christ. Elliot positions two outstretched arms starkly against a backdrop, which fades in and out of recognisable natural surfaces, from moss to pebbles to coals.

The work aims to depict the reconciliation to Jews by sharing their respective wounds – the stigmata and the concentration camp tattoo, in a single object; an arm sculpted in Carrera marble. The piece accompanies an exhibition, Reconciliation, in London in December 2016 and a subsequent exhibition in New York. The exhibition will feature sculptural works, prints and videos, including an interview with the Holocaust survivor who lent the use of his story and prisoner number to the project. The work features music by composer Martin A. Smith. 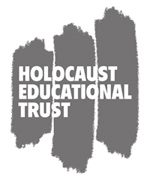 HD video [02:12] in your Vault
Your edition number
Your certificate of authenticity
Right to resell on Trade