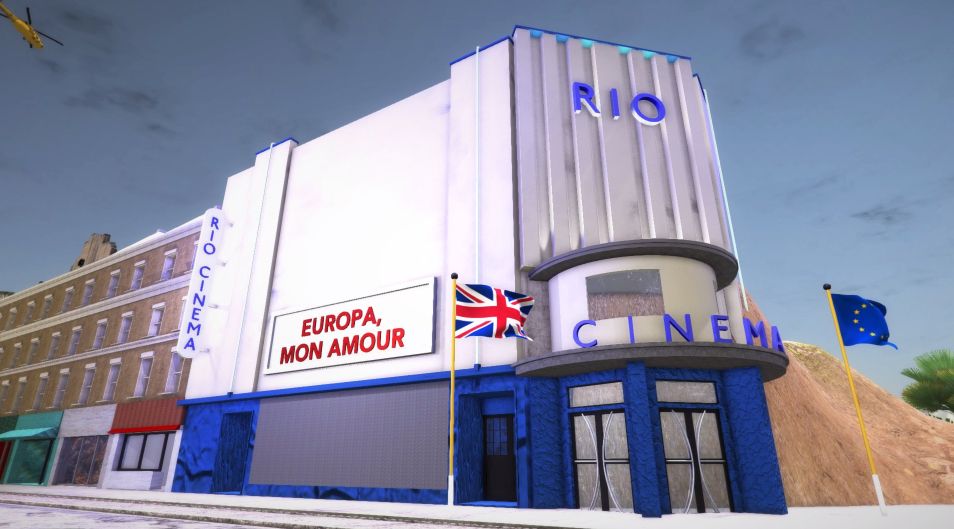 On 27 July, the Lumen Prize announced its 2017 longlist. Each year the prize seeks out and promotes the work of artist who creatively and innovatively engage with digital media. This year’s longlist will become a shortlist on 1 September before the winners are announced on 20 September at The Frontline Club, Paddington, London in the 2017 Lumen Prize Gala. Following the Gala the winning artworks will embark on a global exhibition tour.

Several artists from the Sedition platform have been longlisted this year. We’ve introduced their nominated works; look out for updates on their progress through the competition later this year.

Based on the architecture of the now-closed AVENUE artist-run space in Vancouver, Nicolas Sassoon’s animated GIF uses monochrome digital moiré animation and pixel patterns to make an isometric depiction of a building. The GIF size exceeds standard screen dimensions, making it necessary for the viewer to scroll through the work. AVENUE considers the representation of temporary spaces hosting cultural events typically undocumented and on the fringe of legality.

Europa, Mon Amour looks at dislocation in the context of the UK’s exit from the European Union. Using the Unity video game engine the work is an open-world simulation of a dystopian near-future London, in particular a post-apocalyptic rendering of the district of Dalston. The VR version of the work uses Oculus Rift DK2 Headset, Xbox 360 Controller. The video game version uses a HD Monitor and Xbox 360 Controller. The work can also be experienced as a video loop.

Screens of the Future by Universal Everything

Screens of the Future is an ongoing series of short film works which explore potential prototype screen devices based on emerging technologies. The work longlisted for the Lumen Prize is a compilation of the 22 moving image works made so far for the series; a quick succession of possible product demos and an exploration of the increasingly integrated relationship between humans and machines.

For REPÈRES (Landmarks) Karoline Georges presents a suite of black and white landscapes from Montreal, Vancouver, Toronto, New York, Amsterdam, Paris, London, Berlin and Hamburg. The artist has made a text-based intervention into each image. The project is inspired by Augmented Reality and land art, and presents the city as poetry, as more-than-real.

After Faberge by Jonathan Monaghan

Prints on Hahnemühle photo luster mounted on dibond, 43 in. x 57 in. (framed)

Nominated for the Still Image Award, Jonathan Monaghan’s After Fabergé is a series of five prints (Hahnemühle photo luster mounted on dibond) which combine the iconic Fabergé egg with components from architecture, furniture and computers to produce hybrid forms. The forms are simultaneously commercial products with ambiguous function, valorised without explanation, and uncanny non-living things.

Onformative’s installation True False is nominated for the Artificial Intelligence award. The work comprises a grid of discrete entities which shift between true and false, 0 and 1. Each entity is programmed to shift between these two states based on the behaviour of its neighbouring entities. The resulting work allows for the transition between 0 and 1 states to show its nuances, to hint at spaces-in-between. It also invites meditation on the behaviour of artificially intelligent groups of entities. From the two basic states (true or false, on or off, 0 or 1) extremely complex patterns and insights emerge.