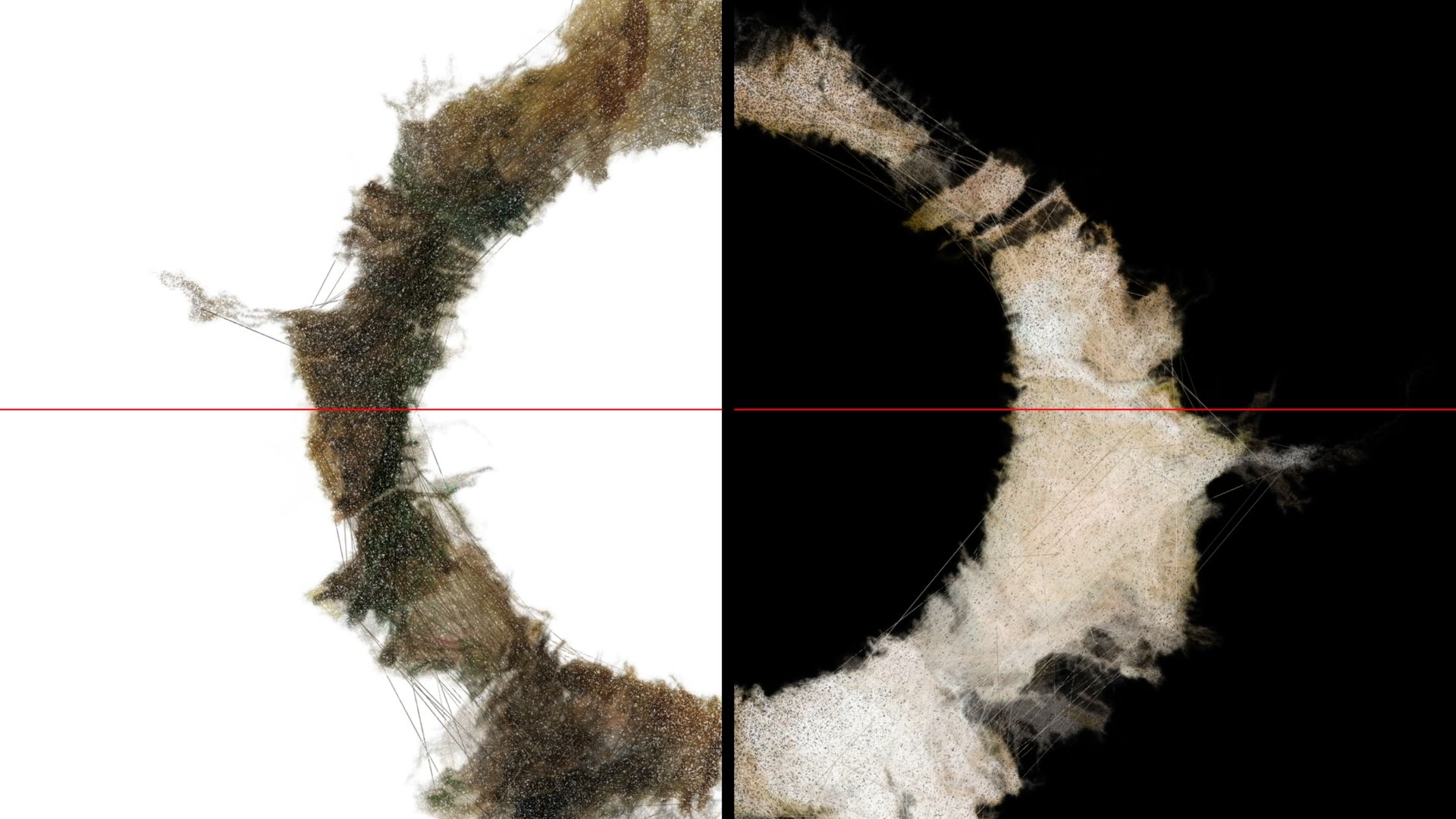 Sedition and FACT present a series of audiovisual works from Ryoichi Kurokawa’s syn_ collection at Sound City from 28-29 May 2016 at the Liverpool Waters Bramley-Moore Docks.

The popular annual music festival celebrates culture and creativity in the city through an impressive lineup of bands and DJs including Leftfield, 2ManyDjs, Hot Chip, Peter Doherty, and The Dandy Warhols. Held in conjunction with the festival is Sound City+, a marketplace featuring T.E.D.-style talks, debates and workshops and a showcase of independent record labels from the UK and beyond.

Ryoichi Kurokawa’s syn_ collection, a series of three video works will be displayed between acts throughout the festival on large screens on the main stage. The works, syn_mod.1, syn_mod.2 and syn_mod.3 combine audio and algorithmically generated imagery to create ‘sound sculptures’ which explore the idea of synaesthesia. By reframing digital works as sculptures Kurokawa challenges the way sculpture is commonly understood and encourages his audience to think about the relationship between the digital and the material. Read more on the artist’s processes in a recent interview.

The display of the syn_ collection at Sound City is presented alongside Kurokawa’s solo exhibition unfold at FACT, which runs until 15 June. This exhibition features a newly commissioned audiovisual installation created as a representation of the birth of stars using data from the Institute of Research into the Fundamental Laws of the Universe‎ (CEA Irfu, Paris-Saclay).